Sanju is all set to release its trailer today

The most awaited movie of the year ‘Sanju’ is based on the life of Sanjay Dutt which will decode various stages of his life in the movie. The movie is directed and written by Rajkumar Hirani and is produced by Vidhu Vinod Chopra. The movie features Ranbir Kapoor who will play the central character in the movie of Sanjay Dutt. Apart from Ranbir, there are other actors like Vicky Kaushal, Sonam Kapoor, Anushka Sharma and others who will play the character of people that is related with Sanjay’s life. 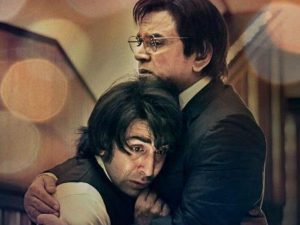 The trailer is set to release on Wednesday. The makers have decided to release the trailer at multiple location at the same time along with a press event in Mumbai. The trailer will release in not just one but 5 cities covering Mumbai, Delhi, Ahmedabad, Lucknow, and Kolkata simultaneously. The trailer will also be launched at PVR Delhi, PVR Ahmedabad, Jagran in Lucknow and Radio Mirchi in Kolkata. 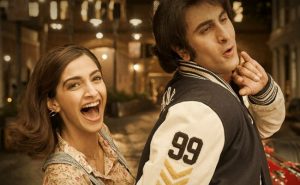 Sanju has already created a lot of buzz by just it’s teaser release. Ranbir has amazed everyone with the transformation of similar look alilke just like Sanjay in the teaser. After releasing solo posters of Ranbir’s varied look, the director took to reveal other characters of the movie through posters.

IN ZERO, SHAH RUKH KHAN WILL REPEAT WHAT HE DID IN SWADES

Actress Urvashi Rautela Is Not The Same Urvashi Anymore, Shares Cryptic Post on…

“I apologised to the Granth Sahib for not being able to live up to the promise” :…

Each lehenga from @raveenamehtaofficial ‘s glamorous Rajasthan wedding had a…

Actress Urvashi Rautela Is Not The Same Urvashi Anymore,…