As the first track from the upcoming movie- God Father, Thaar Maar Thakkar Maar releases today in Telugu and in Hindi , the viewers cannot stop but gush over Chiranjeevi and Salman Khan’s dapper moves. Introducing a never-seen before chemistry between the two mega stars, the song, just like the movie teaser, whiffs the spirit of super stardom. 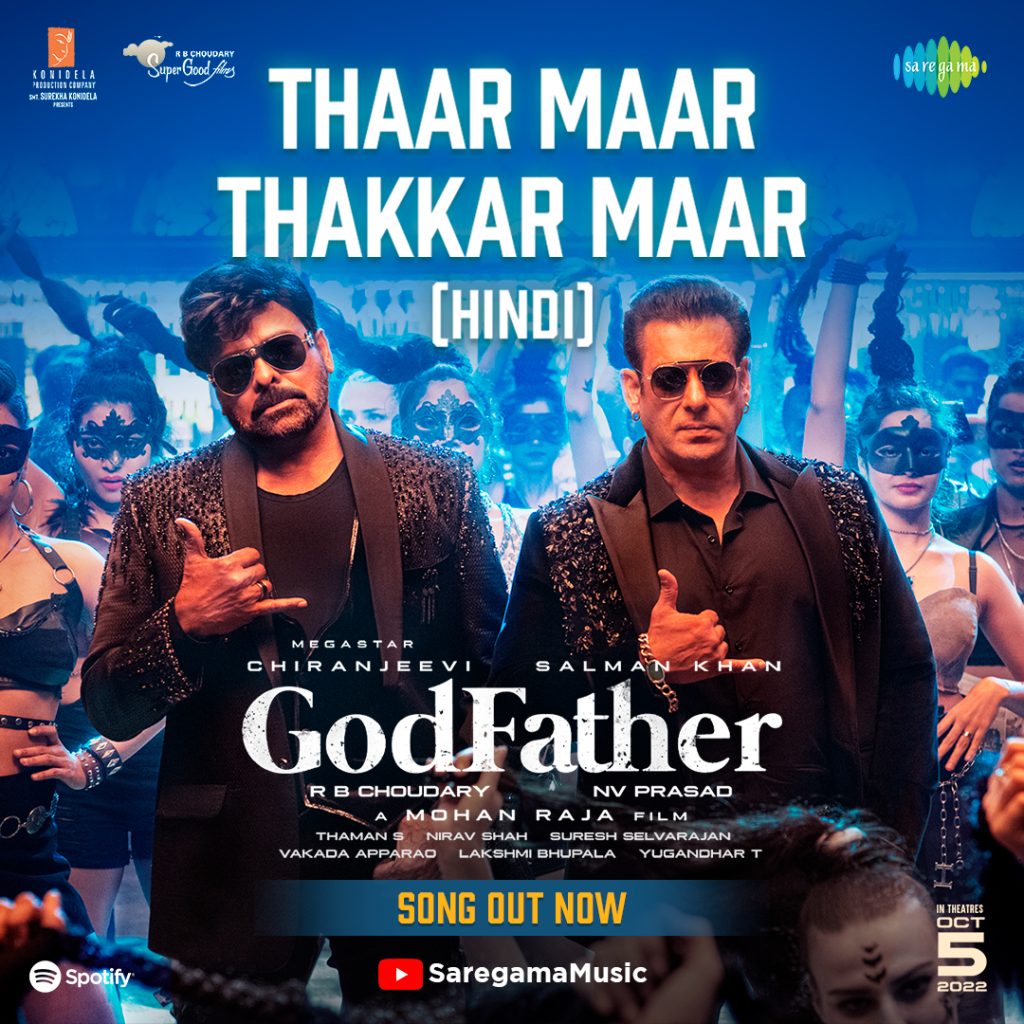 Donning black shades and black outfits on screen, Chiranjeevi and Salman Khan are a complete package on screen. Choreographed by none other than the legendary- Prabhudeva, Thaar Maar Thakkar Maar witnesses Salman, and Chiranjeevi effortlessly winning the audience’s hearts. 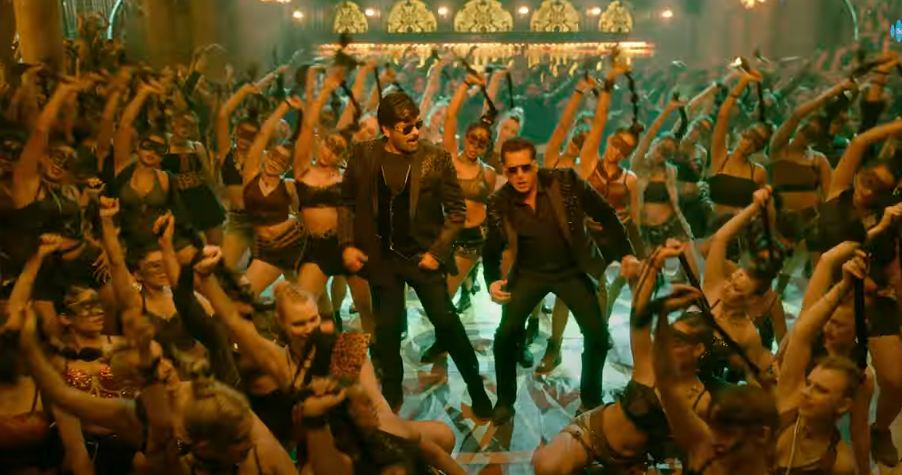 Composed by renowned star Thaman S, sung by Shreya Ghoshal, and crooned by the acclaimed Telugu lyricist Anantha Sriram, and Hindi Lyricist Vimal Kashyap , the song is a wave in itself. Initiating a new buzzword for all parties, Thaar Maar is the next big chorus for every room.

You can now catch this mega-buster number on Saregama Music YouTube channel and all leading music streaming platforms.