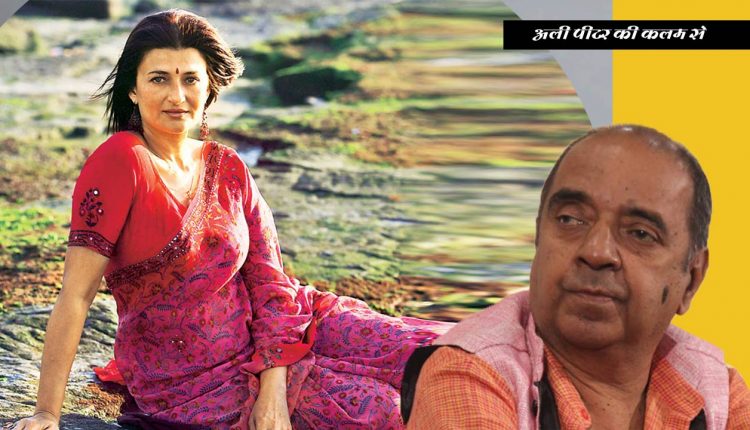 Sarika A Sweet, Sour And Even Bitter Success Story

Mrs Kamal Thakur once wanted to be an actress herself, but couldn’t and spent the best years of her life in promoting her baby daughter as a child artist and her efforts proved to be fruitful. She kept making the rounds of studios and film offices with her very beautiful baby and sometimes literally pushed her baby into the offices of filmmakers and forced her to sit on their laps and win their hearts with her baby tittle tattle and her baby turned out to be a very good winner of hearts and filmmakers were only too eager to cast her as a child artist. Her additional qualifications was that she could play a baby boy and a baby girl with equal ease… 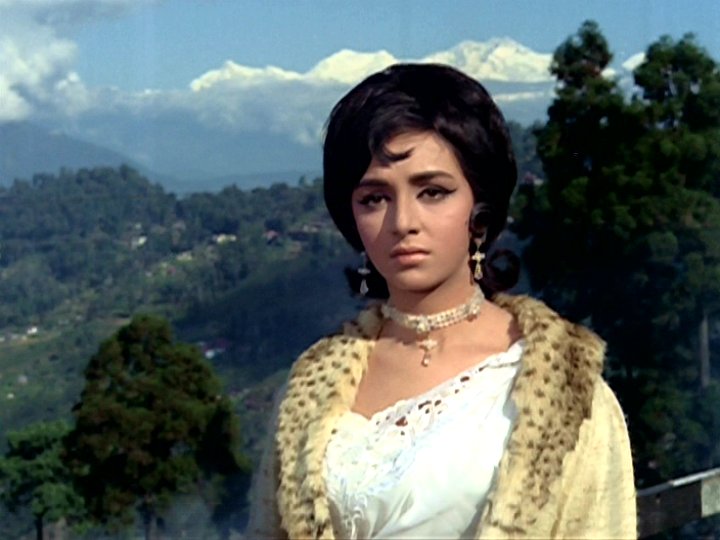 It was the veteran filmmaker B.R Chopra who gave her the first break in a child character’s role in his film,“Humraaz”in which her name was Sarika and that is how she got the name Baby Sarika….

It was as Baby Sarika and sometimes as Master Sooraj when she played a little boy that she became very popular and her living condition also changed as her mother Leite moving from one good place to another with the intention of raising her lifestyle which could make her ask for a higher fee in the films to come….

Baby Sarika went into a state of hibernation and came back to films as a sixteen year old heroine with another former child artist, Master Sachin and they played the romantic lead in Rajshri Productions’ “Geet Gaata Chal”which turned out to be a very big hit and made Sachin and Sarika a very popular and successful team and her clever mother even tried to create a love story around them which she made popular with the help of some journalists who were only interested in gossip about stars, but the“love story”did not last long as they both went their own ways in their quest for greater success. Master Sachin not only became a popular actor but also branched out as a director of both Marathi and some Hindi films, one of them being a film for Subhash Ghai. Sarika on the other hand made it in films which were not big enough to brand her as a star…. 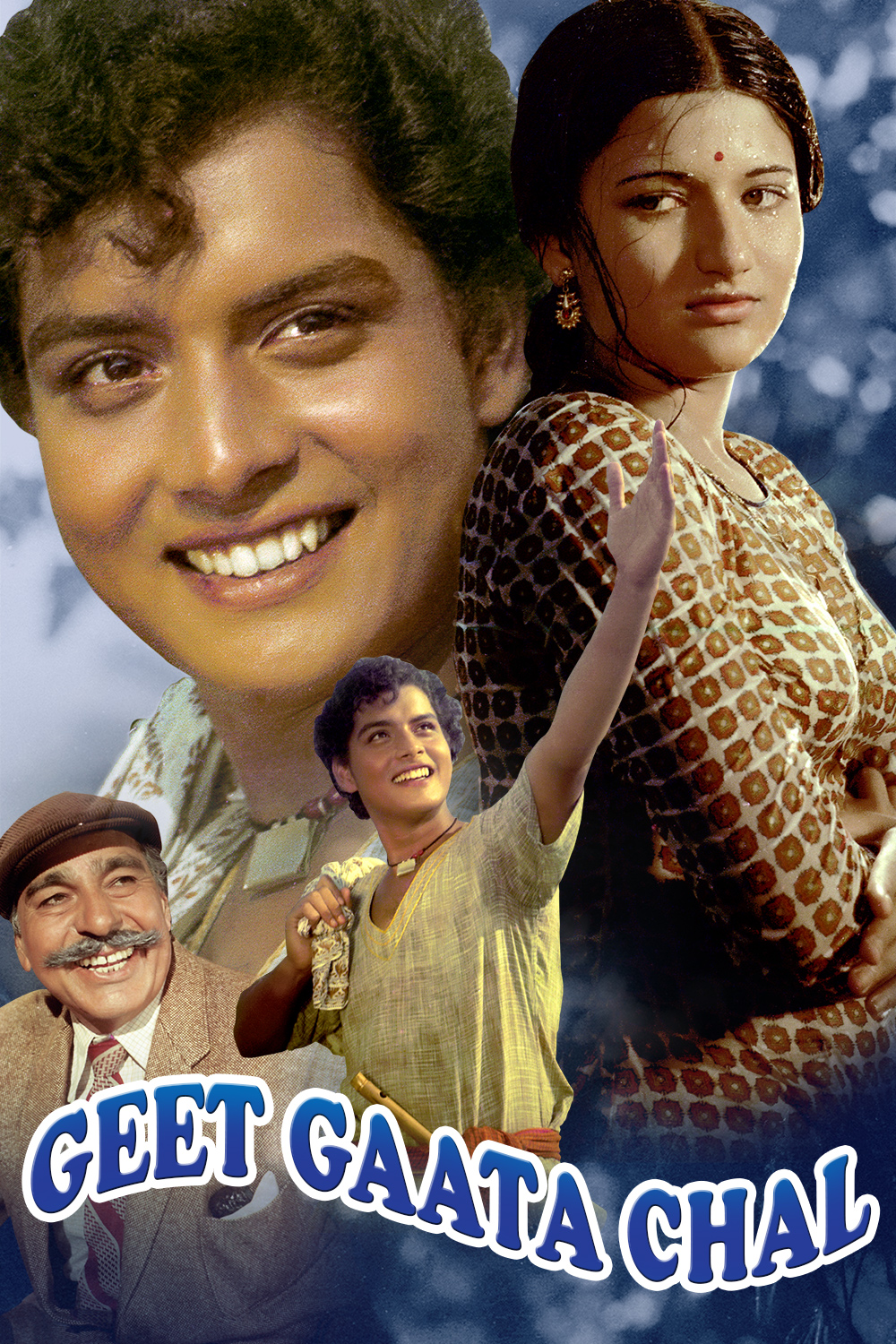 Frustration was apparently getting the better of her and it was while she was in this state of mind that she signed a very daring film called“Nirvaan”which was to be directed by Jalal Agha and would have Amol Palekar who was then paid two lakhs for doing a film and was known as“the poor man’s Amitabh Bachchan”and Tinnu Anand who was a brother-in-law of Jalal and the two had met and made God friends with during the making of“Saat Hindustani”, which as thee whole world now knows introduced Amitabh Bachchan to Hindi films….

The film which had a very bold and even enlightening subject as the title indicates required Sarika to take off her top and expose her bosom in the presence of the character played by Amol Palekar. The unit kept the scene a secret, but all hell was let loose by Mrs Kamal Thakur when she saw the scene and asked Jalal to snip out the entire sequence, but Jalal, the director refused as he felt that the scene was very necessary for the message of the film to be sent home…. 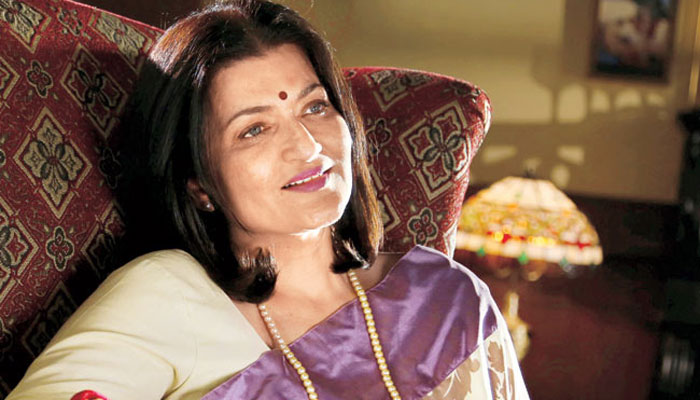 Life was never the same for Sarika after Mrs Thakur saw that bold scene and the mother and daughter had a major showdown and Sarika walked out of her own house in Bhanu Apartments and had her last word with her mother who she is set to have charged with having many illicit affairs with men, especially from the Gulf. Sarika left without taking any of her belongings with her and in just the jeans and top she was wearing and she had vowed that she would never return to Bhanu Apartments again…..

She called me the next morning to a room that was given to her by the local corporator, Mr Pushpakant Mhatre. It was a very painful sight to see her sitting on an old chair with just some old bedsheets and some of her clothes lying on the floor. She looked beautiful still, but she also looked like a fairy who had lost everything in life.

From that morning onwards, she kept moving from one paying guest room to another and playing any kind of role they could bring her some money to pay the rent and buy her some food….

I had a very strange experience at one of her PG rooms where I had gone to meet her as I felt it was a time when she needed some support desperately. It was both funny and very very serious when a whole team of Income Tax officials swooped down on her sparsely furnished room and asked her and me not to move till their search was over. I had to report to my office, but the IT official refused to even let me have a glass of water. The hectic search was over at around five-thirty in the evening and all that the very strict IT officials who raided the“house”of one of the most popular stars, Sarika was RS.32 and 50 paise. The IT officials felt sorry for Sarika and one of them asked me,“humko agar pehle hi maaloom hota ki yeh star log kitne kadke hai, toh hum hamara itna time kyon kharab karte”? It was a day Sarika may forget, but I can never…. 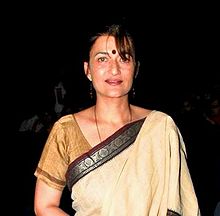 Sarika’s condition financially and otherwise was growing worse and some of her well-wishers adviced her to play the vamp in films and like it was a case of beggars can’t be choosers, Sarika accepted some of the most bold and negative roles which included a bold as bold can be role in Subhash Ghai’s“Vidhaata”and when Dilip Kumar and Shammi Kapoor who were playing the lead roles and had seen Some work as an actress called her and asked her why she was falling so low when she was a very exemplary actress and Sarika ran away from the Maurya Shereton in Agra….

Back in Bombay, she was again without a permanent house was mostly seen in the lobbies of five-star hotels and the now defunct Holiday Inn seemed to be her favourite. It was only much later that I knew why it was so. Kamal Haasan who had just broken away from his first wife, Vani Ganpathy was a regular at the hotel whenever he was shooting for a Hindi film. Within a matter of days, stories about their affair started making the rounds in Mumbai….

I recieved a call from my old friend Sarika one morning and she asked me to meet her in her apartment in Gulistan Apartments in Seven Bungalows. As soon as I entered her apartment, she burst out in excitement and said,“Ali, I am pregnant”. I could guess the connection and only asked her if she had let anyone else know. She only mentioned the Evening News of India and before I could reach my office, the news was out…. 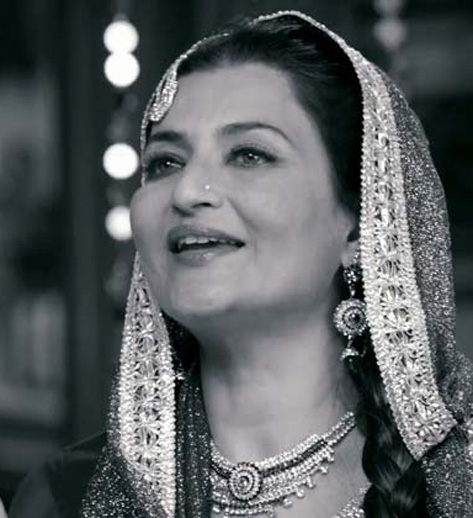 She soon had to leave Bombay and shift to Chennai and had a live-in relationship with Kamal and the whole lot of Kamal’s fans accepted her as“Sarika Amma”. They had their first daughter who they named Shruti and then their second daughter, Akshara and only then hosted a public reception to celebrate their marriage which became the talk of the entire country….

Sarika had now found some good reasons to live a comfortable life. Kamal also gave her the responsibility of being the costume designer and production designer of all his big and very ambitious films like“Hindustani”and“Chachi 420″and some of his Tamil films. She felt she had reached the pinnacle of her success in her career and in her troubled life ….

But, this dream also had to die. Kamal fell for Gautami, one of his heroines and Sarika was left in a state of shock. But she had learnt enough from life and left Kamal’s empire with their daughters and I was surprised to see her with her daughters in a building called‘‘Varun”across my house. She invited me for a cup of tea and told me all about her life till then and expressed her desire to start working in films again. The girls were taken away by Kamal and they gradually emerged as actresses and stars. 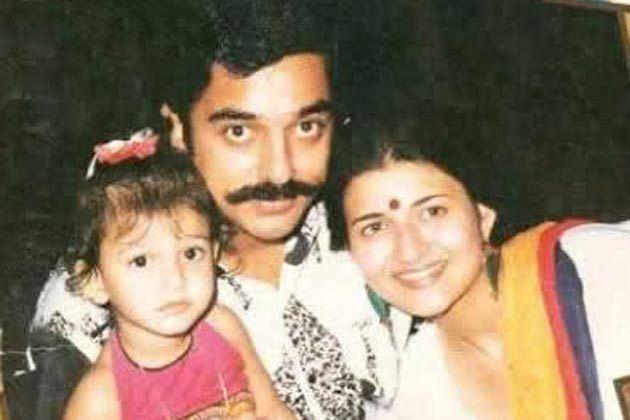 Sarika had to only make it known that she was interested in making a comeback and she received some of the best offers an actress at her age and stage could ask for. She played the leading role in an English film called“Parzania”directed by Rajat Dholakia which was about all that happened in a Parsi family in Ahmadabad during the riots in the nineties. Sarika won her first National Award for her performance. She played a role in a film called“Shoebite”with Amitabh Bachchan and a TV-serial.She was then seen in two dark films like“Manorama Six Feet Under”and“Babul”, an Amitabh Bachchan and Hema Malini starrer in which she played a widow whose head had to be shaven, but she did it all…

The last time I saw her was at the book launch of Deepti Naval (rumours had it once that both Deepti and Sarika were trying to get into the good books of Kamal, but Sarika had won, but for what? Only more and more pain even in an otherwise very painful life…

She was last seen by some friends at the bungalow of the veteran filmmaker Nasir Husain where the young actor Imran Khan and his wife were now living.

Where is Sarika now? Why isn’t she signing any more films? Why isn’t she being seen in public now when she is all of sixty? These are some of the many questions that are being asked about Sarika whose life has always been a bundle of questions and controversies.