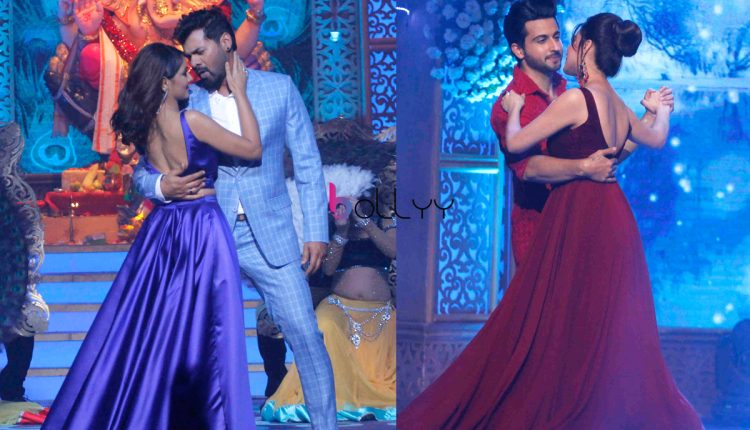 Ever since its launch last year, Zee TV’s top-rated primetime drama Kundali Bhagya has struck a chord with television audiences with its fine narrative, intriguing plot and well-defined characters played convincingly by some very talented actors – Dheeraj Dhoopar, Shraddha Arya, Anjum Fakih and Manit Joura who have become household names as Karan, Preeta, Karan, Sristhi and Rishabh respectively. With the festivities of Ganeshotsav around, the leads of the show are all set to celebrate Ganpati Bappa’s arrival with a four-and-a-half-hour entertainment extravaganza ‘Vighnaharta Bappa Morya’ on Monday, 17th September from 7:00 -11:30 pm. Joining them will be television’s popular faces including actors Ravi Dubey, Karan Tacker, Krystle Dsouza, Asha Negi, Additi Gupta, Shabir Ahluwalia, Sriti Jha and many others.

With entertainment at its core, Kundali Bhagya’s Ganesh Utsav will be a festive bonanza for its ardent viewers. Televisions favourite on-screen couple Abhi (Shabir Ahluwalia) and Pragya (Sriti Jha) will set the stage on fire and bring alive the romance with their act on chartbusters ‘Janam-Janam’ and ‘Dekhte-Dekhte’. Adding their aura and new-age romance to the festivities will be television’s most celebrated pair, Karan (Dheeraj Dhoophar) and Preeta (Shraddha Arya). The gorgeous couple will leave everyone spellbound with their dreamy performance on ‘Ishq Wala Love’. Well as they say, romance is always the way to a woman’s heart, our television hunks Shabir and Dheeraj surely know how to sweep their lady loves off their feet!

Along with these mesmerising acts, audiences will be in for a sizzling surprise by uber hotties Krystle Dsouza and Anjum Fakih, a power-packed performance by handsome duo Ravi Dubey and Karan Tacker and many more acts that will set the stage on fire and add to the grandeur of the Ganeshutsav festivities!