Big B and King Khan to collaborate after 10 years

The Shehshah and the Badshah of Bollywood is going to collaborate in the upcoming movie Badla, directed by Sujoy Ghosh. The upcoming movie will be a crime-thriller. Taapsee Pannu is already a part of the team. After working together in the movie Pink, this is going to be Big B’s and Tapsee’s second movie together. 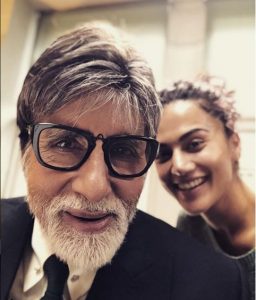 Talking about Shah Rukh Khan’s role in the movie, he will be producing Sujoy Ghosh’s upcoming flick. 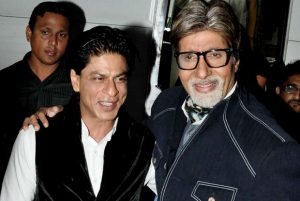 Talking to a leading daily, Sujoy Ghosh said, “When you get an actor like Amitabh Bachchan, half your battle is won as he’s every director’s delight and I’m extremely excited to direct him. Also, I have been trying to work with Taapsee for a while. This is the perfect story to collaborate with her on. My excitement is doubled now that the film is being produced by SRK. I couldn’t have asked for a better team and now it is time for work.”

“I thought it was superlative material for AB Sir and pitched it to him. Taapsee was already on board, SRK also loved the source material and the collaboration happened seamlessly,” he added.

Amitabh Bachchan who is very active on his Twitter handle, announced the beginning of the film’s shooting via his account writing, “T 2837 – “BADLA” , the film starts now .. I mean NOW in Glasgow .. all the very best Sujoy .. fatafati .. !! Joining you soon .. and greetings to the Producer and Production teams and crew ..????.”

Badla is a remake of Spanish film The Invisible Guest (Contratiempo).

Baby Taimur proves that acting runs in his blood; Imitates Daddy and Mommy during Yoga Sessions

Sanjay Dutt And Madhuri Dixit Will Be Seen In Kalank After A Decade.