SHAHID KAPOOR TO TAKE A PATERNITY BREAK POST THE BIRTH OF HIS SECOND CHILD?

After Padmaavat, Shahid Kapoor is working really hard for his upcoming movie Batti Gul Meter Chalu. Shahid is a talented actor but when it comes to being a father, he is just like every other normal father at home. Shahid Kapoor and Mira Rajput is now all set to welcome their second baby after Misha Kapoor and the recent buzz suggests that Shahid will be taking leave from his professional work to give all his time and attention to the newbie. 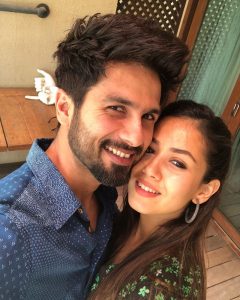 Shahid keeps on posting many adorable pictures of Misha on his social media handle which clearly proves that Misha is daddy’s little princess. The actor even took break when Misha was about to born and now once again the would-be-father of two is expected to take a month-long paternity break after wrapping up Batti Gul Meter Chalu. 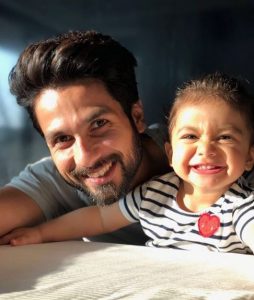 According to a leading daily, a source informed, “Shahid’s wife is due in September, so he will take about a month’s break to be with his family, post which he will resume AR’s shoot.”

Shahid will be also seen in the Hindi remake of the Telugu movie Arjun Reddy in which he will be seen in a completely new look where he will be growing his hair and beard.

IS DEEPIKA PADUKONE A SECRET HOLDER TO RANBIR KAPOOR’S SECRETS?

5 THINGS THAT WE LOVED ABOUT VEERE DI WEDDING!