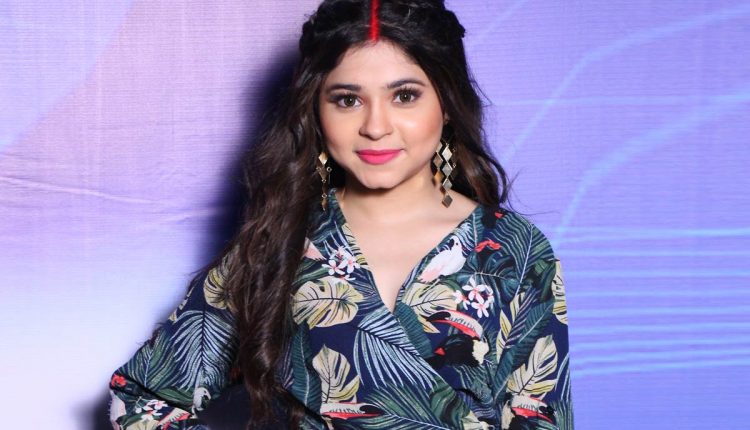 Shivani Badoni Is Thrilled That Kids Are Loving Her Character

Rajan Shahi’s show Baavle Utaavle has taken a 3 year leap and brings an exciting new spin to the story along with some new faces in the cast. Speaking about the changes, Shivani the lead of the show says, ”The main change in Funti’s character is that she is going to hate Guddu who she used to love a lot. She thinks that he is a casanova who plays with the feelings of the girls. She wants to stay away from him. Apart from that Funti used to be very shy and quiet. But now she will stand up a lot more than she used to. But the biggest change is that ‘Funti Ka Pyaar uska dushman ban chuka hai’ and now she hates Guddu.” Shivani is also excited about the new look which she has been given. “My new look is modern and fresh. In a way I am thankful that in my first show I got to experiment with my character.  So after having a traditional Indian look, now I have got a very modern Indo-western look.”  What is the best compliment you got so far for your character? “Kids are loving my character and whenever I go out,  small kids come to me and click pictures with me calling me Funti Didi. Once I was sitting at a restaurant with my mom and a small girl came to me and said ‘Aap Funti did ho na?’ I said yes. She said you are so sweet, I watch your show every day. Can you please click a picture with me? So she was the first fan who came and clicked a picture with me. That is something which I would never forget. It has been the best compliment till date.”  Commenting on  producer Rajan Shahi Shivani says, “Rajan sir is a brilliant man. His vision is very clear. He knows what he wants to do and I really appreciate the fact that he gives a chance to known and unknown faces. He gives opportunity to new people and he is known for that.  I am lucky enough to be one of them and I got a chance to be lead in his show. I will be always grateful to him.”