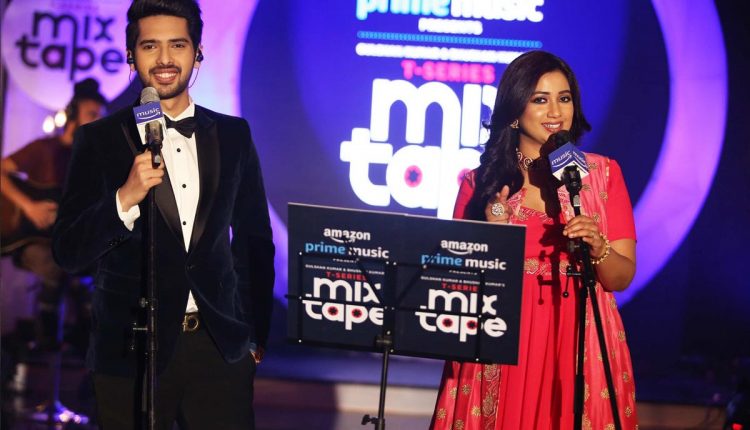 Coming together for the first time ever, Shreya Ghoshal and Armaan Malik are sure to create magic. Music lovers will get to witness Armaan Malik take the soulful version of the much loved song ‘Tum Hi Ho’ and turn it into a peppy number worth shaking a leg to. The lovely Shreya Ghoshal will also be seen adding her special touch to the song as she effortlessly merges it into ‘Rehnuma’ which was originally sung by her in the movie too. Amazon Prime Music listeners will be the first to enjoy this song exclusively.

Sahas Malhotra, Director, Amazon Prime Music, says, “Shreya Ghoshal and Armaan Malik are indeed among the top most requested and streamed artists on Amazon Prime Music. With our association on T-Series’ MixTape season 2, we are excited to bring this never heard before rendition of Tumhi Ho & Rehnuma for Prime members exclusively first, all ad free and voice enabled only on Amazon Prime Music”.

Music Director for the show, Abhijit Vaghani further adds,“This is going to be one spectacular episode. We have changed the arrangement and tempo of the song from a sad slow version to a funky one using brass and strings. We are sure people will love it”.

The Secret Of How Ridheema Tiwari Stays Beautiful!