Sonam Kapoor and Anand Ahuja straight out of fairytales!

Sonam Kapoor Ahuja and Anand Ahuja tied the knot on May 8, and since then the celebrations do not seem to end for them. Natasha Poonawalla, who is a close friend of the couple organized a party for the couple at her residence. It was a star-studded event as most of the biggies of B-town like Karan Johar, Malaika Arora, Karishma Kapoor and Amrita Arora attended the celebration.

Sonam’s family also attended the event, but all the limelight was on the star couple. Sonam and Anand defined the definition of perfect couple and made the heads turn.

Sonam was seen wearing a glittery dark blue off-shoulder gown, while Anand complemented her wearing a suit. These pictures of Sonam and Anand from the event will surely make you believe in fairytales. 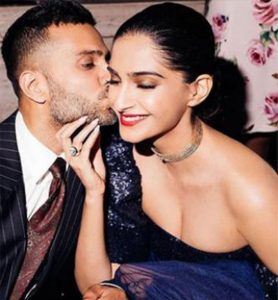 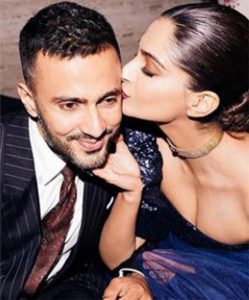 Here are some more pictures from the event: