Sonam Kapoor is the true example of modern working women as the actress recently got married to her love Anand Ahuja and it’s barely a week, Sonam is back to work. The actress travelled to France to be part of the Cannes Film Festival, landed at the French Riviera and attended a gala dinner hosted by the NGO, Positive Planet Foundation. 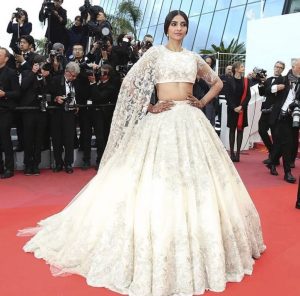 This year marks the NGO’s 20th anniversary where Sonam was the guest of honour at the gala event. The actress donated an outfit from her personal collection and had dinner with the highest bidder. 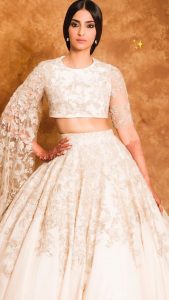 According to a leading daily, a source said, “Sonam was the guest of honour at the gala, which included a contemporary art auction orchestrated by renowned Swiss art collector Simon De Pury. The proceeds of the auction will go towards the NGO’s programmes for women’s empowerment in Sub-Saharan Africa, Middle East and priority neighbourhoods in France.”

About the event, Sonam said, “Since the NGO has done inspiring work for the last 20 years, I wanted to support and encourage them to undertake more noble endeavours [to alleviate female poverty].”

Jacques Attali, president, Positive Planet Foundation, said that they decided to have Sonam as the guest of honour because of the impactful roles she’s done in films. “She has managed to bring colourful and unforgettable characters to life. She is an inspiring, engaging and positive personality. We were honoured to have her.”

Sonam Kapoor will be back to India on May 17.

AAMIR KHAN ON QAYAMAT SE QAYAMAT TAK: I WAS VERY UNHAPPY WITH MY WORK