Dhanush is one of the most brilliant actors of the South Film Industry is in the headlines for getting separated from his wife Aishwarya, they both have shared this news by sharing a note on their social media accounts that they both are getting divorced after 18 years and this news is quite shocking for the his fans who love him. 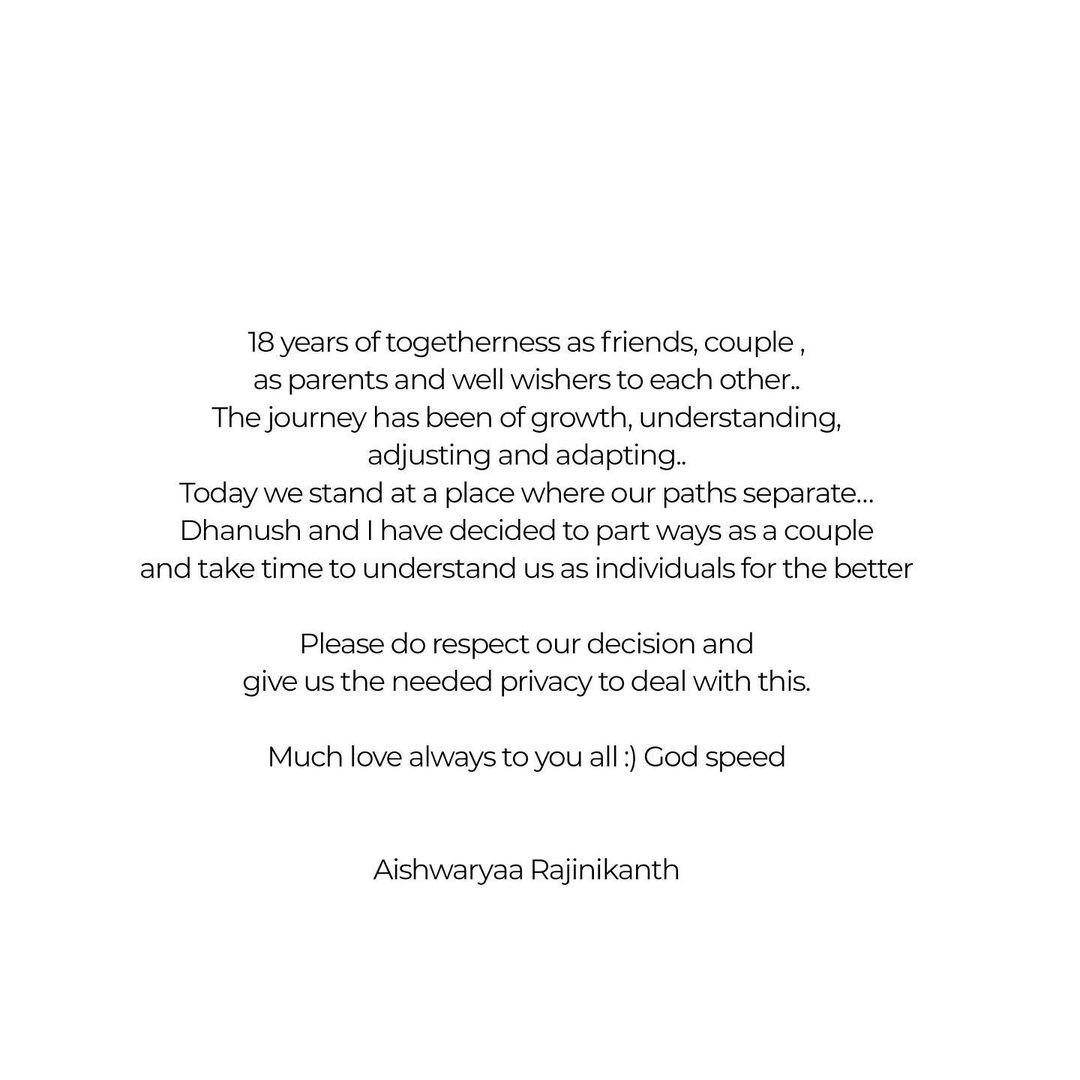 As we can see both are separating as a couple and they have said that they both have taken this decision for our better future, and asked from their fans to respect their decision and give them privacy to deal with it, Let us tell you that Dhanush and Aishwarya were married in the year 2004 and they also have two children named Yatra and Linga.

Fond of web series? Celebrities recommend the titles you should not miss