“As an actor, you should strike the right balance between your work and home” GAURAV CHOPRA tells JYOTHI VENKATESH

Gaurav Chopra who had earlier acted in 2006 in Blood Diamond with Leonrdo DiCaprio, Djimon Honsou and Jennifer Connelly, has also voiced for Thor in the Hindi version of three franchises of Thor: Ragnarok, Avengers: Infinity War and Avengers: Endgame had also lent his voice for Jungle Cruise for Dwayne Johnson too.

Gaurav, by the way, is also the host of the travel show on Discovery Channel, Discovery Heritage, travelling the length and breadth of the country Trails: One District One Product.

Besides being the voice for these films, Gaurav is also playing the role of a South Indian super star, trekking all the way to Mumbai in a Netflix show.

Talking to me for nearly half an hour after a long period of time, over the phone recently, Gaurav Chopra reiterated that it has always been his endeavor to create an entirely new voice for the characters that he sets out to give his voice to.

“First of all, I make it a point to understand the intricacies of the character that I am asked to play as there is an entirely different dubbing industry here in India.

When people watch me in Jungle Cruise, I want them to forget who Dwayne Johnson is and just relate to me and the character that I play in its entirety.’

Gaurav laments that people in India have this already preconceived notion about dubbing.

”People tend to feel that dubbing necessarily has to be loud and sadly a vast majority of the kind of people that I have met have this condescending attitude towards dubbing as such.

However, I am very proud of the fact that people approach me to offer me the job of a voice over artist.

I had also given my voice recently to a Kannada film called Robert where Darshan is playing the leading man.

Believe it or not, the box office collections of Robert had even crossed 100 crore mark in the midst of Covid too’.

In fact, Gaurav proudly states that though producers come to him and offer him more money to dub their films, though there are several actors these days who prefer to dub, like Raza Mirad, Ravi Kishen etc, he is actually very choosy about is assignments and has in fact started declining offers to dub.

The reason , Gaurav says he started giving his voice even though he is an actor primarily, is that during the Covid, after he lost both his parents one after the other successively with the additional responsibility of looking after his 10 month old baby at home, he had no other alternative but to isolate himself and his wife, besides the child.”

Gaurav also adds that he has also been part of a Netflix show with Rana Daggupati called Rana Naidu in which Venkatesh is also a co-actor along with him.

The film is being made in Telugu but will be dubbed also in Tamil and Hindi. Gaurav also hastens to add that just because he is busy as a voice over artiste, it does not at all mean that he has stopped acting in films. 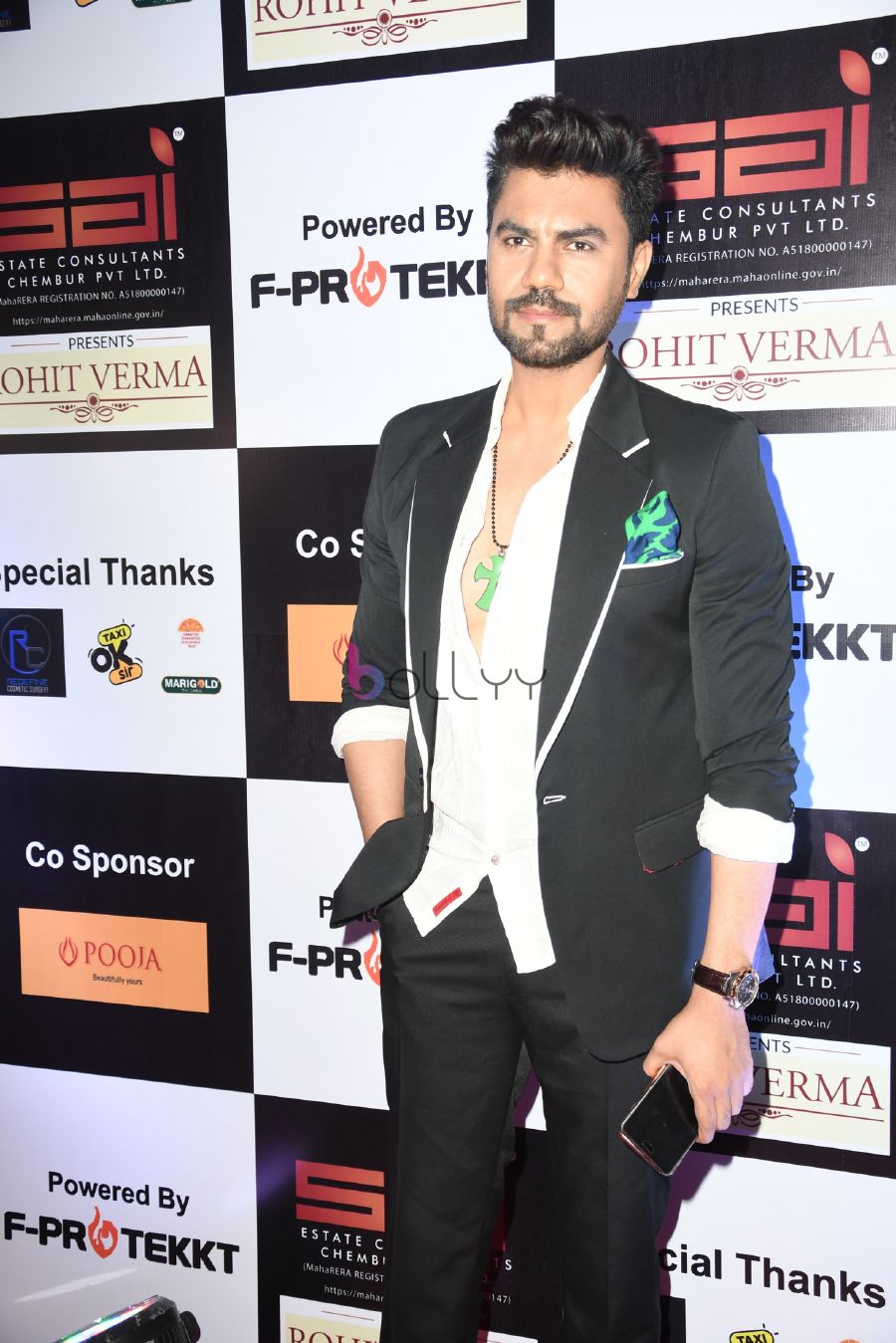 “I am actually playing the antagonist in the Akshay Kumar starrer Bachchan Pandey which is slated to release on March 26 next year.

If I am not having many offers from films as an actor, the reason is that there are far too many factors which are not in my hands.

Either I turned down some offers because they were not at all good, while some were good only in paper but did not turn out to be good when they were being executed and finally two or three films of mine got struck halfway through.

I have decided to do a film only if it is made by a big production house, which is financially very sound and not otherwise.”

Why is Gaurav not been seen in TV like in the past? I ask him gingerly and he shoots back without batting his eyelids.

“As an actor, so many factors tend to play. The reason why I do not sign on offers for any TV show is that I get offers to do many shows which are similar in nature.

I am of the belief that for an actor, the visual appeal ought to be as good as creative talent and there are enough of actors who are visually appealing today in the TV industry.

If I lend my voice, I do it for larger than life characters only because it is only an extension of my acting talent per se as I am not by profession just a dubbing artiste.

In fact, I feel that lending my voice for Thors was a little easier for me as an actor. Recently, I also did a voice over for a documentary.

My motto has always been to do the best and end up being the best in whatever I do, either as an actor or for that matter a voice-over artiste.”

In what way, have you grown as an actor as well as a human being from the time you had made your debut in the industry till now?

I ask Gaurav, who I have known right from the time he had set his feet in the industry.

“It is over 15 years since I had made my debut in the industry as an actor. To tell you the truth, today I am truly more humble than I had ever been before, For every ten unsaid failures, you end up with one big massive hit.

You truly grow either as a star or a human being. It is humbling if I grow as an actor. I have always tried my level best to remain unaffected by either success or failure as the case may be.

I believe in doing my work and leave it at that and go back home like an office goer.

I feel that your profession should be a part of your own life and not life itself and you have to strike the right balance between your work and home.”

Gaurav continues, sounding more like a philosopher and less like an actor. “It is a creative business where something creative is there and something which is only a business and sometimes you are exactly in the middle of it as you are actually waging a war in competition.

You have got to be viable creatively as well as commercially for the project that you set out to do. I feel that it is a very humbling experience for both.

You should not get drowned in the whole business of money and success because a lot of attention too soon in no time may turn you corrupt completely. I can vouchsafe as I know my flaws as well as my limitations very well honestly.”

Gaurav Chopra signs off. “Being an actor has made me more sensitive as well as aware of my plus as well as minus points too in a big way and taught me to use language as my tool as an actor , like it is for a journalist like you in your profession”