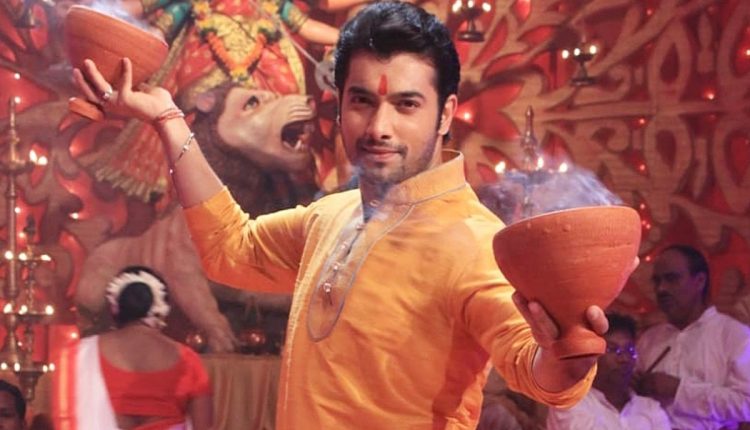 Ssharad Malhotra is on a roll these days. His portrayal of Raunak Singh in Muskaan is getting popular with every episode.In one of the recent episodes, we saw Ssharad wearing ghungroo and dancing. Now we will be seeing him doing the traditional dhunuchi dance in front of Maa Durga. The dancing style is well known in Bengal and is performed in front of Goddess Durga. When asked Ssharad says,”This is the first time I have done the famous dhunuchi dance for a durga puja sequence. It is yet to be telecast, but I really felt happy.” Ssharad who has been brought up in the city of joy Kolkata also adds, ”I remember as a kid we used to do pandal-hopping during Durga puja and it was such a delight watching the dhunuchi dancers perform to the various beats of the dhol. A beautiful synchronised form of dance where the energy and the vibes both are positive and happy.  Today for the first time I actually got an opportunity to learn and perform the same in my show Muskaan.” It is never too late to learn something new, Ssharad.

The Trailer Of The Family Of Thakurganj Unveiled