Star Cast Of “Tennis Buddies” Promoted Their Movie In Delhi

Dashata Patel, who is playing the main lead in the movie and is a tennis player in real life came along Charu Sharma to promote the movie “Tennis Buddies” in National Capital. The event took place in PVR Plaza, Connaught Place, Delhi. Suhail Tatari (Director), Anoop Wadhwa (Writer) and Akshat Maheshwari (Actor) were also present at the event. The movie is produced by Children’s Film Society India (CFSI). The movie will be released on 29th March 2019. 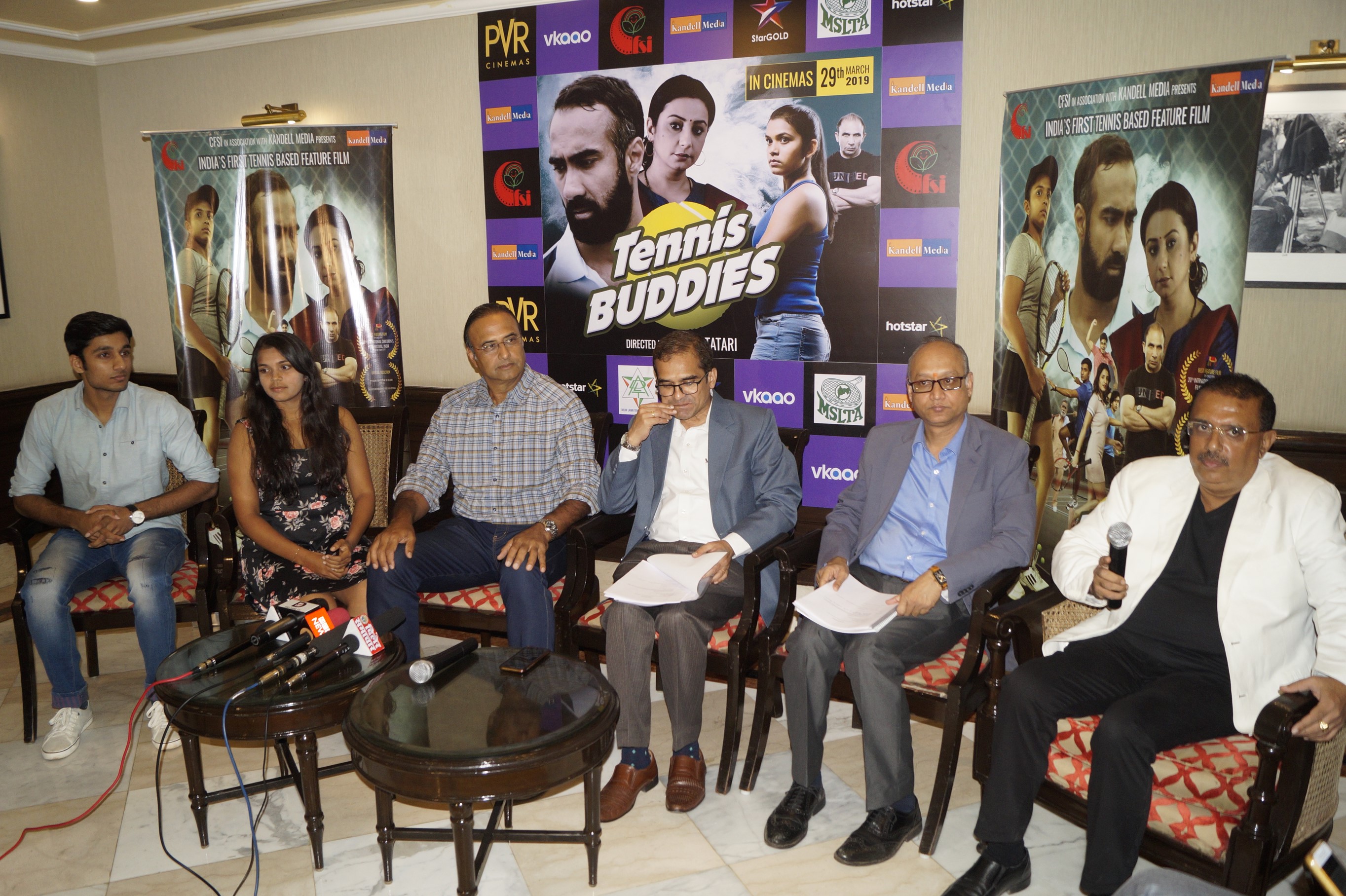 Present at the event Dashata told about her casting and preparation experience for the film, “I am playing the role of Anushka in the movie. I had to go for a lot of auditions to get selected for this role. After getting selected. I went through many training sessions. I worked hard on my fitness. I was very nervous while shooting with Ranveer Sir. He praised me for my punctuality on the first day of the shoot. I had a wonderful experience working in this movie.”

Charu Sharma spoke about the movie “There are many parts of the country where tennis is not played. So, there is a chance people may not understand the nuances of the game. But this a film where there is much more than just Tennis. There is also an emotional aspect in the film, which the audience will definitely enjoy. People will enjoy how we have portrayed the lives of the tennis players.”