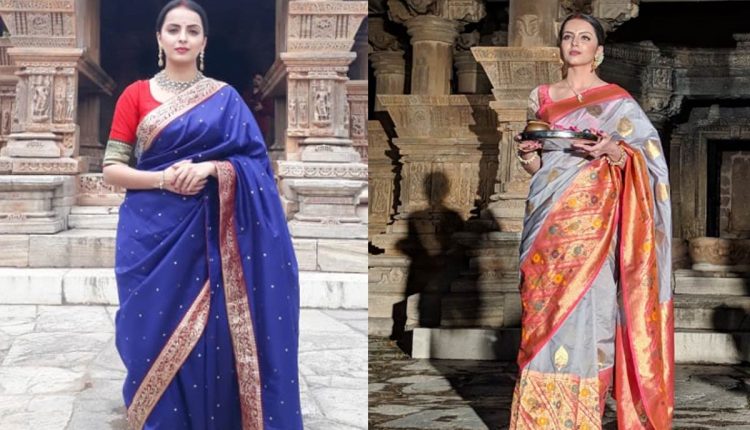 The show Ek Bhram – Sarvagun Sampanna is making all right noise owing to the unique concept.The team of the show flew down to a 1000-year-old heritage Saas-Bahu temple in Udaipur along with the lead protagonist Janhvi Mittal essayed by Shrenu Parikh. The main reason behind visiting this heritage temple is the significance behind it. It’s a temple dedicated to the mothers-in-law and daughters-in-law of the nation to glorify the relationship they share. A king back in the 10th century in Mahipala of Kachchhwaha dynasty got it reconstructed. It was a brilliant marketing strategy to launch the show at such an iconic place which was unexplored for years. With Saas Bahu serials being a day to day household phenomenon, this unique launch has grabbed enormous eyeballs, kudos to the team for such an unusual launch idea. The makers unveiled the promo of their show titled Ek Bhram- Sarvagun Sampanna starring Shrenu Parikh as Jahnavi, in a completely unique concept of an antagonist Bahu as opposed to the conventional docile daughter in law. Having piqued the interests of the audience with the introductory promo which features Jahnavi as a superficial daughter in law who pretends to be an ideal Bahu while she plots the disruption of her in-laws.  Ek Bhram-Sarv Gun Sampanna  directed by Sumit Sodani and produced by Dipti Kalwani, stars Shrenu Parikh and Zain Imam.

BCL Is The Only Show On Television That Can Marry Splitsvilla To Kasautii, Roadies To Nagin : Kunal, Says Pandit

Shashwat Tripathi Gets Candid About Role In YRHPK