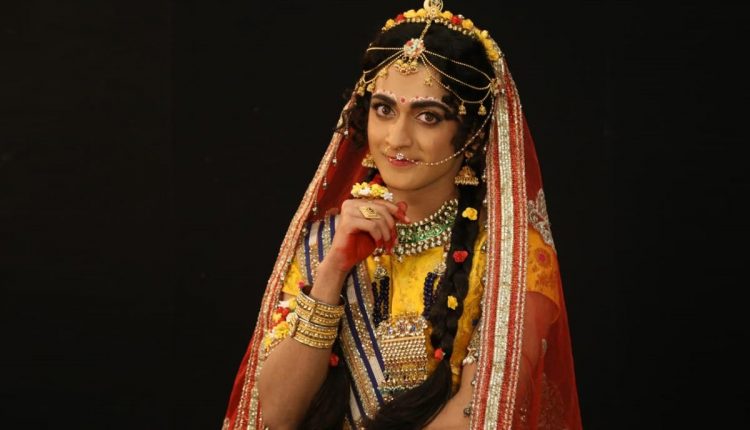 Storyteller Siddharth Kumar Tewary’s magnum opus mythological love story RadhaKrishn went on to become the greatest love story to be told on television with a show that is also a musical with 20 original Ras Leela compositions. The show is doing extremely well on the TRP charts and has maintained a consistent position in the top 5 shows on Indian Television!

The show introduced fresh faces to play the young Radha & Krishna & newbies Mallika Singh & Marathi actor Sumedh Mudgalkar respectively struck a chord with the viewers bringing a fresh breath of air & their chemistry has been visible on the show.

In an upcoming track, the light-eyed actor who plays Krishna, will be seen in an altogether different avatar as he’s dressed as a woman & from the photos looks pretty unrecognizable & makes for a fine woman.

A source close to the show shares development on the track, ‘The show progresses towards Radha’s Krodh chapter. She confides in her father & tells him that she hates Krishna & will marry whichever boy her family chooses for her. Krishna & Balram will crash the wedding albeit dressed as women. Towards the end everyone will eventually realize that Radha was actually marrying a demon. Radha will realize why Krishna did what he was doing.’