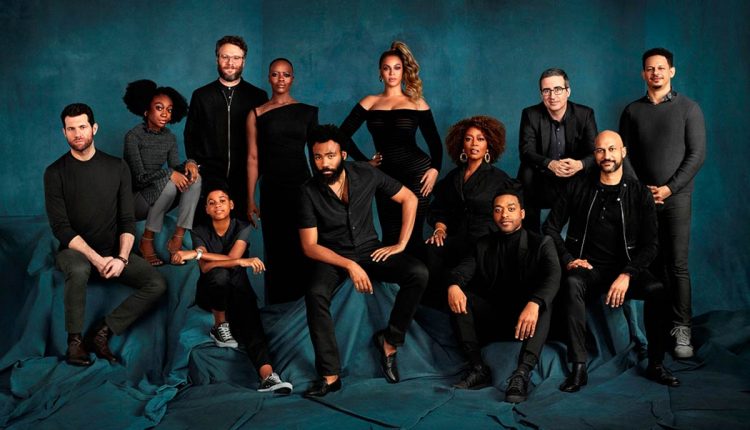 25 years ago, Sir Elton John and a genius team of esteemed musicians sang the music we still know and love today: that of Disney’s Oscar winning animation The Lion King! The film established an unparalleled musical legacy, brought alive by a breathtaking Oscar winning score composed by Hans Zimmer. Who can forget the fun anthem of life and optimism ‘Hakuna Matata’, the romantic and soulful ‘Can you feel the love tonight’ and the inspiring ‘Circle Of Life’ …iconic songs that have remained evergreen till date!And now in 2019, Disney is all set to present its legendary franchise and crown jewel – ‘The Lion King’ – in a live action version with ground-breaking technology that re-imagines the greatest story ever told. This one too, promises to cherish the musical spirit with re-imagined tracks by superstar Beyoncé and Donald Glover, as Hans Zimmer returns to compose the score.With the Hindi dubbed version of the live-action being hugely awaited thanks to the casting coup of Shah Rukh Khan and Aryan Khan as Mufasa and Simba, along with Ashish Vidyarthi, Shreyas Talpade, Sanjay Mishra and Asrani rounding up the coterie for the character of Scar, Timon, Pumbaa and Zazu respectively, we hear that the music will be getting a desi touch too!

The talented singing icons of India – Sunidhi Chauhan and Armaan Malik are all set to lend their musical touch to the Hindi soundtrack of the film! Armaan will sing – Hakuna Matataand sing a duet with Sunidhi for Can you feel the love tonightand Sunidhi will add her sensational touch to Spirit!Thrilled to bring forward the original legacy in a new avatar in the Hindi version, Sunidhi Chauhan says“While watching the original film, I have drifted with emotions – laughed and cried. So, to be a part of this venture was not only exciting, but something extremely close to my heart. I have beautiful memories of listening to the tracks of Lion King, specially one track – “Can you feel the love tonight”- which I have listened to on repeat mode on my long drives, on rainy nights of Mumbai. When you are a part of something great that already exists, you need to be closer to the original creation, not distort it, rather leave your own little touch. I have tried my best to justify the songs and the extraordinarily done visuals. The expressions of Simba, Nala, were so prolific, immaculate, that I knew I was in for something really interesting.”

Adds Armaan Malik, “After the massive success of Aladdin and the love I got from all quarters for my dubbing work in the movie, Disney India team brought me into the studio and said that they wanted me to sing the Hindi dubbed version of the songs of The Lion King, and I didn’t hesitate even for a second (as it was a no brainer) and said YESSS immediately!” He continues, “Lion King is literally my favourite Disney Film of all time! I usually never asked for many gifts from my parents when I was a child but I clearly remember telling my dad that I wanted to buy the whole DVD collection of Lion King and he immediately bought it for me.  It’s such a fond memory that is still so clearly etched in my mind! I tried singing it the same way I felt when I first heard them back when I was a kid. I wanted to keep that same innocence intact, yet do some cool western inflections in my vocal delivery that could enhance the song. I think they have come out great and can’t wait for the fans to hear ‘em!”

Directed by ‘Iron Man’ and ‘The Jungle Book’ fame director, Jon Favreau, Disney’s The Lion King is one of the most-anticipated films of recent times. The heroic coming-of-age journey will make it to the large canvas with a pioneering and game changing photo-real technology, using cutting-edge tools to make the musical drama come alive on the big screen. Disney’s The Lion King releases on 19th July 2019 in English, Hindi, Tamil and Telugu

“I Am Not Sara Or Sana Khan”, Says Sana Makbul Khan