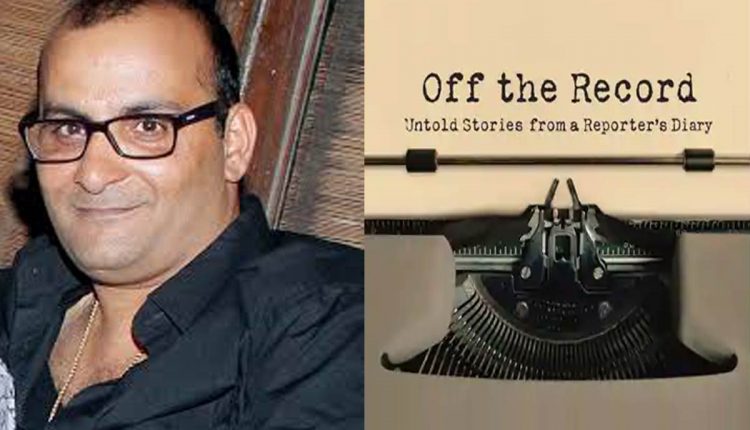 Sunil Bohra Buys Rights Of Ajith Pillai’s “Off The Record”

After producing successful films like “Gangs of Wasseypur”, “Shahid”, “Shaitan”, “Saheb Biwi Aur Gangster” and “The Accidental Prime Minister”, Sunil Bohra has yet another exciting project lined up. The producer recently bought the rights of Ajith Pillai’s book “Off The Record”, a collection of stories that the author covered as a journalist.Besides an introduction by journalist Vinod Mehra, the book also has unpublished stories on major events like the Mumbai riots, the Kargil War and the Vajpayee era. Bohra will be making a film on one of the events and converting the rest into a web series.”Off The Record is such an exciting book that it’s impossible to put it down once you start reading it. I think a good director can make it into a very interesting film. I knew I had to buy the rights of it,” says Sunil, adding, “The scripting and production teams have already started work on these subjects and as soon as we lock the details, we will start rolling them out.”

Get Salman Khan, Disha Patani & Katrina Kaif Come To Life ‘In Slow Motion’ On Your Phone With These Awesome Stickers From Hike Sticker Chat!

‘Music gives peace to a person in every kind of emotion: Music director…