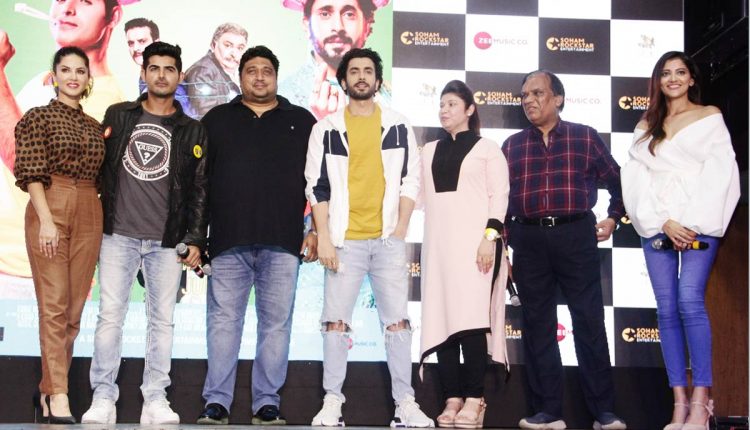 ‘Funk Love’ was recently launched in Mumbai in  the presence of Sunny Leone, Omkar Kapoor, Sunny Singh and director Smeep Kang at a club in Andheri. The music launch today marked the return of the hit duo Sunny Leone and Honey Singh after “Chaar Bottle Vodka” in 2014. ‘Funk Love’ is a monsoon party song that was sung by Makhana singer Yo Yo Honey Singh and is released by Zee Music Company.The makers of the film ‘Jhootha Kahin Ka’ have surely hit the right chord with the audience by getting this power pack duo back on screen with ‘Funk Love’. It song features Sunny Leone as a mermaid and she  will be dancing along with the lead pair Omkar Kapoor and Sunny Singh.The film “Jhootha Kahin Ka” is directed by Smeep Kang and produced by Anuj Sharma and Deepak Mukut under the banner of Shantketan Entertainment Films and presented by Soham Rockstars Entertainment. The film will be releasing on 19 July 2019.