Upcoming movie Kedarnath has run into trouble after the makers had a fallout with one of their production houses, KriArj Entertainment. After facing a lot of legal issues, Kedarnath team has finally announced an official release date for the movie. The movie features Sushant Singh Rajput and Sara Ali Khan which marks the latter’s debut in acting. 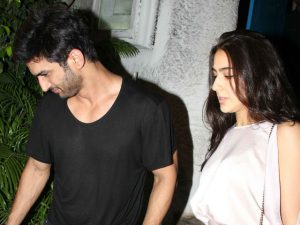 Kedarnath is an eternal love story set in the backdrop of the flash floods that wrecked the temple town in June 2013. The film director Abhishek Kapoor on Tuesday morning tweeted: “We clean up pretty nice. November 30 it is. Save the date everyone. Jai Bholenath.”

Talking about the film, Abhishek Kapoor had said, “After Kai Po Che, Kedarnath will be our next venture together. Ronnie is an exemplary leader and I feel invigorated that he has stepped in and reinforced his faith in me. Just being in the room with Ronnie is a privilege, making a movie with him is an honour.”

Earlier the movie was supposed to be made with KriArj Entertainment but after they have parted ways, Ronnie Screwvala and his creative production house RSVP joined hands with Kapoor.