When we think of Switzerland, beautiful and exotic locations scroll through our memory lane, with scintillating Bollywood actresses draped in chiffon saree, romancing the actor on some melodious song. And this is all thanks to late Yash Chopra ji!

Late Mr Yash Chopra ji is a legend, India is still proud of. For most of us, he is the man who marked Switzerland on the world map and made us aware of this serene destination. Late Yash Chopra ji chose Switzerland as his honeymoon destination in 1970 and toured the destination with his wife Pamela. He was so mesmerized by the landscape that he parked himself and his team regularly in Switzerland for the movies he produced under his banner Yash Raj Films.

Yash Chopra ji through his movies has promoted Switzerland enough to make it a-destination-to-travel for all the romantics, honeymooners and for nature lovers.

Here is how Yash Chopra ji established the legacy which is followed even now!

Mohabbatein‘s song ‘Humko Humise’ was shot in Lake Thun and Lake Amsoldingen in the Bernese Oberland in Switzerland.

Yash Chopra’s last directorial film Jab Tak Hai Jaan was also going to have a song in his trademark style in the lush meadows of the Swiss Alps, but due to his sudden demise, the song and the trip to Switzerland was cancelled. But this craze of Switzerland did not end then and there only, the legacy still continues and there are several movies which are being shot in the beautiful locales of Switzerland.

Not only Bollywood films, but Television shows like Yeh Rishta Kya Kehlata Hai also made their way to Switzerland. Around 10 episodes of this longest running TV show were shot in Switzerland.

A show on Aaj Tak named Saas, Bahu Aur Betiyan has a special segment called Swiss Wale Dulhaniya Le Jayenge which has 2 seasons as of now;

And the second season featuring Priyank Sharma and Tejaswi Prakash

For this unmissable contribution of Yash Chopra ji to Switzerland, the Swiss government honoured the legendary director.

1. In May 2016, a bronze statue of Yash Chopra was installed by the Switzerland government as a tribute. 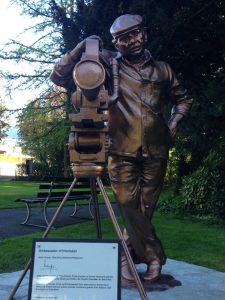 2. In 2011, Switzerland’s Jungfrau Railways inaugurated a train named after him. 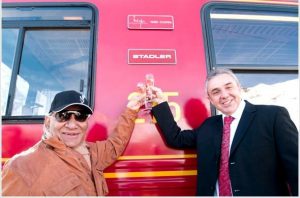 3. A special deluxe cinema-themed suite at the Victoria-Jungfrau Grand Hotel & Spa is named after Yash Chopra and features posters of his film, Veer Zaara.

4. A lake where he shot many of his scenes (Lauenensee) is famously known as Yash Chopra Lake. 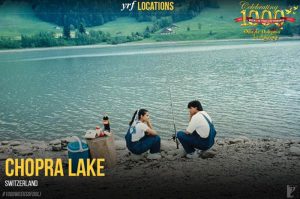 5. He was nominated as the Ambassador for Interlaken. 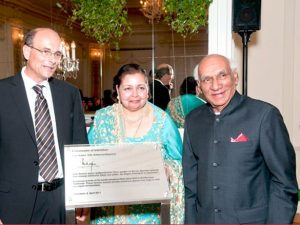 Yash Chopra ji made Switzerland an alluring destination for every cinema lover!

SALMAN KHAN IS WORST ACTOR ACCORDING TO GOOGLE