T-Series and Colour Yellow’s An Action Hero jumps into action; kicks off shoot in London!

It’s a big day for T-Series and Colour Yellow’s An Action Hero! Today, Ayushmann Khurrana’s An Action Hero kicked off its first day of shoot in London. Co-produced by Colour Yellow and T-Series, fans are already expecting this movie to be full of impressive acting. The makers of the film also released a motion teaser that has taken the internet by storm – Jyothi Venkatesh 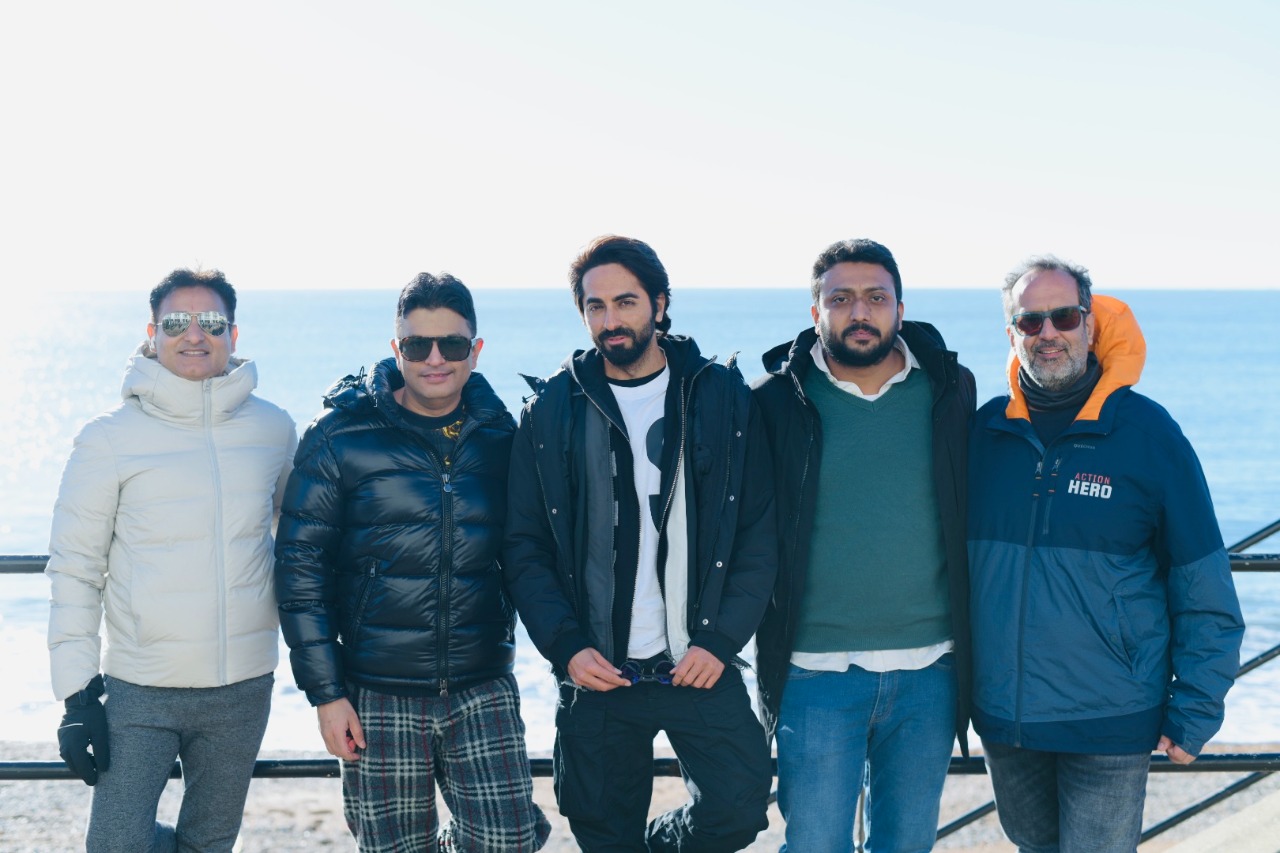 Ayushmann Khurrana, counted amongst Bollywood’s most versatile actors, will be joined by another multifaceted actor, Jaideep Ahlawat. While Ayushmann is set to kick off the muhurat shoot today, Jaideep will begin the schedule in the next two days.

Featuring an artist’s journey, both, in front and behind the lens, the Anirudh Iyer directorial is set to enthral the audience with its slick action and offbeat satirical sense of humour. Ayushmann will be seen in the skin of the action hero in the film.

Speaking about the film going on floors, Bhushan Kumar, Chairman & Managing Director of T-Series, said, “It has been a long wait for us to kick off the shoot for An Action Hero.

We can’t believe that the movie is already going on floors today and are excited to give it our best! The film has a fresh and quirky story and is mounted on a lavish scale.”

Talking about the film kicking off shoot, maverick filmmaker Aanand L Rai said, “This is the first time that we are experimenting with this genre and An Action Hero is going to be an unconventional entertainer.

Today is a proud moment for me to watch Anirudh behind the camera, directing his own film. I have seen him grow as a director and nothing makes me happier than watching him own this film completely! We began the muhurat shoot with a lot of enthusiasm today and I’m certain the energy will translate on-screen too.”

PRIYANKA & NICK JONAS GET A BABY DAUGHTER VIA SURROGACY