Tandav Review: A Political Satire or just another glorification of Religious Appeasement?

Police are the major character in this Political Tandav 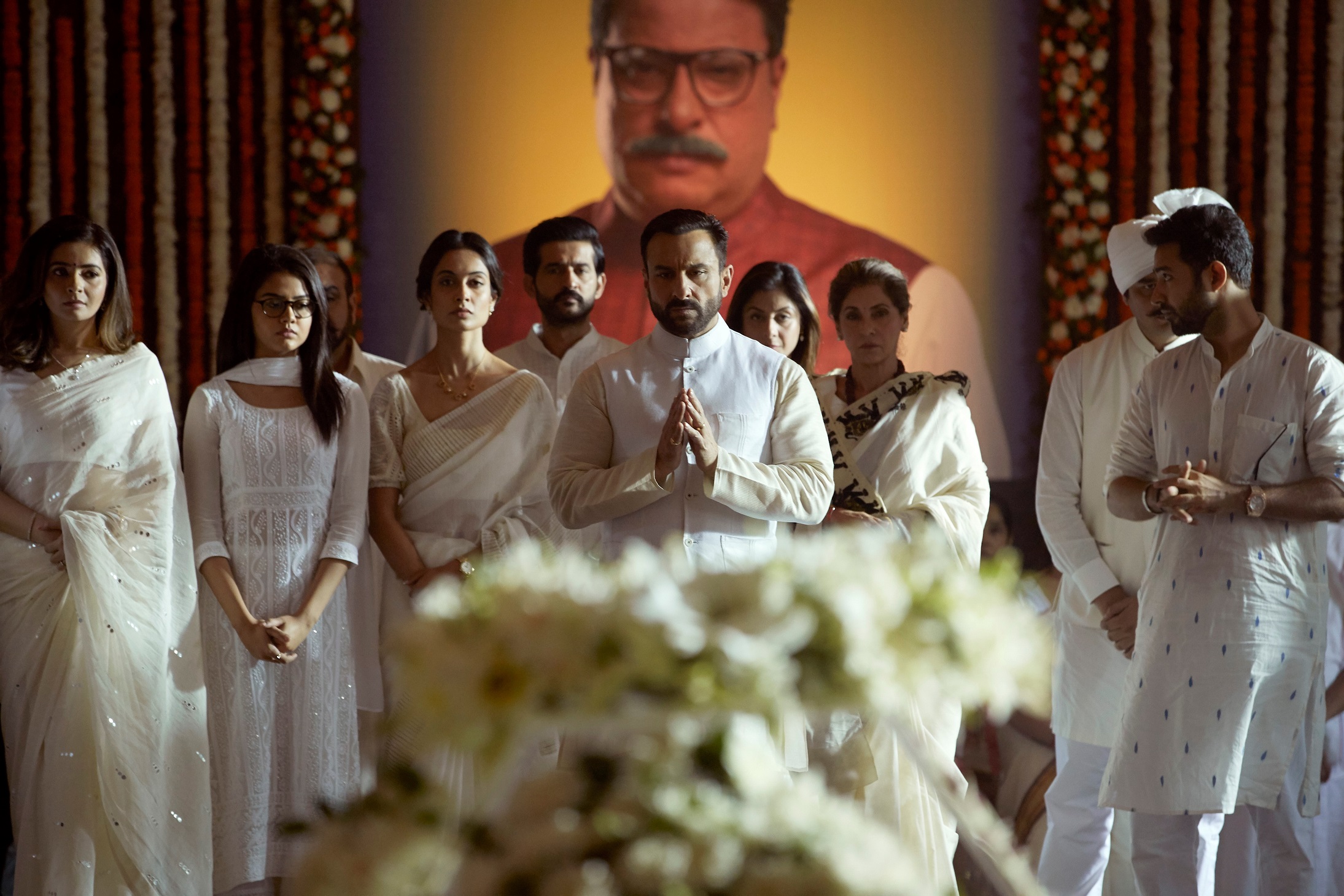 Story Starts with Scene of ‘Farmer Protest’  in somewhere around Malakpur village, Greater Noida. In this scenario, Govt. took farmer land in very low pricing because that part of the land has been added in Special Economic Zone and govt. wanted to build a highway here. Against their will, Farmer’s protest went violent after the entry of PM’s PA Gurpal (Sunil Grover) and then two sub-inspectors open fire on protesters. Intentionally, they killed three young ‘Muslim’  protesters.

On the other hand, two times prime-minister Devkinandan (Tigmanshu Dhulia) is waiting for the results of the general elections and as per the exit polls, their party would gain the majority easily. But his son, Samar Pratap Singh (Saif Ali Khan) is greedy for his father’s chair. He wanted to be the youngest Prime Minister and his own friends in the cabinet.

Now the Devkinandan has a friend, Anuradha (Dimple Kapadia) and she wanted her son to be a part of the cabinet in the next tenure of govt. Devkinandan made a promise to Anuradha and her Drug addict son that he will definitely be the next defense minister of India.

Now the time to reveal the Leftists Tandav of India

In the third face, Tandav created an imaginary university called VNU. Which easily resembles you the JNU (Jawahar Lal Nehru University) of Delhi. In JNU, Shankar (Muhammad Zeeshan Ayub) is performing in a theatre play and making fun of Lord Shankar and trying to make some aimless satires. Suddenly, Few policemen (including Sub Inspector Thakur)  forcefully enters in VNU campus and caught up the one student Imran with the allegation of Terrorism.

Now you have to watch 9 episodes of 40 minutes each on Amazon prime to know what happens next.

‘Tiger Zinda hai’ fame Director Ali Abbas Zafar tried his best to make some twists and turns and maintaining the pace but because of bad and lazy writing, he failed to deliver. Writer Gaurav Solanki had nothing new to show, the same of old family political drama and an expected climax.

Qualified actors did their jobs beautifully in Tandav

All actors did well, especially Sunil Grover,  he played a totally different character this time, he is serious, determined, and clever enough to make things rights for his benefit.

Saif always looks improvised in negative roles. Dimple Kapadia also did well. Zeeshan Ayub also justified his character but he was doing over in some scenes.

Music, BGM, and sound composed by  Julius Packiam will impress you from the very first scene

the cinematography of this TANDAV is also interesting. Karol Stadnik kept in his mind that it will release on OTT, most of the viewers will watch it on their mobile phones so he did his camera work accordingly.  Most of the shots are close-up or mid-shots.

Overall, Tandav is one of the many Masala web series, which have nothing new but many twists, turns which are predictable but still entertaining. It looks like some kind of Propaganda in some places, but I think it depends on the viewer that what he can see, propaganda or a story that has political satires?

Though, It is still a one-time watch series.