The more I think about Amitabh Bachchan and Jaya Bachchan, I cannot but help thinking that their forty-six years of togetherness (they were married on June 3,1973) is growing into a modern day fable or a fairy tale which has never been told or written before…. 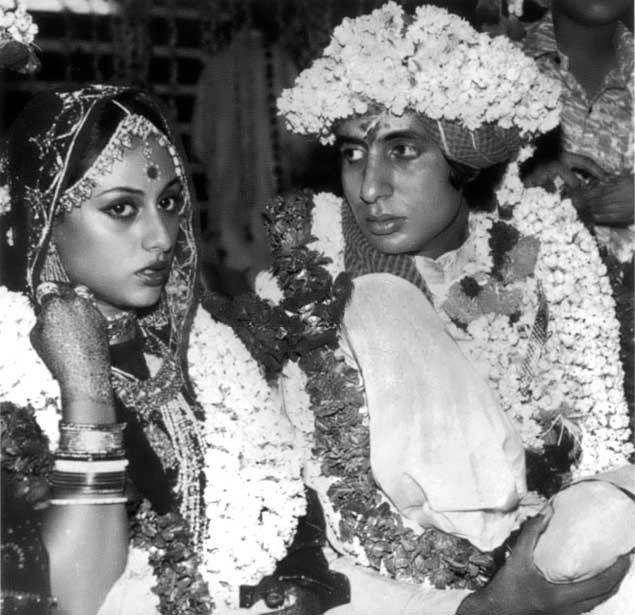 It was in the very early seventies when Jaya Bhaduri, the daughter of the renowned writer and journalist Tarun Kumar Bhaduri was a student at the FTII. It was around this time that a tall young man who no one could imagine could be an actor in Hindi films, but had the tenacity and the firm belief in himself that he could make it, come hail or hailstorm. He had made a debut in “Saat Hindustani”after he was discovered by K.A Abbas, I think it should be called rediscovered by K.A Abbas, because he had made an earlier round of studios and had meetings with leading filmmakers like Tarachand Barjatya, Mohan Segal and others with a recommendation letter from nine other than Mrs Indira Gandhi, the then Prime Minister of India who was a very close friend of his mother, Mrs Teji Bachchan, whose husband, the great Hindi poet, Dr Harivanshrai Bachchan was one of the best friends and cultural advisor to Pandit Jawaharlal Nehru, and they had all rejected him outright…. 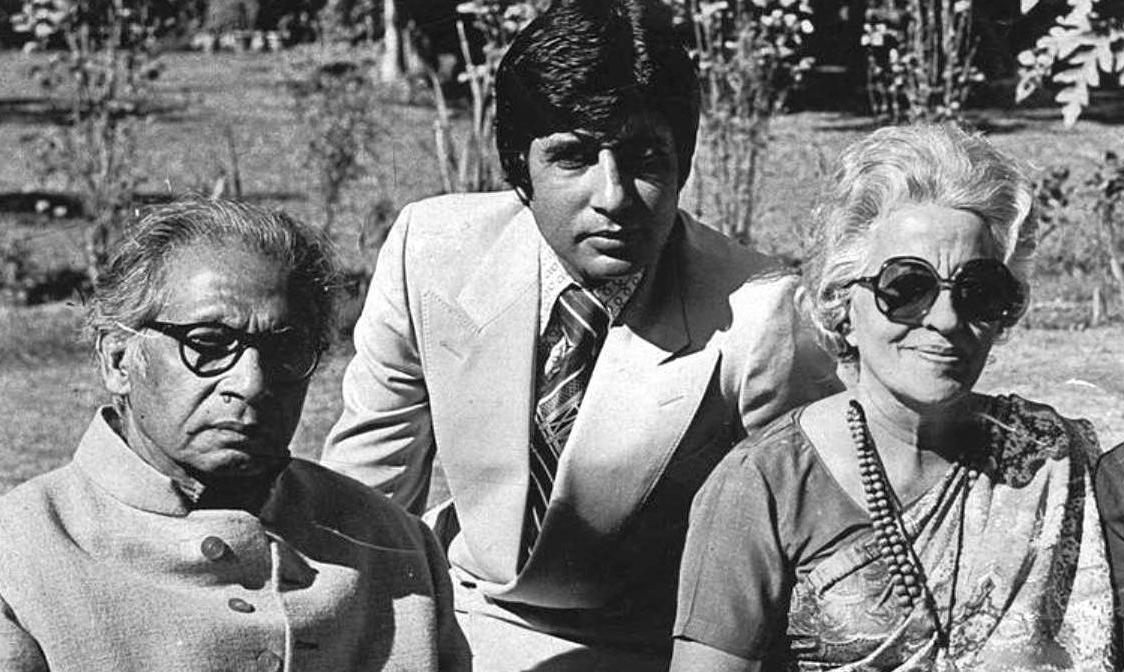 It was soon after “Saat Hindustani”that the newcomer Amitabh felt like visiting the FTII where he made friends with Danny Dangzonpa, Romesh Sharma and Jaya Bhaduri, who formed a team of friends chasing one goal, success in the film industry…..

It is said that it was during these visits to the FTII by Amitabh that Jaya who had still to step out of the FTII had in her heart felt that this tall man was the man of her dreams and the man who she would have like to get married to…..

Amitabh signed other films like“Anand”,“Parwana”(as a villain) and“Bombay to Goa”. Jaya signed films like “Guddi”and“Piya Ka Ghar”and was a recognised actress. Amitabh kept visiting his other friends like Asrani and Tinnu Anand who lived in Beach Apartments in Juhu and with their permission accompanied them to different studios where they were shooting and these meetings led to Amitabh and Jaya coming closer and the relationship got better when they were teamed up in films like “Bansi Birju”and “Ek Nazar”which were good films but couldn’t make any impact with the new team of actors, Amitabh and Jaya. 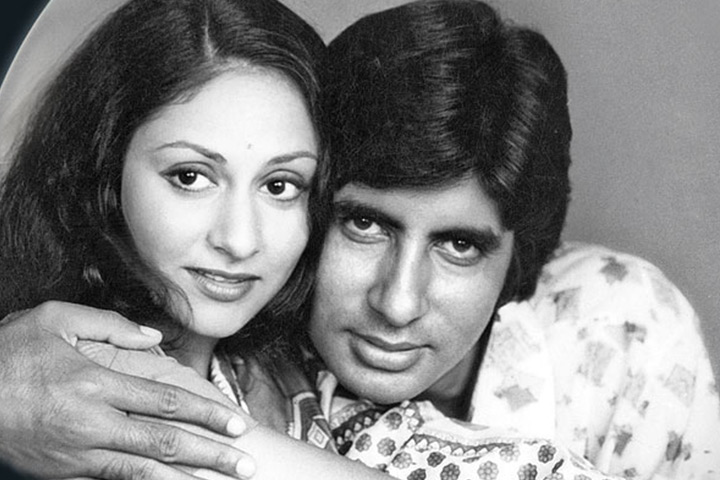 They had some other films which were dropped because of the earlier films not doing well Amitabh continued to struggle while Jaya kept signing big and better films. One of the films she signed was Prakash Mehra’s“Zanjeer”.Mehra had serious problems about the casting of the hero for the film. Big heroes had turned down the film for their own reasons, as is well-known now among those who rejected the role of Inspector Vijay in“Zanjeer”were Dharmendra, Dev Anand and Raaj Kumar….

It was Mehra’s friends, the veteran actors Om Prakash and Pran who saw Amitabh’s work in films like “Parwaana”and “Bombay to Goa”and were fascinated by this “lambu actor who had fire in his eyes”. They asked Mehra to try him out for the role in“Zanjeer”. Mehra asked his team of writers, Salim-Javed to see the “lambu actor”and they only saw the action scenes me did in “Bombay to Goa”and strongly recommended the “lambu actor”for “Zanjeer”. Mehra had to only mention his name to his heroine, Jaya and she jumped with joy. “Zanjeer”was shot, it was completed, Mehra found it difficult to find distributors, he somehow found them,“Zanjeer”was released as a B-grade action film, at twelve noon on the day of the release Amitabh Bachchan was a nobody, at three pm he was a star and at six pm Amitabh Bachchan had replaced Rajesh Khanna as the next superstar and there was no stopping him…… 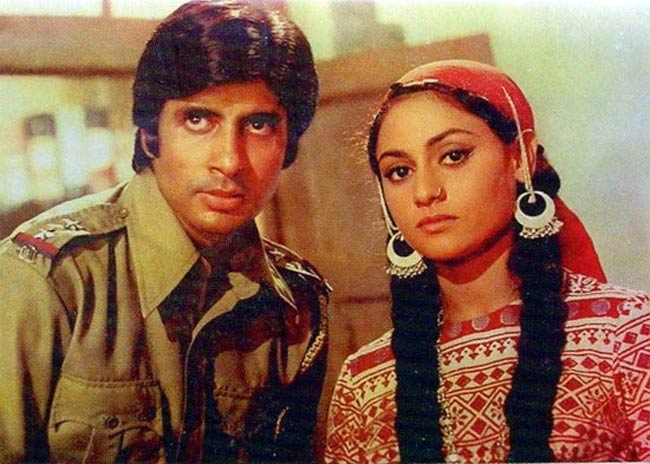 Amitabh was so desperate about a hour after having more than a dozen big flops that he promised his close friends that he would host a vacation for them in London (Amitabh had never been to London before). Among the friends he had invited was Jaya who was now not only a close friend or a colleague, but had also fallen in love with her one-time dream man and they had even planned to get married….

Amitabh’s father had come to know about his son and Jaya dating and when he came to know that they were going on a vacation, he called Amitabh to his room and told him that he would not let him and Jaya go on the vacations unless they got married. It was both a moment of ecstasy and a great deal of panic. The house of one of Jaya’s friends in Malabar Hills was chosen as the venue.A Pandit was arranged, a few friends of both Jaya and Amitabh which included Sanjay Gandhi who was in the news those days because of all the situations he was creating in the country which last ultimately led to the Emergency. Amitabh and Jaya got married on the evening of June 3,1973 and the next day the group of friends took a flight to London for a vacation plus a honeymoon for Amitabh and Jaya. It was an unusual situation, but life has always been a series of unusual situations for Amitabh and Jaya…. 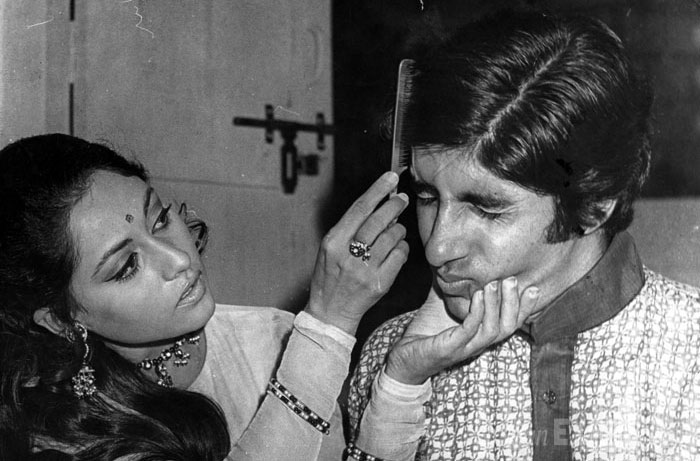 The only other film Amitabh and Jaya did was as the husband and wife, both singers was in Hrishikesh Mukherjee’s“Abhimaan’after which Jaya gave up working in films and concentrated on setting up home for the Bachchans which included a son, Abhishek and a daughter Shweta and the fairy tale continued….

Till a brief dark cloud came over them which concluded with “Silsila”,a film Yash Chopra dared to make with Amitabh, Rekha and the much talked about comeback of Jaya Bachchan. The film didn’t do well as expected and it also conquered the dark cloud … 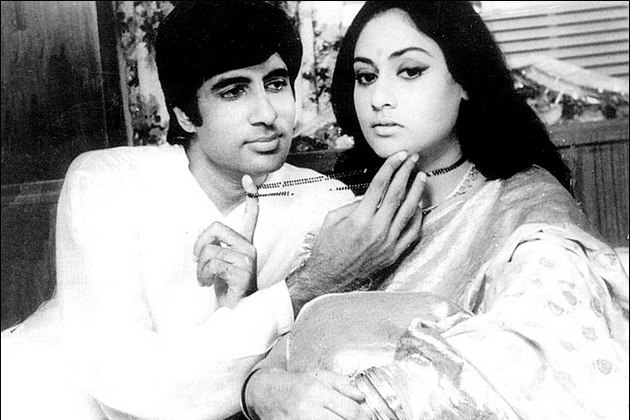 At seventy-six and right now even as I am writing this fairy tale, Amitabh is shooting in a crowded suburbs of Mumbai for a film called “Chehre”and he has his dairy full for the next two years, which reminds me of a statement he had made more than thirty-five years ago in which he had said that he would work till he was eighty and even if he was asked to shoot for a party scene or a crowd scene. And Jaya is busy with her work as a Member of Parliament, representing the Samajwadi Party in the Rajya Sabha. Abhishek Bachchan and Aishwarya together with their three-year-old daughter Aaradhaya are living a very happy life and so are Shweta Nanda and Nikhil Nanda and their daughter Navya Navelli, who if the fairy tale has to continue will make her debut in films and the circle which started forty-six years ago will be complete, or will it? 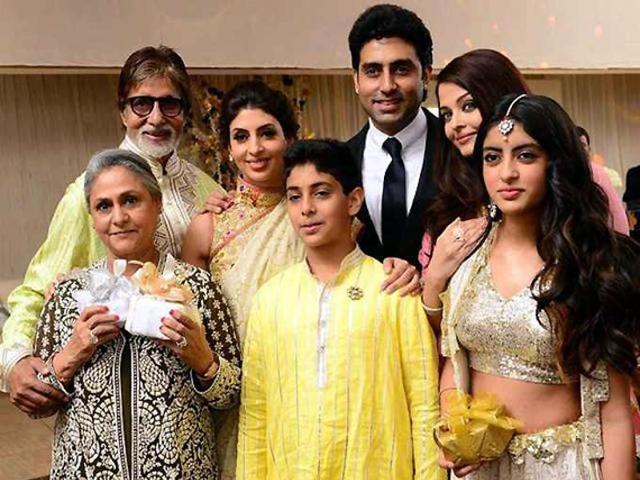 Actress Katrina Kaif shared a picture in a transparent shirt

Actress Katrina Kaif shared a picture in a transparent shirt