Zee TV’s ongoing popular fiction offering – Mithai – is an amalgamation of a love story and a family drama, all tied together inside a wonderful box of traditional Indian sweets. 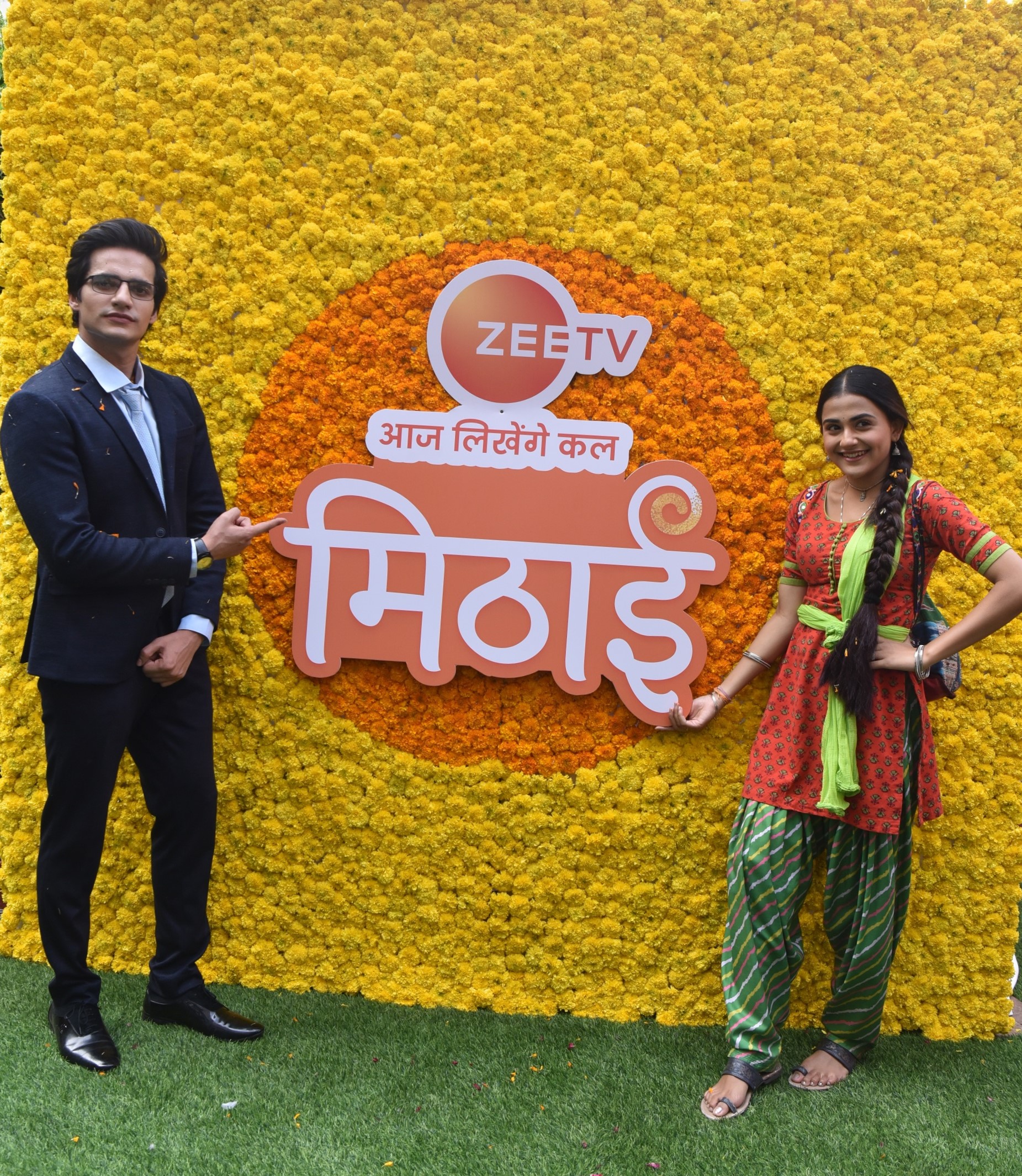 Following the story of two polar opposite personalities – Mithai (Debattama Saha) and Siddharth (Aashish Bhardwaj), the show delves into the life of a gifted sweet maker based in Mathura who wants to preserve the legacy of Aloo Jalebis that she has inherited from her father but is now, unfortunately, on the verge of extinction.

While the show started off well and has been receiving a lot of appreciation from the audience, the upcoming twists and turns will keep the viewers glued to their TV screens in the forthcoming episodes. 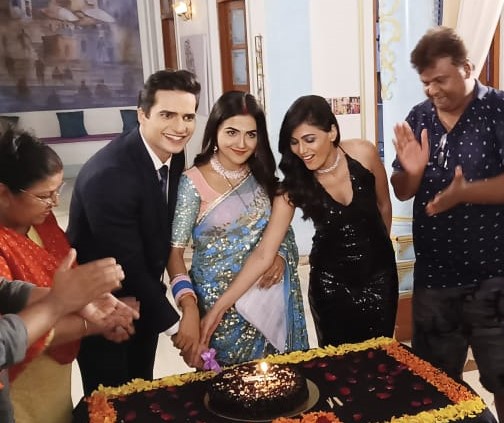 Though the whole cast and crew has been working round the clock to entertain their audience, it looks like the team of Mithai took a short break recently and had a mini celebration as they completed 100 episodes.

The wonderful milestone was celebrated with a small cake-cutting ceremony, and we must say that everybody had a great time as they cherished this special occasion together. Lead actors Debattama Saha and Aashish Bhardwaj were also ecstatic as the show Mithai achieved this noteworthy milestone.

As Debattama Saha mentioned, “Mithai is a beautiful story, and I am overwhelmed by the love and appreciation that we’ve got from the audience till now. It is only because of their endless support that we’ve reached this milestone.

In fact, it sometimes feels unreal that we have already completed 100 episodes. While I have loved playing the role of Mithai, I am excited about exploring new aspects of my character and I wish to entertain our audience thoroughly. ” 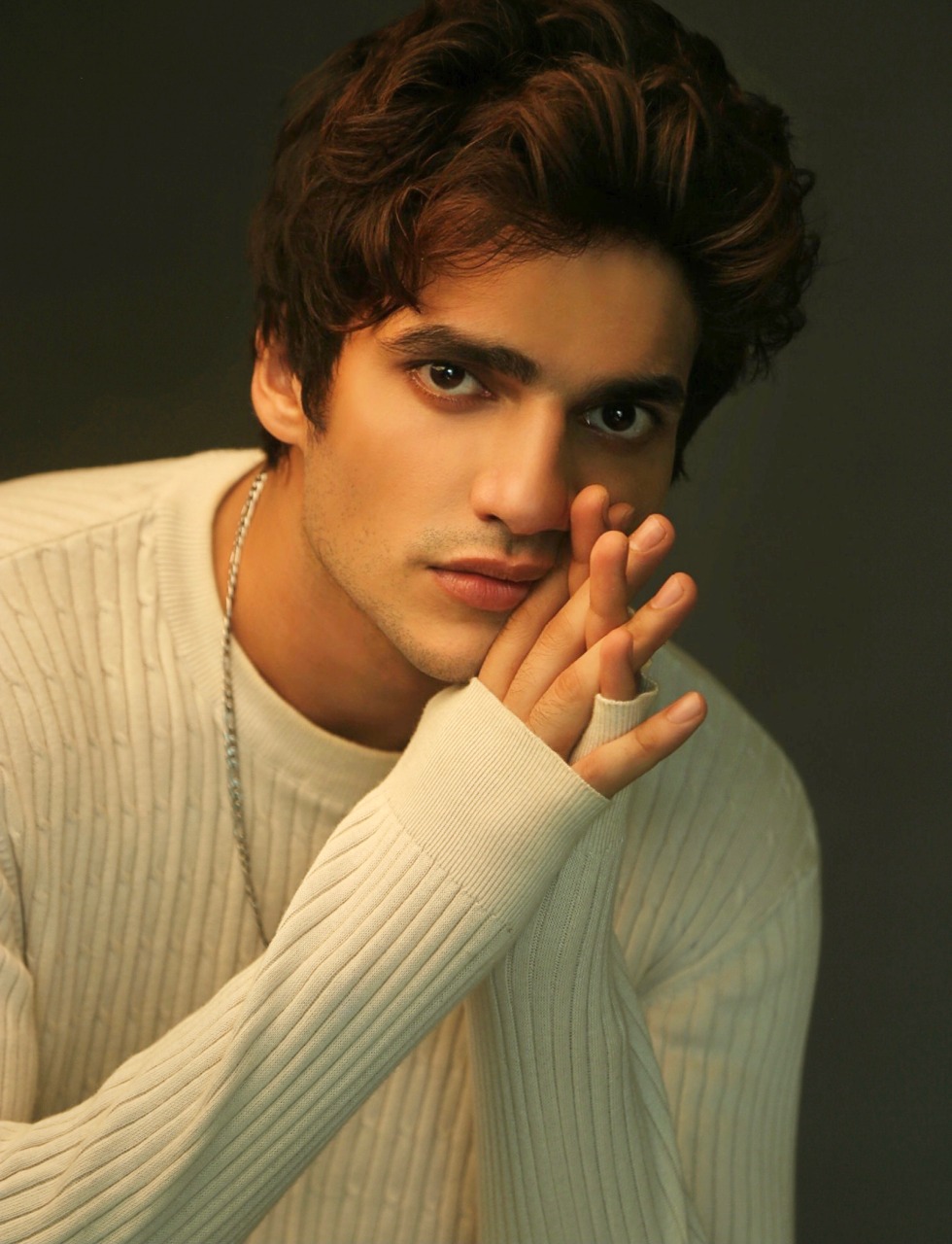 Aashish Bhardwaj also added, “Zee TV’s Mithai holds a special space in my heart. It seems like it was just yesterday when we started shooting for Mithai, and here we are celebrating 100 episodes. It truly feels magical!

Our viewers have shown us some incredible love, especially towards our characters, and I hope that this love will continue for a long time to come.

I would like to express my gratitude to the makers of the show for giving me the privilege of working with such a talented team and this journey has been incredible so far because of each one of them. I look forward to celebrating many more milestones in the near future.”

While the team had a gala time as the show completed 100 episodes, a lot of drama is set to keep the viewers engaged in the upcoming episodes. In fact, a major twist is in store for the viewers as Girish and Apeksha come up with a plan to separate Siddharth from Mithai.

To know what happens next, tune in to Mithai every Monday to Saturday at 7 pm, only on Zee TV!