Suraiyya was a star -singer who was younger than the upcoming actor Dev Anand who was ambitious, handsome, educated and full of the drive to make his dreams come true. It could only be the plan of God or maybe destiny that brought Dev and Suraiyya together and they went on to do several films as the romantic lead, which ultimately led to one of the most talked about romances of the time. They could have worked in many more films and could have even got married even though Suraiyya was always a bigger star than Dev, but as is well known know, it was Suraiyya’s grandmother who was against her daughter marrying a struggling actor like Dev and especially beacuse he was a Hindu.

The lovers still met from time to time with the help of some mutual friends. The grandmother’s torment became worse with the passing of time and a time came when Suraiyya had to sacrifice her love for Dev . And the last meeting the lovers ended up in her grandmother throwing the ring Dev had presented to Suraiyya into the sea outside Suraiyya’s apartment on Marine Drive. A completely herat-broken and shattered Dev who couldn’t take the parting drove to the Mehboob Studios where he was shooting with his leading lady, Kalpana Krartik for “Taxi Driver “,proposed to her and married her while their shooting was on and had taken a break to get married ….

Dev and Suraiyya never met again for the next forty years or more, but their love for each other was still the same. I had many occasions to listen to Dev Sahab talking about their love story and there were times when he grew extremely emotional and sometimes said, “not all love stories have a good and happy end,but I wish our story could have been different “.On the other hand,Suraiyya never got married and lived with the memories of Dev Saahab and their love story. 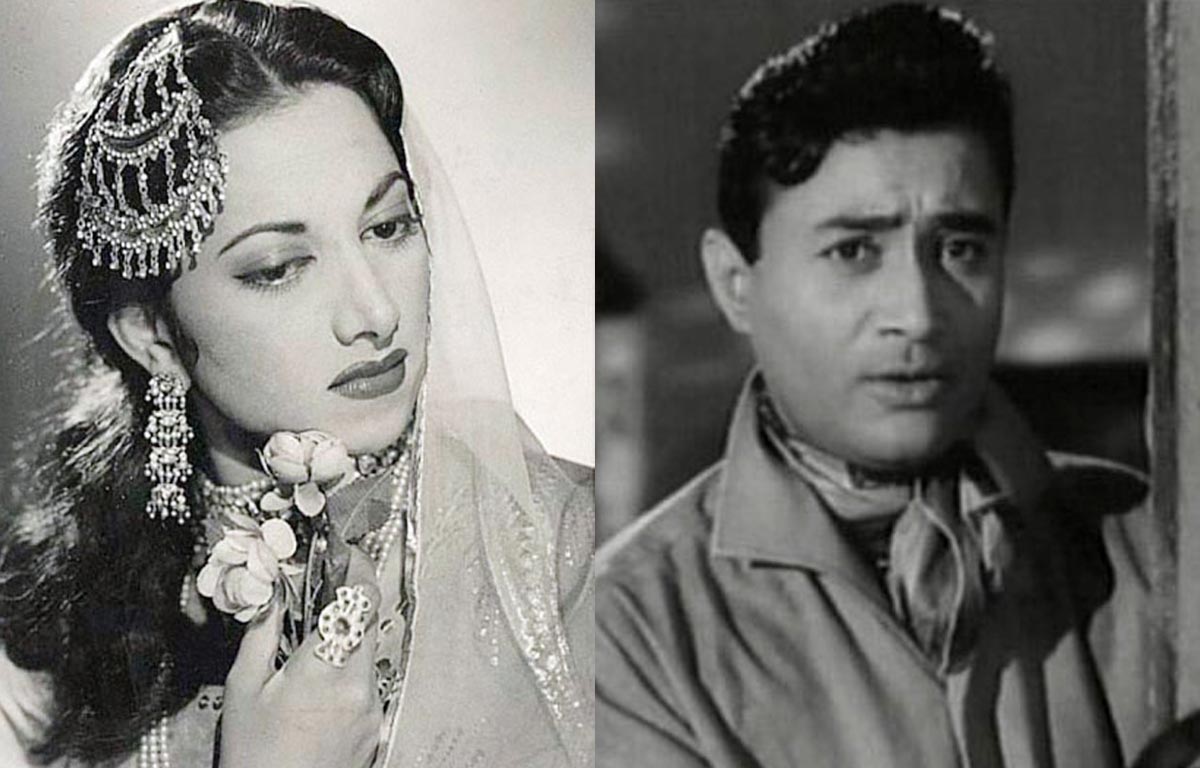 “Screen”,the weekly I worked for had decided to present Suraiyya with a Lifetime Achievement Award in 2002 and she agreed to accept it because she knew one of my colleagues, Piroj Wadia and her family well. And she kept asking Piroj (God bless her soul)whether Dev Saahab would be attending the awards function and Piroj kept telling her that Dev Saahab never missed any event or function organized by “Screen “.And when I told Dev Saahab about Suraiyya, he looked very sad which was a mood unknown to him and sad, “I hope you understand, Ali achha nahi lagega, I have not seen her or talked to her on the phone for forty two years, please let me be this time, I know we both will not be able to take it “.

I didn’t have to persuade Dev Sahab because I knew that if he said no to anything, no one could make him change his mind.

Suraiyya was looking lost at the Awards function even though the entire crowd had its eyes focused on her. And the next day, Dev Sahab was eager and excited to know from me how Suraiyya looked, whether she had flowers in her hair and what kind of a saari she had worn and what she said in her speech. I have seen an experienced love in its truest and its most pristine form, but I have still to see two lovers living in love even though time and circumstances had made them part ways …

January 31,2004 was a black day for Dev Sahab, it was the day Suraiyya had died. I still don’t know why he called me to his Pent House as I had come to know about Suraiyya’s death and I thought he would have liked to be left alone on this day.

I however went and was surprised to see his Pent House locked. His driver, Prem who had worked with him for years and knew most of his secrets told me that Dev Sahab was waiting for me on the terrace of “Anand “. I saw Dev Sahab sitting all by himself in some kind of a tent. He had asked his staff to build the place overnight and asked them to provide him with a separate telephone connection. He told me that he was not going to take any phone calls and had not even told his son, Suneil where he was. All he wanted was to be alone in his private grief over the passing away of the only woman he had loved. He kept talking about their moments of togetherness and broke into sobs and tears. I had never experienced a man in his early eighties being so madly and even divinely in love.

I don’t know if I am right, but I never saw Dev Sahab as the same man who was so very full of life and love again.

Can anyone have the same kind of love story, especially in this industry where love is here today and gone tomorrow where love dies before it can be truly born?

WHAT WOULD DEV SAHAB HAVE DONE IN THESE LOCKDOWN DAYS???

What would a man who had never known what a Sunday or a holiday do in these troubled and dark times when the world has been forced to stay home because of the fear of a worm?

Dev Sahab never took a break from work. He either was shooting, planning or working on the scripts of the many films he had in mind at the same time.He had never celebrated any festival and called his work “the only and festival for Dev “(he loved and wanted people even those who were years younger to call him Dev).

He had once fallen in his bathroom and called me and said, “Ali ,I have had a nasty fall and I am in pain. The doctor is on his way and if he says that I will not be able to work even for a day,I will end my life “.I went to Iris Park ,his bungalow in Juhu and saw him dressed in his best clothes and standing near his car. He saw me and said, “chal chal,Ali gaadi mein bait jaa daftar jate hai and within fifteen minutes we were in his Pent House where he started planning the shooting of one of his films in Mahabaleshwar. And the next day, he was in Mahabaleshwar shooting a scene in which he had to climb a hillock with Jackie Shroff and some junior artists running after him. He kept running and asking the others to run faster and Jackie said, “arre, mere baap apun sey nahi ho sakta”. Dev Sahab slipped and fell and hurt his knee and was bleeding, but he kept running till he himself cut the shot and Jackie and the other man asked him if they could bandage his knee and he was busy planning his next shot

I have been thinking about Dev Sahab during all these lockdown days and trying to imagine what he would have done today. He would not be able to keep away from work, then what would he have done ? He couldn’t have locked himself in his bungalow for so many days, then what would the forever on the move Dev Sahab have done?