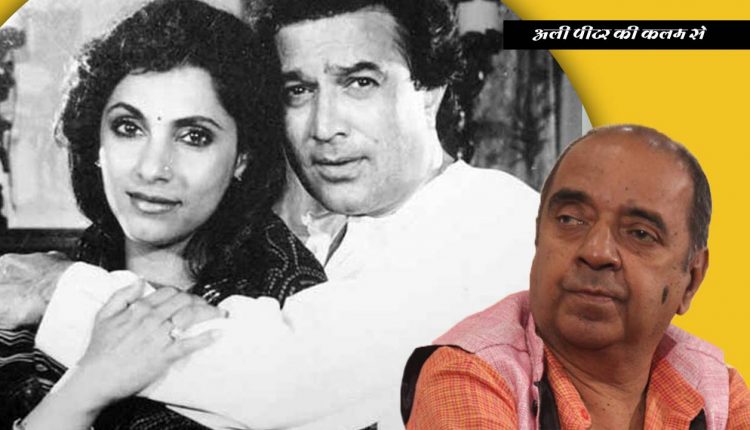 Rajesh Khanna had taken his first few steps as an actor in five films which were all flops, but his destiny changed within two and a half hours when“Aradhana”was released in the early seventies and there was a new name coined for him, the first superstar of the Indian film industry. There were thousands of girls who were willing to give up their lives of they could have only one glimpse of him. There were girls who kissed his cars and the walls of his bungalow,‘Aashirwad’ and some got married to his photographs and others placed his photographs under their pillows in the hope of seeing him in their dreams… Rajesh Khanna himself was in love with an actress called Anju Mahendru who was the niece of the renowned music composer Madan Mohan and had even presented a bungalow in Juhu to her as a birthday gift… 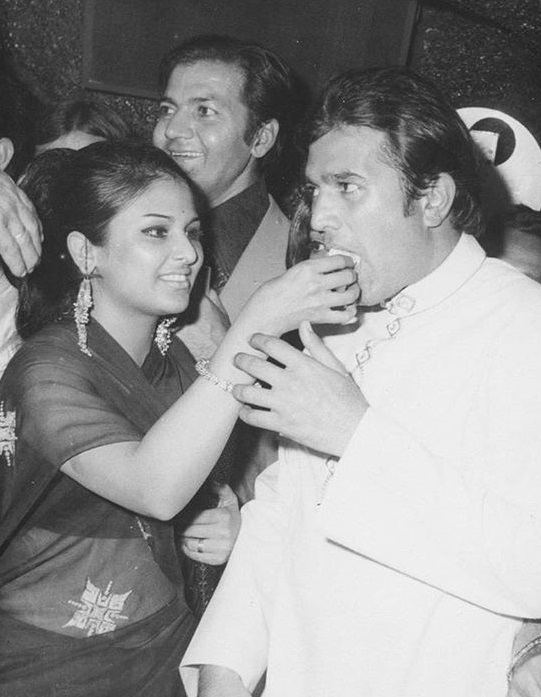 It was while he was at the peak of his stardom that Raj Kapoor had created two stars, Rishi Kapoor and Dimple Kapadia in the film“Bobby”which was to bring back the glory of R.K Films which was ruined after the disaster of“Mera Naam Joker”….There was talk and more of gossip about Rishi Kapoor and Dimple being in love, but before their story could take any shape, the superstar sprang one big surprise on the industry and the entire country when he announced his decision to marry the sixteen year old gorgeous heroine of“Bobby”who was the daughter of his industrialist-friend Chunibhai Kapadia and the marriage was conducted according to Hindu customs, but the reception was the kind only a royal family could dream of having…I was a part of the huge crowd

celebrating the marriage of the superstar which I can never forget. 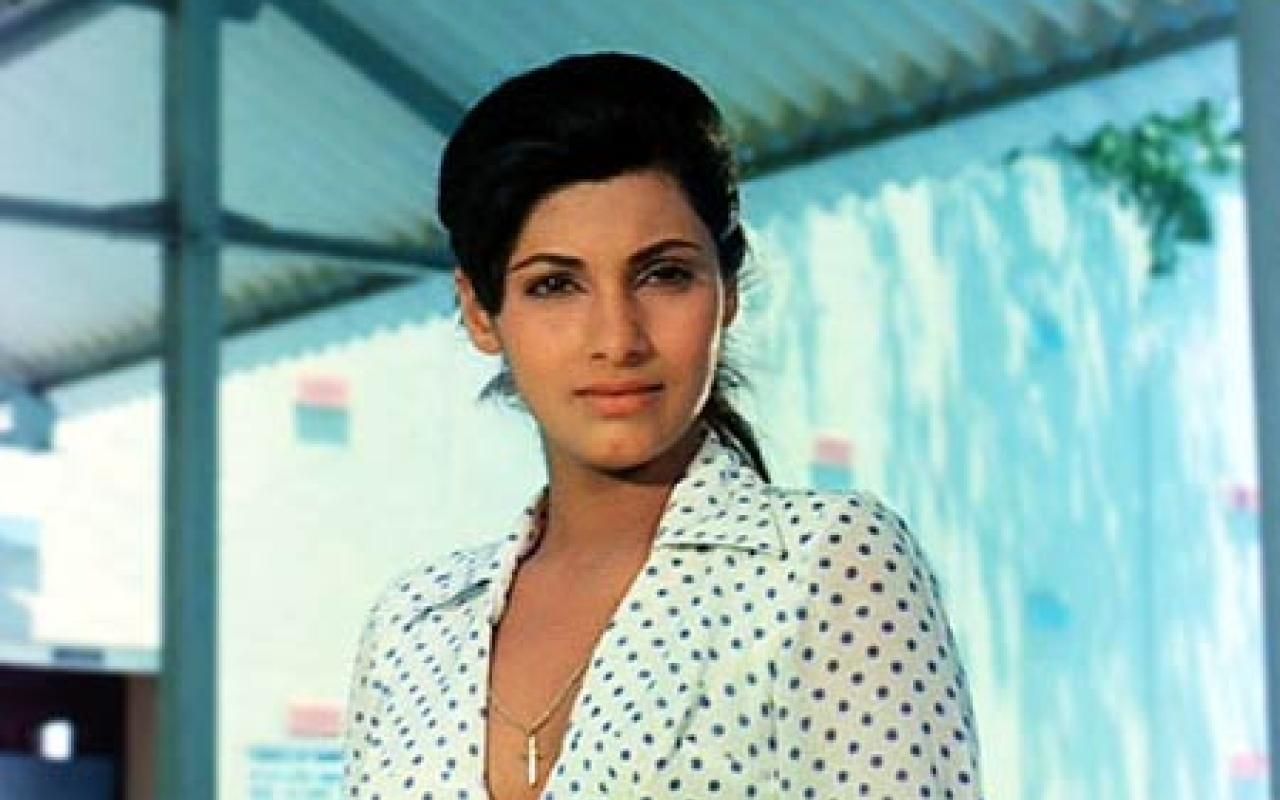 They had two daughters, Twinkle and Rinkie and within two years there were talks about the cracks in their marriage and in the next one year, they had separated. Dimple had shifted to a building called ‘Vastu’ near the bungalow of Dev Anand and the apartment of Madhuri Dixit. Dimple had also returned to films in a big way even as Rajesh kept falling in every way and was left alone in just a room in‘Aashirwaad’ because of all the legal issues involved. 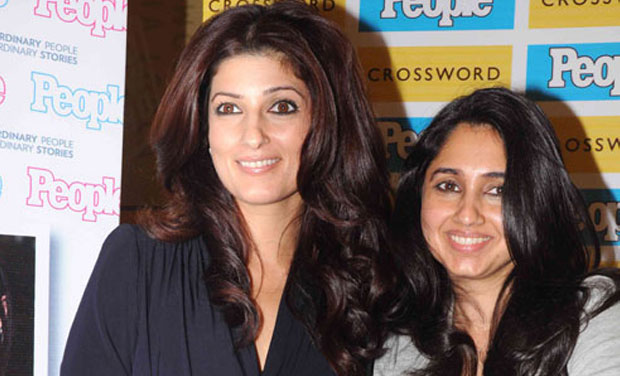 All his efforts to produce films and even TV-serials failed and he spent most of his time in his office on Linking Road from where he looked out of the window and started drinking from six-thirty pm till the early hours of the morning (I had spent several such evenings and nights with him) The only time Dimple and her daughters came back to him was when they and the world knew that he was diagnosed for cancer of the liver. He had the best time of his life, he said during the time his family came back and lived with him in a very cordial atmosphere. 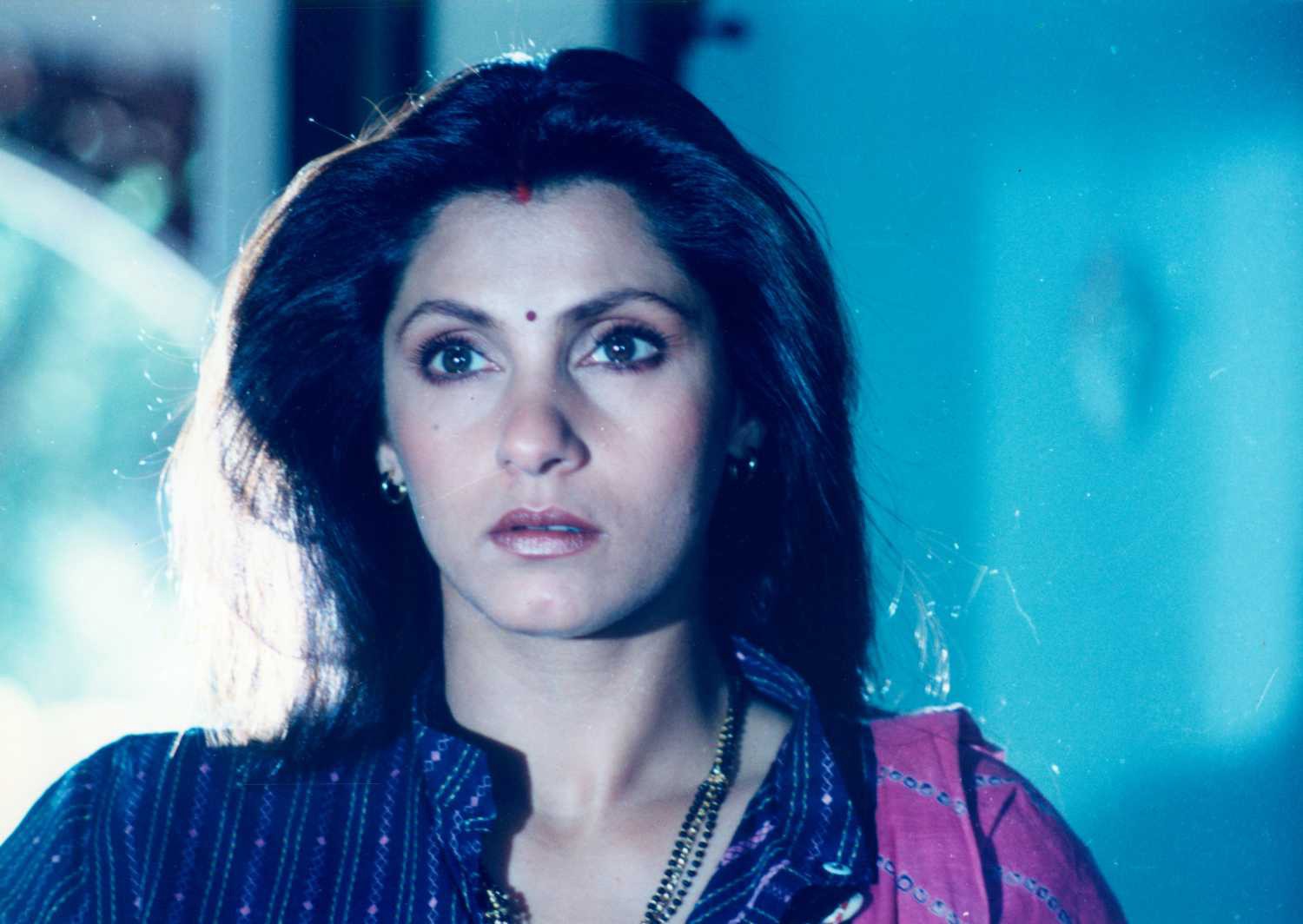 People wear already tending to forget him till he shot back into the limelight when he suddenly died one afternoon and I was destined to be the first outsider to see his dead body being brought down from his bedroom in a dirty bed sheet and the fact that he was a superstar was proved on the morning of his funeral.People are still debating about whether the massive turnout at his funeral was because of his own popularity or because of the popularity of his son-in-law Akshay Kumar who was married to his daughter Twinkle… Whatever it may be, Rajesh Khanna will always be remembered as the only real superstar, a fact even accepted by the man who replaced him, Amitabh Bachchan. 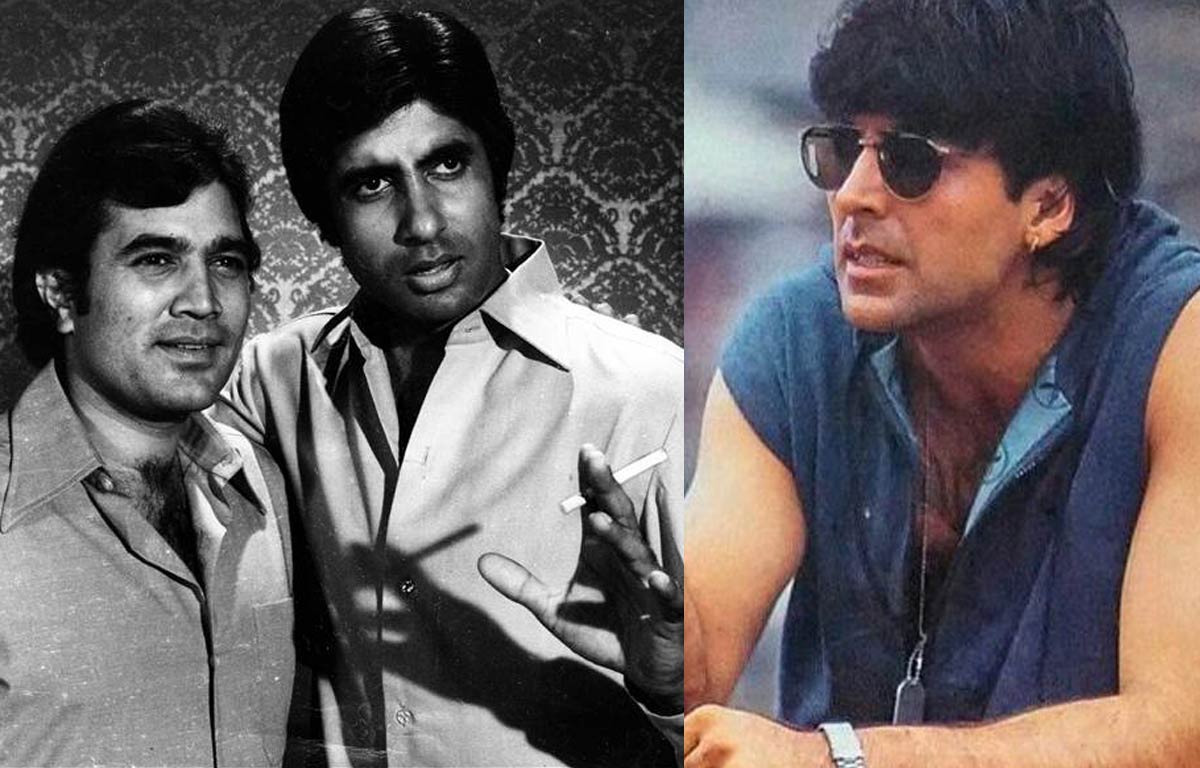