THE DON IS BACK! HERE’S EVERYTHING YOU NEED TO KNOW!

Shah Rukh Khan took the box office by storm when he stepped into Mr. Amitabh Bachchan’s shoes as Don in a re-make of the super successful film in 2006. After the success of the film, the team came out with the second instalment in 2011 and fans since then have been waiting for an announcement of the third film. Finally, there is some great news for all the fans of the franchise as the team is gearing up to officially announce the third part. 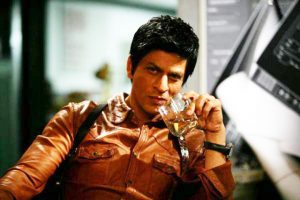 There were several rumours and speculations regarding the third sequel but never did the fans get any official confirmation from SRK or the team at Excel. However, now producer Ritesh Sidhwani has opened up on the development on the film and in an interview to PTI, said, “We are thinking about Don (3) and we are thinking very hard on it. We have found the right idea, it’s being written now. We will make an official announcement soon,” he told PTI. When asked if SRK and Farhan will return to act and direct, Ritesh said, “Wait for the announcement.”

Meanwhile, on the work front, Shah Rukh is busy promoting his upcoming film with Anushka Sharma, Jab Harry Met Sejal. SRK will also be seen with Anushka and Katrina Kaif in Aanand L Rai’s next, where he will be seen playing a dwarf. While we wait for an official announcement from the makers and the superstar himself, you share your excitement about the film with us in the comments section below.