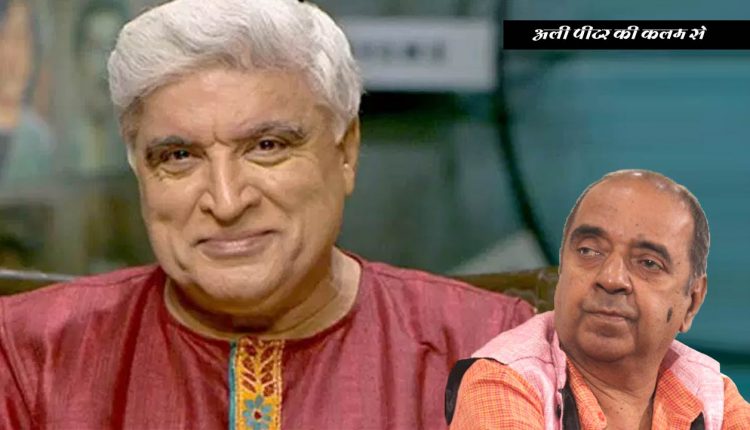 The Fall And Rise Of Javed Akhtar…

My innocent and illiterate mother always asked me never to look down or ignore any human being, because you never know what plans God or destiny has for them and how the smallest could become the biggest one day and how the biggest today could fall one hai…

I remember all the saying of my illiterate mother more than I remember the quotes and sayings of great minds and great gurus. This morning, I was seeing an old video of the poet Javed Akhtarwaxing eloquent on all the ills that were leading the country to the brink of dictatorship and how matters could change if the right people were not in the right places and were not going to take the right decisions at the right time. As usual, he was the great speaker he was and so was he the good poet he is. But, was he always like this? This is the question that is rankling my mind all day and I have still to come to any conclusion about Javed or anyone else like Javed…. 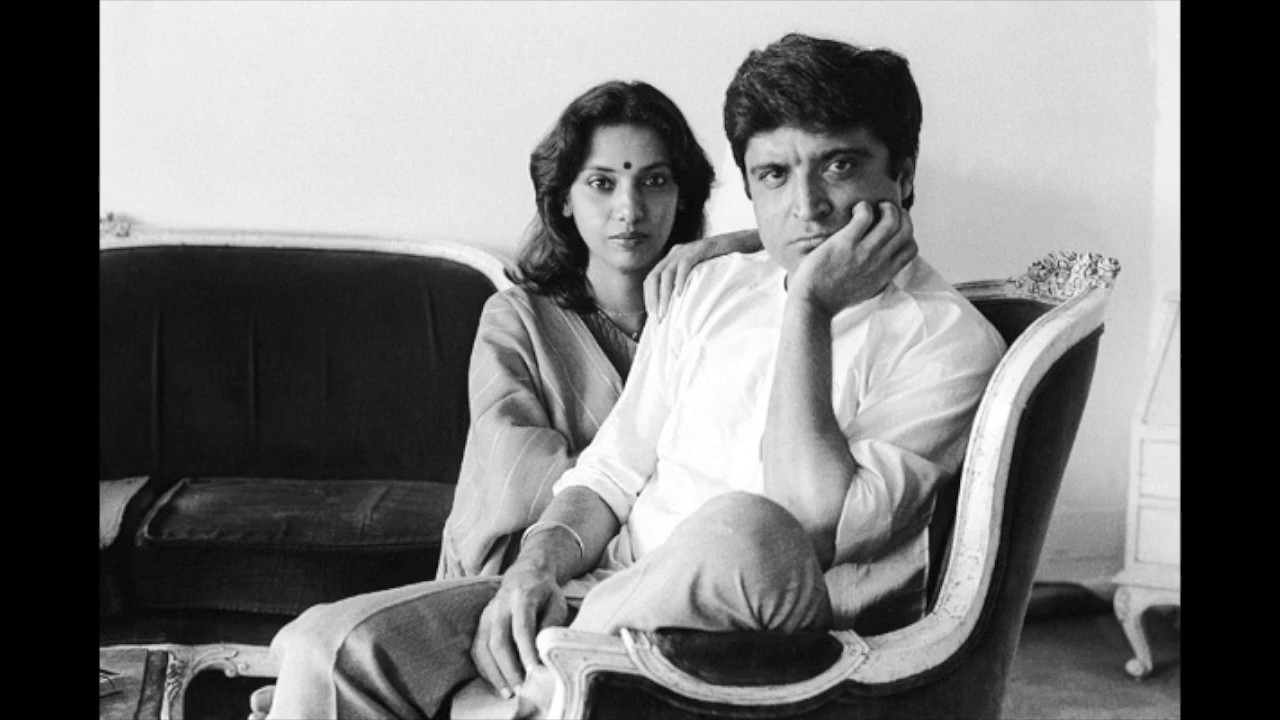 All I know is that he had a very harrowing and harrassed life when he first came to Bombay looking for a career to write poetry or ‘dialag’ (dialogue) for films. His father, Jaan Nissar Akhtar was a well-known poet but had not made enough money and lived in one of the old buildings of Bombay where most of the middle class or poor lived. The worst thing for Javed was that he could have had a shelter and even his daily needs met, but he was unfortunate to have a father who refused to accept him as his son and the feeling was mutual.

Javed, the young man looked for other places and other people who could help. In the beginning, he as is now quite known took shelter in the Mahakali caves and lived hungry most of the time and walked along every lane in the city in the hope of finding some work, but his luck was still a very long distance away from him. He returned home in the dark and stent whatever little money he had on drinking the local hooch which he shared with another struggler called Jagdish who couldn’t take the struggle and died early.

Javed then wanted to have a better life, but he was intelligent enough to know that a better life couldn’t come without better money. He took up small jobs and one of them was as one of the assistants of director S.M Sagar who was also the secretary of the veteran actor Ashok Kumar. But he still ran short of money and sometimes didn’t have four annas(25 paise) to buy himself a cheap meal. It was at such times that he used to meet Mr Ashfaque Ahmad Khan who was a family friend and whose wife was a known writer in Urdu and was known to his parents and other celebrities like Meena Kumari and Kamal Amrohi and ask him for the twenty-five paise which Ashfaque Khan gladly gave him. It was a long story of struggle and strife which was not showing signs of ending. 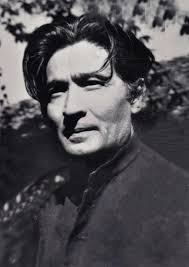 He once met the renowned poet Sahir Ludhianvi who was a close friend of his father who was only going further away from him. He asked Sahir to get him some writing work and Sahir told him all the reasons why he couldn’t help him as a writer, but since he didn’t want to disappoint the young and ambitious poet, he showed him the two hundred rupees that were lying on his table and asked him to take the money. Javed had no way out and so took the money with gratitude.

Here comes the reason why I am writing my umpteenth piece on Javed Akhtar. Sahir was living a very turbulent life and died in the most miserable condition even though he had a bungalow in Versova and a huge building in Juhu. The entire industry attended his funeral at the Juhu kabrastaan and they all left one by one after Sahir was buried. Then the grave diggers asked for their money and called out to Ashfaque Ahmad Khan to make arrangements for the money. He found out that in all the commotion, he had forgotten to carry any money. Javed Akhtar who had now made it was walking ahead of him and Khan asked him if he had two hundred rupees to pay the grave diggers. Javed put his hands into the pockets of his kurta and found out that he had exactly two hundred rupees on him. He realised it was his time to pay back Sahir the two hundred rupees he had taken from him that morning once upon a time not so long ago. What kind of a coincidence can this kind of a happening be called? 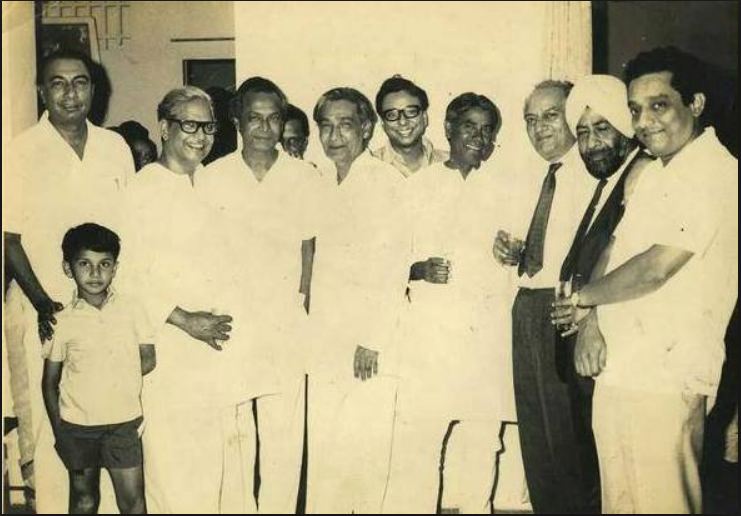 It was the same Ashfaque Ahmad Khan who knew Kamal Amrohi who got him a room which was the costume room of Meena Kumari at the Kamal Studios which belonged to Kamal Amrohi. Javedonly came back to sleep in the room at night. It was during one of such nights that Javed faced one of the stark realities of life, fame and fortune were not forever. He realised this truth when he tried to pull down something from a rack and he saw the Filmfare trophies of Meena Kumari falling to the ground and put them back in place. Those nights in that room taught Javed lessons he would never forget all his life…

His good times (achhe din) began when he started finding work as the third or fourth assistants of some more writers. Things got better when he found a job in the story department of G.P Sippy Films as an assistant and it was in this office that he found a friend in Salim Khan who was a completely failed but extremely handsome actor. The two friends spent all their spare time exchanging stories and one day decided to form a team of writers the beginning was not so good at all, but with time they found work and within the next five years, they were not only the most successful but also the most popular writers. They charged a big filmmaker like Yash Chopra ten lakhs for writing the script of “Kaala Pathar”. Salim had his own apartment on Hill Road and Javed who was more ambitious and flamboyant had his own bungalow at Bandstand. 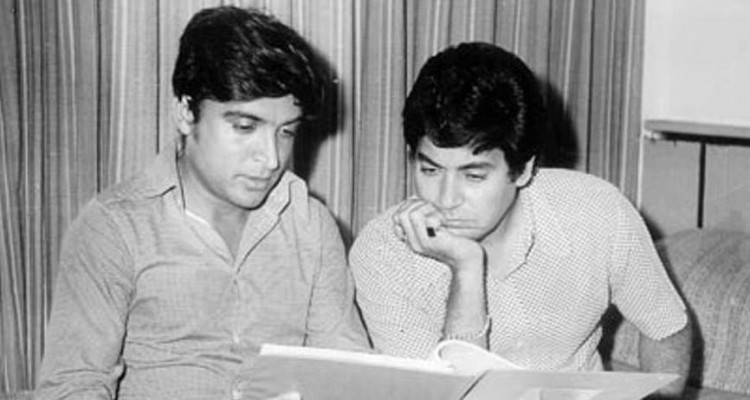 The team created history with their success, but they also created history when Javed wanted to work on his own and wanted their team to split which perhaps was the first time made front page news in all the daily newspapers and the rest was history.

Today, Salim is the head of a family which has done like Salman Khan, Sohail Khan, Arbaaz Khan, Alvira Khan and Arpita Khan, each with their own spouses. Salim had two wives, Salma who was a Maharastrian converted to be a Muslim and the great dancer Helen who he married after a long affair which started when he was a struggling actor in “Teesri Manzil”.

Javed however had a tumultuous domestic life. He had married a one-time child artist, Honey Irani and they have two children, Farhan and Zoya. But as time passed, Javed and Honey couldn’t get along and Javed married Shabana Azmi and they have living happily (?) ever after. 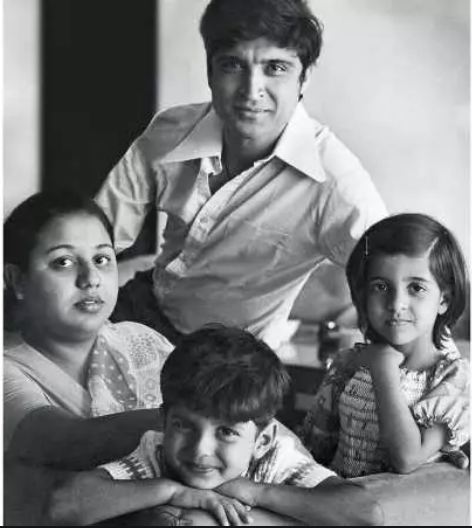 Javed was nominated a Member of the Rajya Sabha and together with his friend, the lawyer M.P Kapil Sibal, he got a bill passed in Parliament which gave writers and poets the kind of facilities to make more money which angered the film industry which decided not to give Javed work. Javed these days writes lyrics only for the films of Farhan and Zoya. And the rest of the time he is busy fighting for various causes and is a must see face on almost every channel on television and as the effortless ease to debate on any subject under the sky and even beyond. As said by me many times, I have serious differences with him and have even called him a fraud poet, but I couldn’t but admire him when he took the side of the young president of the JNU, Kanhaiya Kumar and when Kanhaiya contested the elections from Begusarai, he spent his own money and time to spend days and nights to campaign for the young leader. It must have reminded him of the days when he was a student leader who recited fiery poetry and made more fiery speeches.