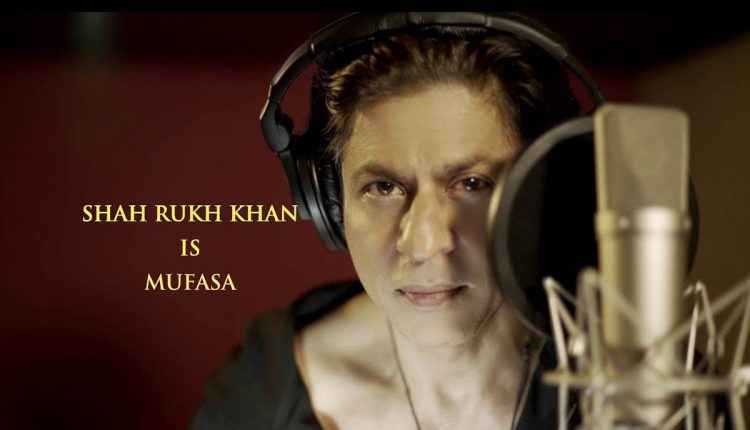 After having conquered hearts with ‘The Jungle Book’ in 2016, Disney is all set to present its legendary franchise and crown jewel- the live action version of ‘The Lion King’ – with ground-breaking technology that re-imagines the greatest story ever told. And who better to bring alive the magnificence of the film in Hindi than the King of Bollywood himself – Shah Rukh Khan; who pairs up with son – Aryan Khan to voice for King Mufasa and his son Simba respectively. Presenting the much awaited HINDI Trailer of Disney’s live action magnum opus The Lion King with the voice of Superstar Shah Rukh Khan! In the Hindi version, King of Bollywood roars as Mufasa; Aryan Khan as Simba, Ashish Vidyarthi as Scar, Shreyas Talpade as Timon, Sanjay Mishra as Pumbaa and legendary Asrani as Zazu! Directed by ‘Iron Man’ and ‘The Jungle Book’ fame director, Jon Favreau, Disney’s The Lion King is one of the most-anticipated films of recent times. Etched forever as a pop culture classic, the animated version is known for its strong and emotional storytelling and memorable characters. And now the heroic coming-of-agejourney will make it to the large canvas with a pioneering and game changing photo-real animation technology, using cutting-edge tools to make the musical drama come alive on the big screen.Disney’s The Lion King releases on 19th July 2019 in English, Hindi, Tamil and Telugu

This Twitter Banter Between Sonakshi Sinha, Varun Sharma And Badshah Has Created A Perfect Buzz For ‘Koka’

The Shah Family Grooves To ‘Shubhaarambh’ In Anupamaa

5 Reasons Why All Love Aly Goni