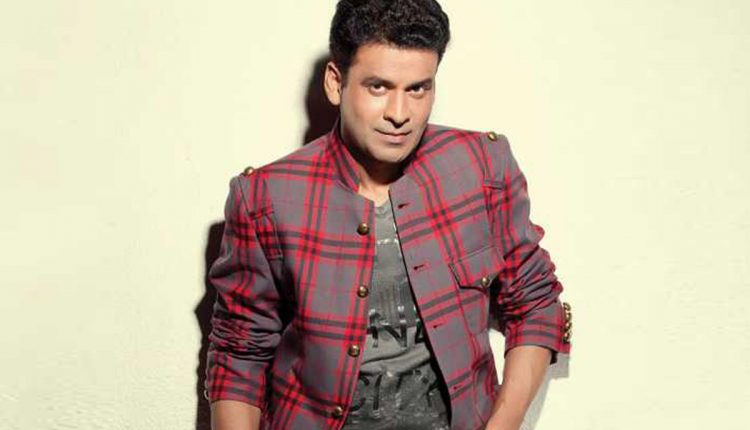 I first heard about an actor called Manoj Bajpayee from Naseeruddin Shah and I had a feeling that if Naseer praised a new actor who had still to make it, the young actor must have been very good to make an impression on the difficult to please Naseer. The next time I heard about this new actor was from another great actor, Om Puri and before I could hear anything more about him, he was already in Bombay and had started making a mark in some TV serials and had even found a godfather in Mahesh Bhatt who kept encouraging him.

It was during the shooting of one of his serials that I met him and we struck up a friendship which I think lasts till now.

I first had a long talk with him when he dropped in at my place and told me the story of his early life. He was born in a family of farmers in a district or was it a village called ‘Bettiah’ in Bihar. He was interested in what his forefathers were doing for a living, farming, but somewhere hidden within him was an actor who was waiting to strike.

He knew he would never be able to make it if he continued living in the same village, studied in the village school and helped his family in farming. He had a strong liking for animals helping in all that happened in farming. So, the hidden actor emerged and his first stop was Delhi from where circumstances didn’t allow him to move out.

He was lucky to find a mentor in Barry John who he also helped in his activities as a teacher of acting. Barry found him to be very promising and advised him to join the National School of Drama. He was denied admission thrice, but he did not give up till he was admitted on his fourth try and then there was no looking back for the hidden actor to make Manoj Bajpayee a force to try and challenge himself to be known as one of the best actors.

He was noticed in the serials he worked in, but if there was one role which he was destined to play, it was the role of Bhiku Mahatre, the fun loving and fearsome Don in Ram Gopal Varma’s ‘Satya’ which made him a household name and a ‘hero’ among the youth of cities, towns and villages. It was a role of a lifetime and he knew that he would have to put his life into the role if he had to face a better future and keep fighting to keep the actor in him alive.

His playing Bhiku Mhatre was the beginning of an actor who could play a prince and a street-wise pauper with the kind of ease that was not seen in many actors, even among the stars.

Manoj (I have just come to know that his name was inspired by the veteran actor-filmmaker shone out in every film and every role he played on a series of interesting films like ‘Aks’, ‘Satya’, ‘Bandit Queen’, ‘Pinjar’, ‘Raajneeti’, ‘Aarakshan’, ‘Gangs of Wasseypur – Part 1′, ‘Shootout at Wadala’ and he has only grown in class, quality, intensity and the ambition and desire to entertain because he is one actor who is aware of the fact that he has to give his producers and especially the audience their money’s worth.

He is forty-eight now, is married to Neha who was the heroine in just one film she did after which she quit films to marry Manoj. They have a daughter and it is these realities of life that make him work harder and better with time.

Winning awards is a way of life with him, but I never expected him to win the Padmashri. I have been a part of his big and sometimes dirty game of awards and I know to what extents some of the biggest stars go to win awards and titles from the government but knowing Manoj as I know him, I can vouch that he would not have stopped to win the Padmashri. He can always be at peace with himself knowing that he has won whatever he has only because of his once hidden talent which is now there in the open for the world to see and appreciate.

I think Manoj Bajpayee would be very happy to know that Manoj Kumar is a big admirer of Manoj Bajpayee the actor in his own class and who cannot be imitated by anyone else.

Forty-eight is only a beginning for an actor with unlimited talent and there is such a long journey for Bhiku Mhatre or Manoj Bajpayee, call the amazing actor what you want.

Akshay Kumar Is The Only Actor Of All Seasons

“I Want Alia Bhatt To Star In My Biopic,” Says Aruna Irani