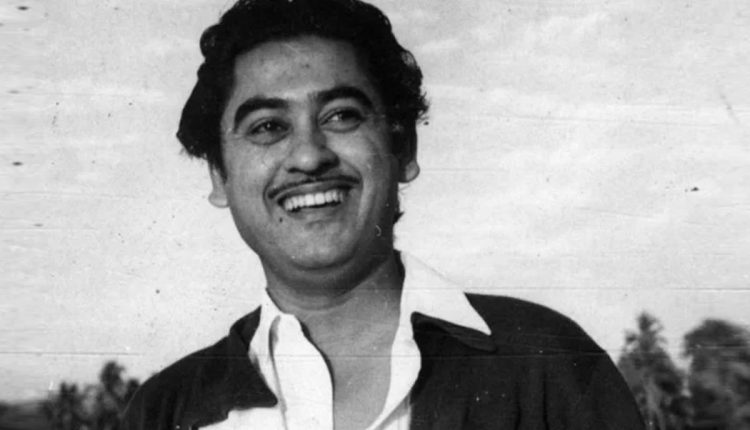 THE MAN WHO WORE SEVERAL MASKS ON ONE FACE

The number of stories I have heard about Kishore Kumar Ganguly (he loved calling himself Kishore Kumar Khandwa wala) can go into a book I can call ‘The many eccentricities of an enlightened man’. They are really too many to let me tell you about, some I have experienced my self and some he has told me (I don’t know why he made me his favourite when he wanted to come up with some of his experiences and eccentricities. I must share some of his experiences which he has shared with me and also tell you about my meetings with him.)

The first time I accompanied my aged editor who was invited by “the emperor of eccentricities”. We had rushed to reach ‘Gauri Kunj’, his bungalow in Juhu on a Saturday afternoon at 2:00 pm sharp. ‘Do baje zaroor pahunch jaana kyunki uske baad meri mulakat shani dev ke saath hai’, he had warned us. We finished our work and reached ‘Gauri Kunj’ fifteen minutes before two. We reached the gate and rang the bell. The sound of the bell was like the sound of the bell of a church when a funeral procession is nearing the church. We looked at each other and did not say a word. And before we could think again, we heard all kinds of music playing in the compound and then an old man dressed in the shining robes of a Christian priest and with a long and completely grey beard came staggering down the steps.

We wondered where we were and what was happening. Immediately a crowd of around fifteen huge dogs started barking at us and we were terrified. The old priest just raised his right hand and all the dogs went back to their kennels. He then asked me who I wanted. I answered with a tremor in my voice and said ‘Kishore Kumar Ganguly’. He said Shor Kumar. I don’t know. I am two- hundred and twenty-two years and twenty two days old but I am younger than you and I can see and hear more clearly then you. I am the very reverend Father Gregory Lobo. This is St. James Cathedral. Yes, I have heard there was an old singer who you call Shor Kumar who lived here one. He died five hundred years ago. His body is buried under my Cathedral. He still comes visiting me every night and sings a couple of songs which I don’t understand and then goes away after giving me a hug.

You may come in and I will offer you some good wine which Jesus had with his apostles at ‘the last supper’. We could not take it any more and we rushed into each others’ arms trying to comfort each other. We knew it was Kishore Kumar playing one of his nasty games and we decided to leave him in his Cathedral and rushed to the nearby Santacruz Station but not before all his dogs said their good – byes to us with a unanimous howl and the grey figure told us, ‘please do come again. Shor will come again tonight and I will tell him all about you and see how he reacts. He can really be a very mad man sometimes.’ We did not tell any one about our experience with the ‘very reverend Gregory Lobo who was only two hundred and twenty- two years and twenty -two days old.

The next time Kishore Kumar Ganguly sent me an invitation to his birthday party at ‘Gauri Kunj’. The invitation was brought by a man dressed in smart spotless white and whose English was the most outlandish kind of English I had ever heard. I decided to go to ‘Gauri Kunj’ in spite of my first eerie experience. Kishore Kumar, dressed in a lungi and a kurta with a garland in his hand. He placed the huge garland round my neck and said, ‘keep wearing it till you leave the party, nahi to Shani dev bahot naaraaz ho jaayenge. I decided to make no mistake in following his instructions. 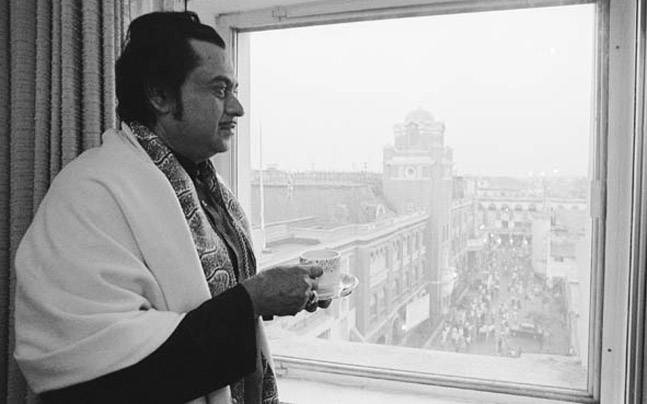 He took me around and showed me hundreds of photographs of K L Saigal and showed me a Gramophone player which he said was ‘Baba Adam Ke Zamane Ka belonging to the first human being on earth’. I could not make any sense of it even after having a couple of drinks. The only thing I remembered was the delicious dinner. The man in white then spoke in his outlandish English and offered to reach me home before mid-night because ‘Kishore Da’ had asked him to warn me because if I did not reach home in time some harm would come over me. I did not want to take any risk and reached home five minutes before midnight and strangely it started lightening around that time. The next morning he sent the man in white to my house because he wanted the garland back. It was something very strange but absolutely true.

I kept meeting him again and again. Every time he asked me for my full name because he could not believe anyone could have a name like Ali Peter John. He promised to make a film with my name as the title, a promise he broke when he heard that Manmohan Desai was making a film called “Amar Akbar Anthony”.

Kishore told me all about his four wives one evening. He told me about his first wife, Ruma Guha Thakurta who he said was ‘too angrez for a bhola bhala man from Khandwa.’ He said they had separated but he had all the respect for her because she was the mother of his first son Amit. Talking about Madhubala, his second wife he said ‘she was like an angel who had come down from heaven and was wanted by God in heaven as soon as possible because there was a shortage of angels in heaven’. Talking about Yogeeta Bali he remembered the first night after they got married and how she almost died of fright when she saw a number of human skulls dancing below the roof.

Their marriage ended and Yogeeta married Mithun Chakraborty and Kishore said, “I could have got her a much more handsome man. What did she find in that dark and ugly Bengali?” He however had all the good words to say about Leena Chandavarkar who he said was the only woman who gave him inspiration and brought out the best in him and also gave him a son called Sumit as a gift. He called all his wives ‘bandariyas’ (monkeys) because he said they all basically belonged to Bandra before they married him, but the real reason why he called them so was known only to his very close friend and confidant, Abdul who laughed whenever he called them “bandariyas”. 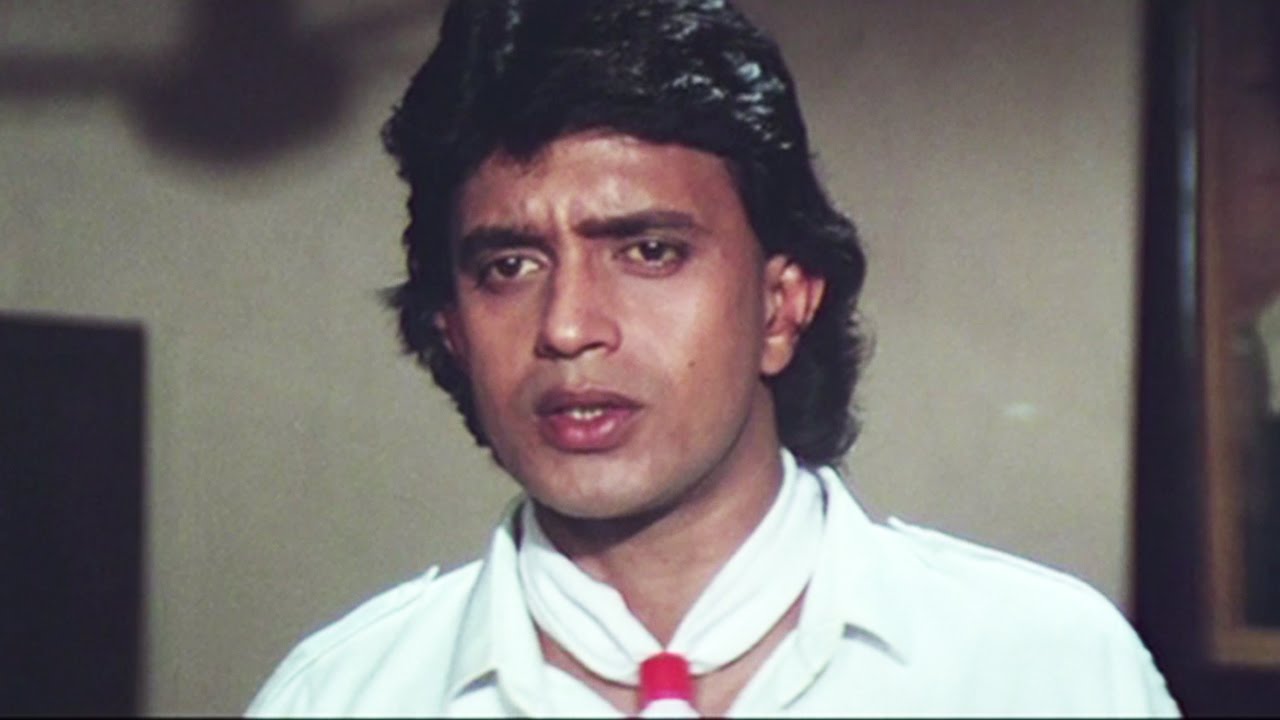 He remembered the time when he called his unit to a faraway location to shoot for one of his films and did not reach their himself but when he finally reached he asked them all to have a picnic and the best of food and drinks were served and every member of the unit was presented with gifts to carry home. He also remembered the time when he refused to recognize his own producers and the times when he pretended to have lost his voice till his secretary made it clear that the money had reached.

He changed the interiors and specially the colours of the walls and the position of the doors of his house to avoid unwanted guests and especially “the income tax wale saale”.

And that is just what happened when he died in his sleep one October night and no one could believe he was dead. His body was kept for two days but that mischievous and mysterious smile was still intact. And just like him he had made a secret wish that his body be taken far away from the city of Bombay and cremated in the quiet fields of Khandwa where he was born.