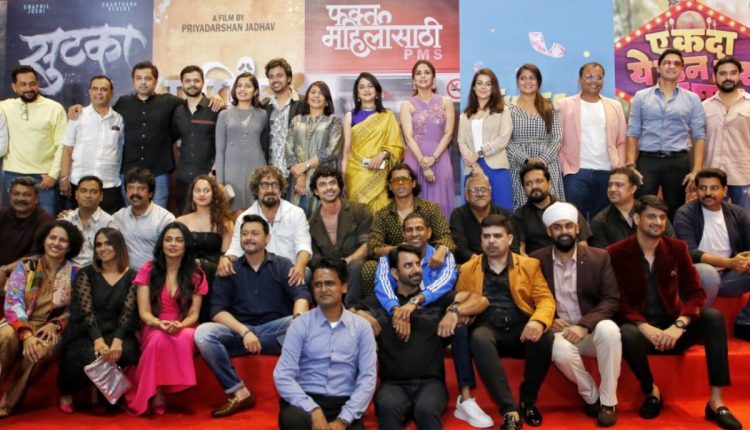 Yes. Kaleidoscope Cinema, Pictures Productions and S. R. Enterprisers have decided to collaborate on not one or two but for SEVEN strong BIG Marathi movies. The Marathi film industry has grown tremendously over the years with high-quality content, theme, storytelling, stellar talent, production, and presentation – Jyothi Venkatesh 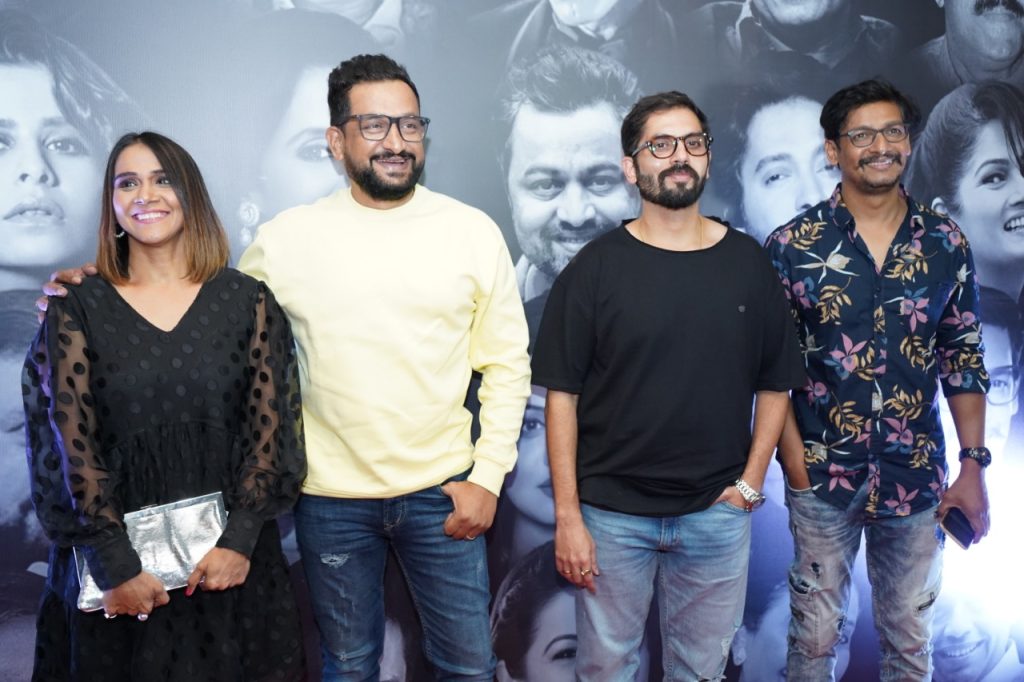 The Marathi entertainment world has become more and more extensive and has also gained audience love & support over the years.Two major production houses have come together and announced the seven-strong slate, its biggest to date in the Marathi film industry at a recent event in Mumbai, the renowned writer-producer Paritosh Painter’s Kaleidoscope Cinema & Picture Productions and Producer Rajesh Kumar Mohanty’s S. R Enterprisers, Co-Produced by Manoj Avana and Online Producers are Mangesh Jagtap and Sejal Painter. 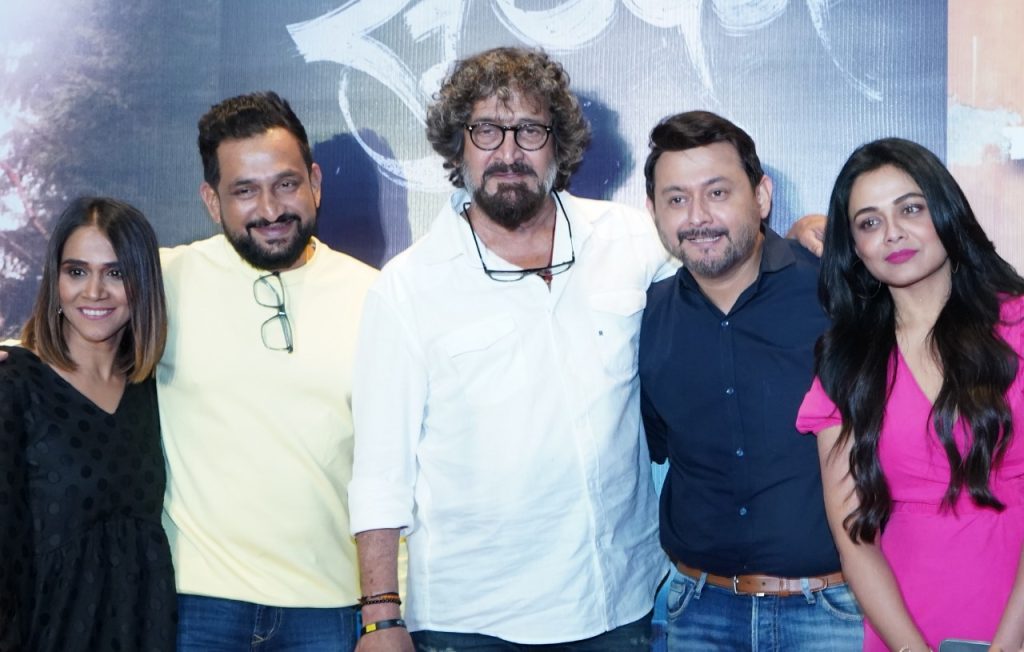 Mahesh Manjrekar will be directing ‘Nirvadhi’ which will star prominent actors like Subhodh Bhave, Upendra Limaye and his daughter Gauri Ingawale. Sutaka will be directed by Prasad Oak and it will star Swwapnil Joshi, Prarthana Behere, and Omkar Raut in the lead roles. 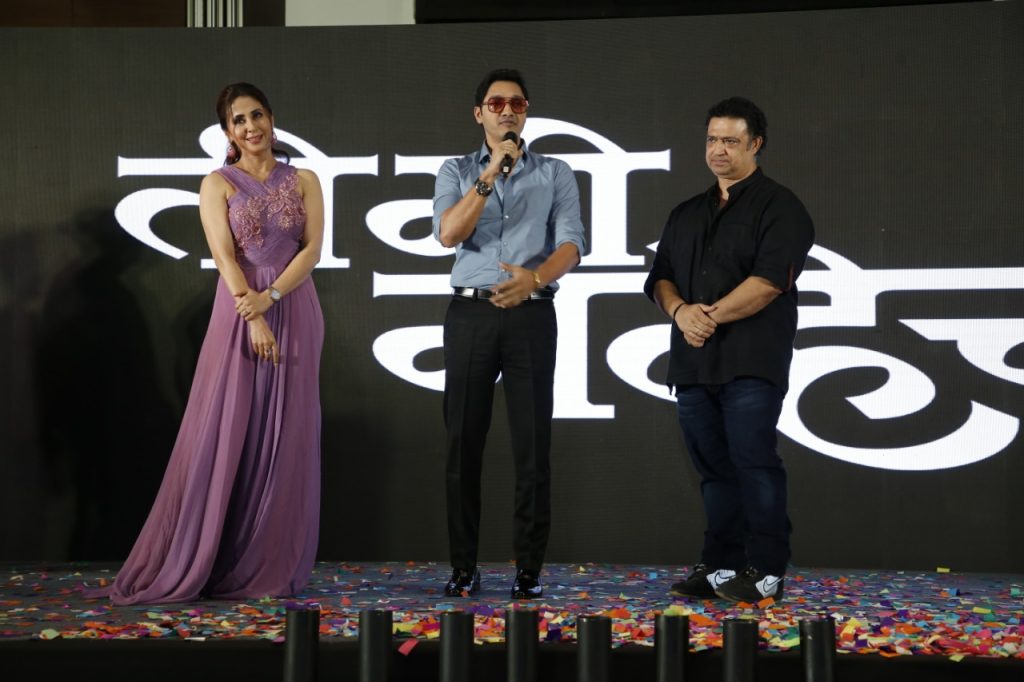 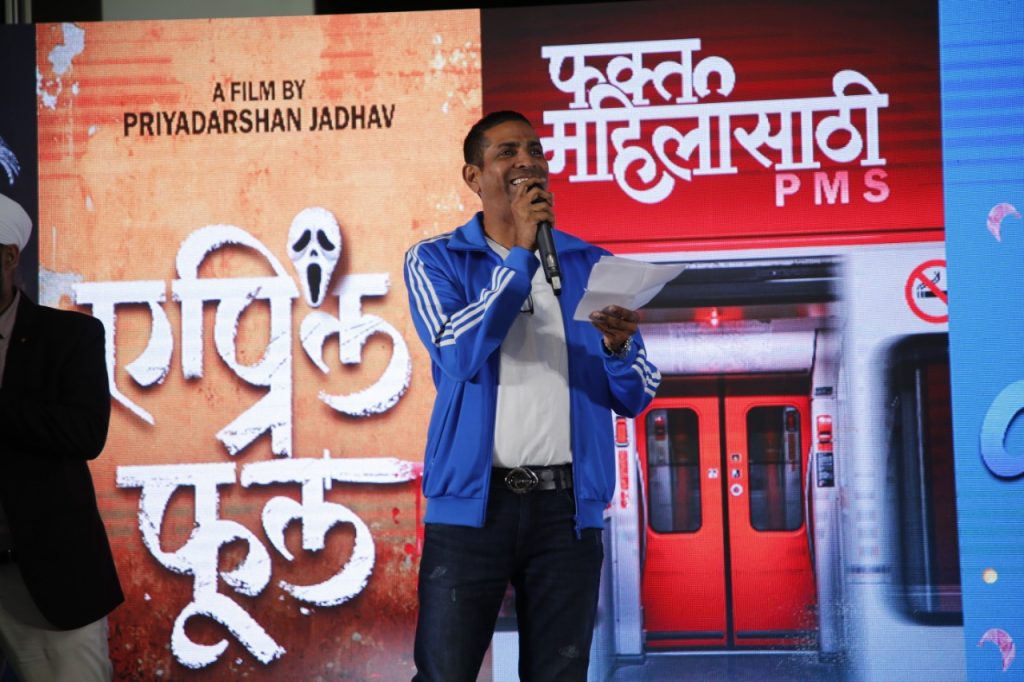 “Ti Me Navhech’ written by Paritosh Painter, will see a stellar cast of Shreyas Talpade and the gorgeous Urmila Matondkar who will be working together the first time. The film will also feature Ninad Kamat in a prominent role. 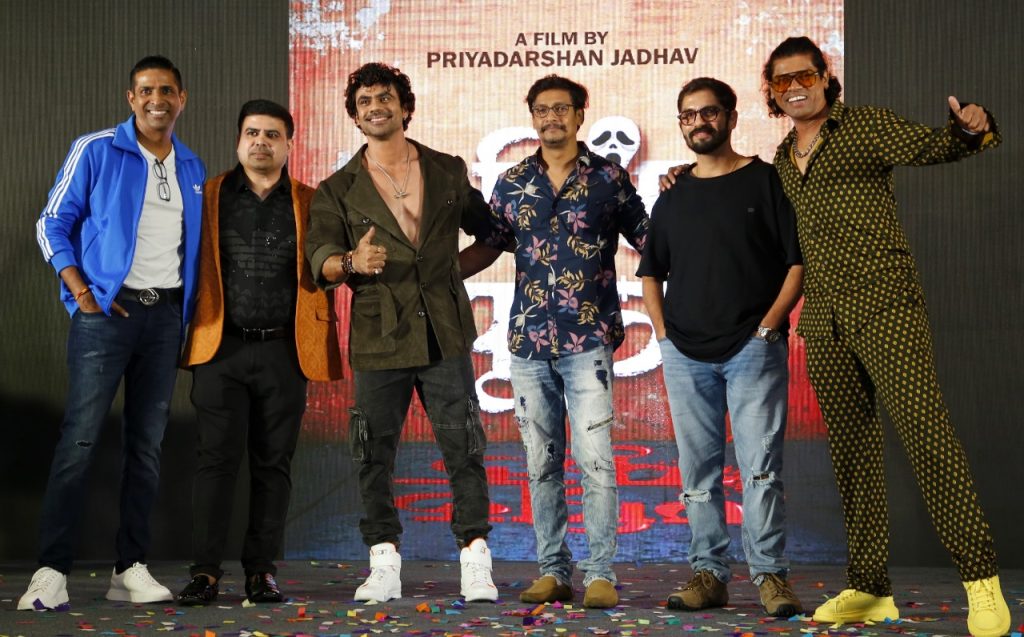 Speaking on the occasion, Producer Paritosh Painter, Kaleidoscope Cinemas and Picture Productions, said, “Marathi is my mother tongue and I have always enjoyed Marathi cinemas and wanted to be a part of this amazing industry, and I am extremely happy that this dream is coming true. We really hope our content receives love and appreciation from the audiences.”

Producer Rajesh Kumar Mohanty, SR Enterprises, said, “Marathi films are no longer restricted to a particular community but are loved by audiences across the globe. Content plays a key role in Marathi cinema and that’s what I love most. We are extremely happy to come together with seven unique content-driven entertaining films in Marathi.”

Speaking on the occasion, filmmaker Mahesh Manjrekar said, “The story of the movie ‘Nirvadhi’ was on my mind for a long time. It’s a beautiful love story and a very unusual ones.

Subodh Bhave was my choice to be part of this film since the beginning. Subodh too liked the story and with filmmakers like Paritosh Painter and Rajesh Kumar Mohanty coming together, we are sure that this film will be great in all aspects.

Director Prasad Oak said, “As a director, I had dealt with historical films and period films. I really wanted to tell something unique and talk about the present scenario. I am very happy that I will be able to tell such a story through the film ‘Sutka’.

Urmila Matondkar, who is making a comeback in Marathi after a long time, with a film whose directr’s name is yet tio be decided, expressed her feelings and said, “I loved the script that Paritosh narrated and it also stars amazing talent like Shreyas. So, when the team approached me I just couldn’t resist”. 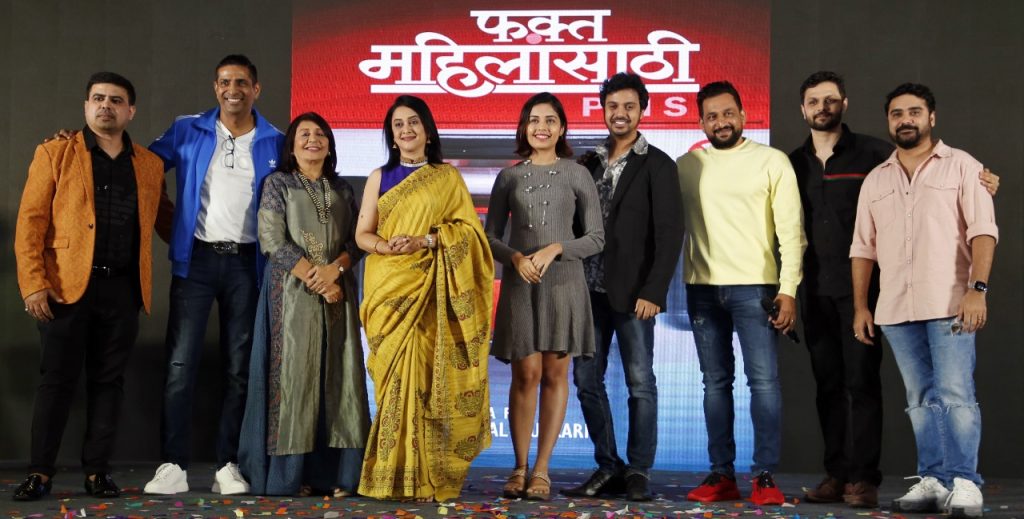 While other details about each movie are under wraps, these seven mega entertainers will definitely be game changers for the Marathi film industry and also give a takkar to the Hindi film industry. 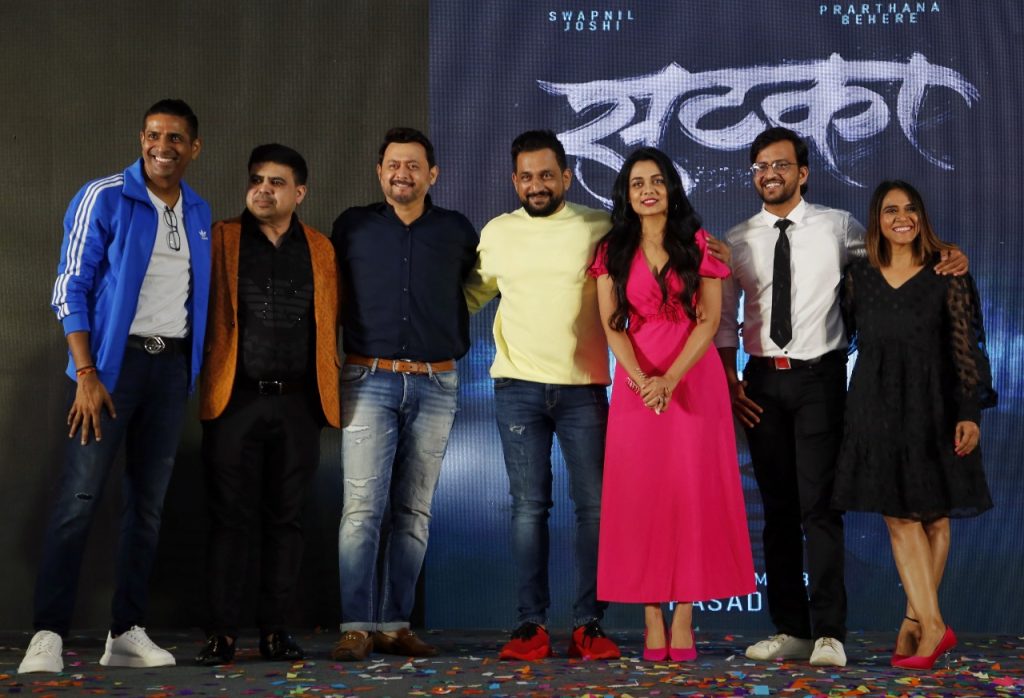 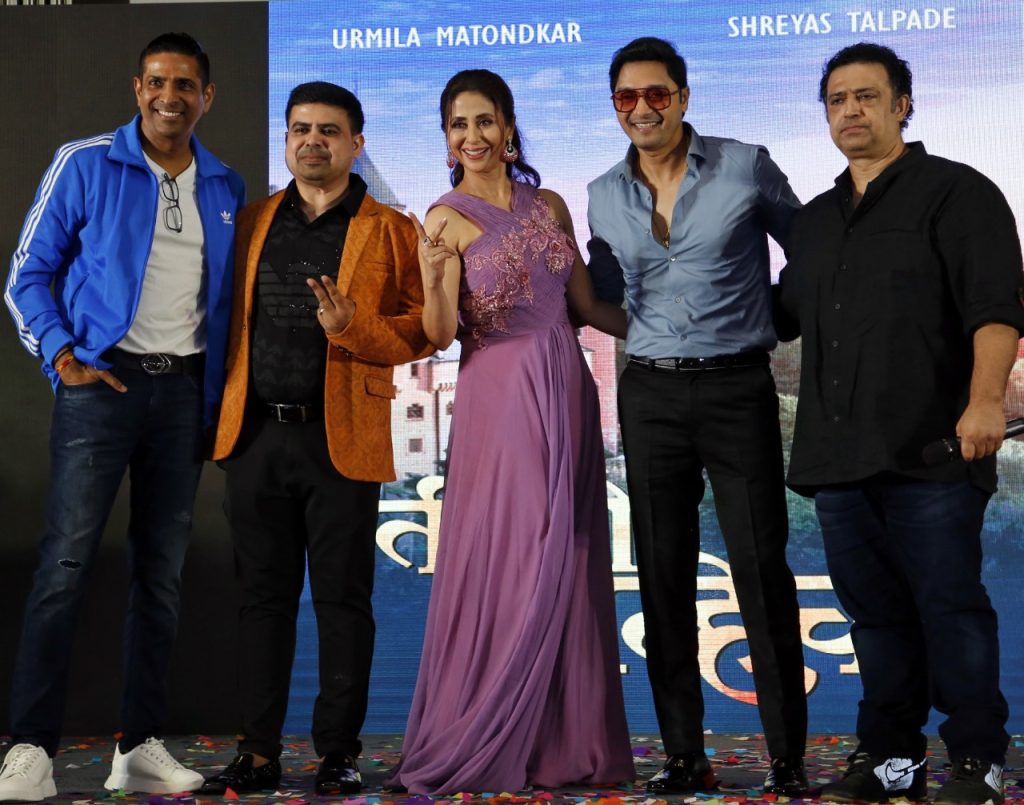