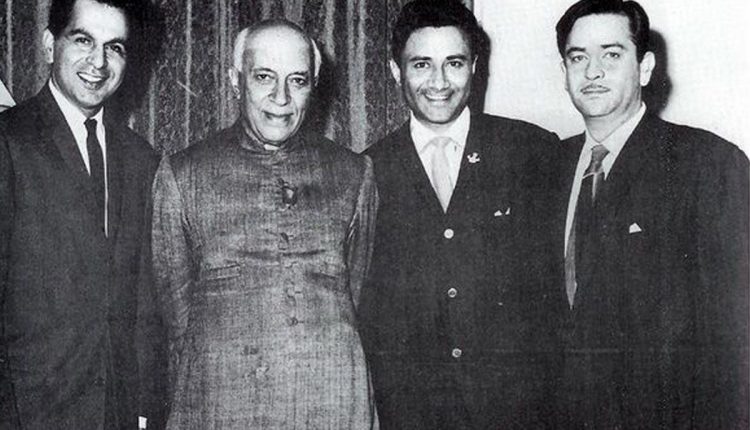 The Most Tricky Game Has Begun, Let’s Play

There was a time when film stars were taken as tamasha walas by politicians and others in high places and by those sitting in their ivory towers, but there was always a connection with the stars because of their amazing crowd-drawing power, but no one till the eighties could imagine that these filmwalas would play a very important part in the politics of the country and in different states, but the truth today is that the game of politics cannot be played without star power, whether some hard-core politicians agree or not

It was the first Prime Minister of India, Pandit Jawaharlal Nehru who not only recognised the worth of stars, but also treated them with all the respect and was a very close friend of the legendary trio of Dilip Kumar, Dev Anand and Raj Kapoor, but he did not use them to campaign for him or the Congress Party.

The first actor to be nominated to the Rajya Sabha was Prithviraj Kapoor, but he could not make any impact as he said he was never given a chance to speak during entire term. This regret was later also made known by Nargis, Lata Mangeshkar and M.F Husain and many years later by Bharat Ratna Sachin Tendulkar. 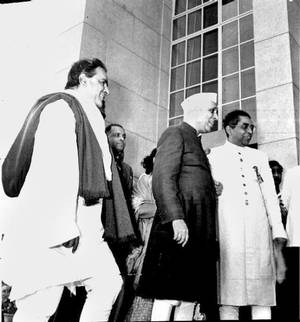 The first-time film celebrities took to politics seriously was in the South. The well-known writer of Tamil films, C.N Annadurai who was instrumental in forming the DMK party. He was followed by legendary stars like M.G Ramachandran and his disciple, the actress Jayalalitha and the DMK Party when it split had MGR as the founder of the AIDMK. The latest legends to join politics in Tamil Nadu are Rajnikanth and Kamal Haasan. In Andhra Pradesh star politics started with N.T Rama Rao who was and is followed by any number of stars and directors. There were star politicians in Kerala and Karnataka too but they couldn’t make it on a national level. The one big star who could make a big splash in Indian politics was Dr Sivaji Ganesan who had a place of his own and was highly respected by Mrs Indira Gandhi.

The fever took time to catch in Hindi films. The first Prime Minister to take Hindi stars seriously was Rajiv Gandhi when he invited his childhood friend, Amitabh Bachchan, Sunil Dutt and Vyjayanthimala to contest elections to the Lok Sabha in 1984. All three won with thumping majorities with Amitabh not only winning from Allahabad but trouncing a major leader like H.N Bahuguna who lost his deposit and was so shocked that he died of a massive heart attack a few months later. Sunil Dutt gave a powerful leader like Ram Jethmalani a thrashing beating at the polls that he never thought of contesting elections again. That Amitabh quit politics just months after creating a storm in politics is a different matter.

It seemed like Atal Bihari Vajpayee had learnt a lesson from Rajiv Gandhi when he invited major stars like Dharmendra, Hema Malini, Vinod Khanna and Shatrughan Sinha to join him when he formed the first BJP government. He even went to the extent of making Vinod Khanna and Shatrughan Sinha Union Ministers in his Cabinet in charge of vital portfolios. Hema Malini has been a star campaigner of the BJP for years and has been a Member of Rajya Sabha. The world renowned wrestler and actor-filmmaker Dara Singh was also nominated to the Rajya Sabha during Atal Bihari Vajpayee’s term and he was so sincere that he never missed a single meeting during any session and spent every rupee of his MP fund for various social and public welfare schemes. He was perhaps the only MP of the BJP who attended functions and festivals organised by every community without any fear of being called an anti-party MP. 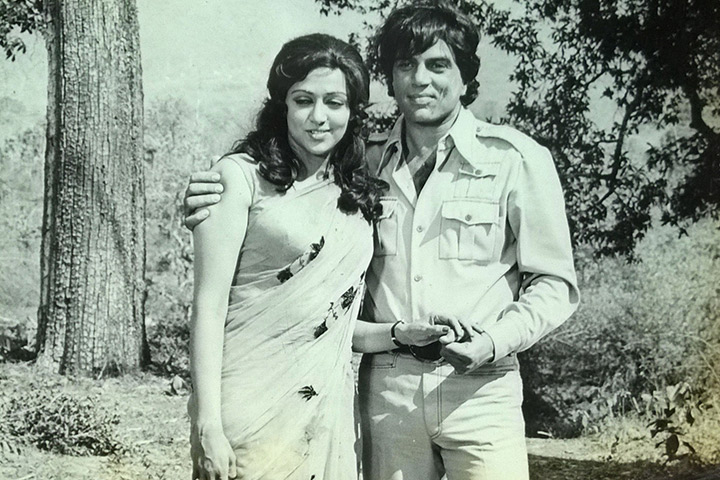 The popular young music director Babul Supriyo was made a Union Minister of State in Narendra Modi’s government. The Congress nominated actress Rekha to the Rajya Sabha and the Samajwadi Party has nominated Jaya Bachchan to the Rajya Sabha twice. Star power has chosen some of the popular stars, like the Congress had Rajesh Khanna contesting twice, winning over Shatrughan Sinha once and losing to L.K Advani which marked the end of his political ambitions. The other star who found favour with the Congress was Govinda who defeated a giant like Ram Naik the first time and could not dare to aspire for another chance because he had hardly visited his constituency during his term and the Party did not want to take a risk by fielding him again. Another political career had come to an end…..

And now Narendra Modi has been seeking the support of star celebrities like Akshay Kumar, Anupam Kher, Karan Johar and Aamir Khan and they have responded to his request favourably, the list also includes A.R Rahman. The Trinamool Congress in Bengal has fielded Moon Moon Sen for the second time, besides other film celebrities….. 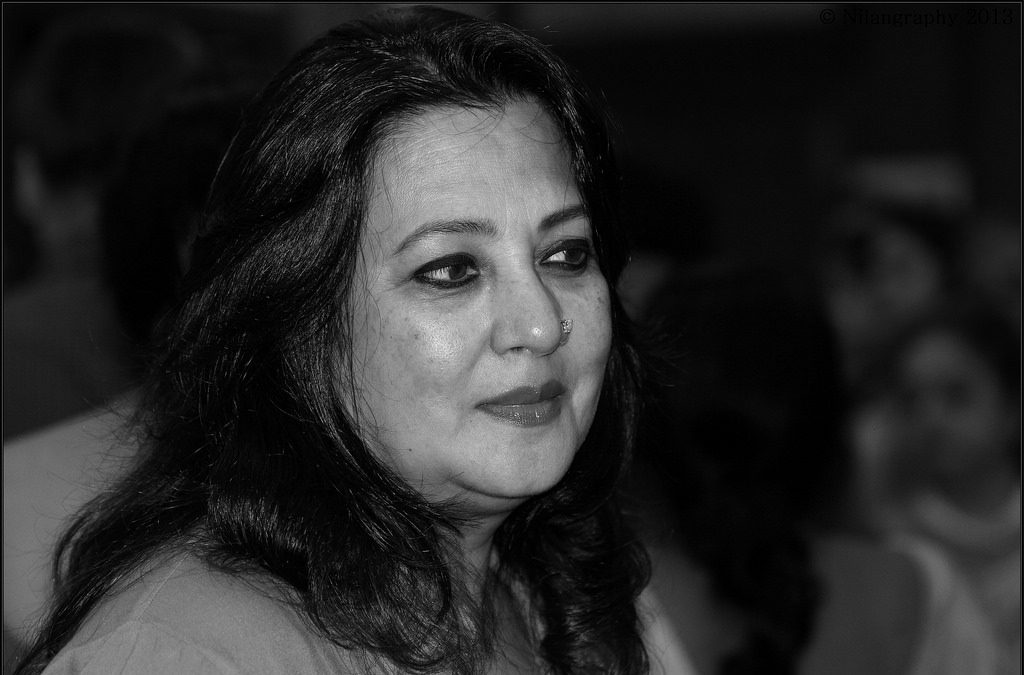 The one big legend who was asked by several parties to contest or be nominated was Dev Anand, but he turn down all offers and said,“I don’t want to be a number in a crowd or just be there to raise my hand whenever some Whip orders me to”. Dev took to politics seriously when he launched his own party called the National Party and the first meeting he addressed at the Shivaji Park created shock waves in political circles. But unfortunately, his followers could not match with his enthusiasm and he called off the National Party.

There have been smaller stars and even retired stars who are paid a few thousand rupees to campaign for some parties but if you ask me, I think there has been no star campaigner like Balraj Sahni who took campaigning seriously and I remember how I as a student used to attend every meeting he addressed, (sometimes with the writer-filmmaker K.A Abbas who I never knew then would be mentor who would show me the way to a new life) to support the one-time Defence Minister,V.K Krishna Menon who was facing a very tough competition from the newly formed Shiv Sena which joined many others in blaming him for the ignominious defeat India had to face during the Indo-China war of 1962. 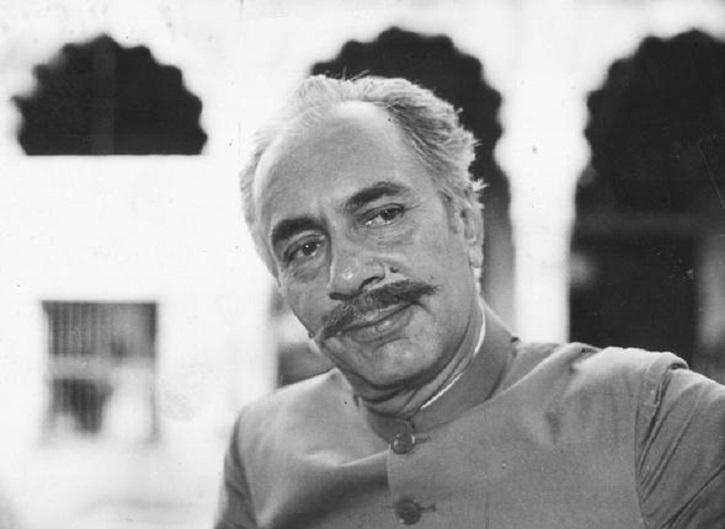 Menon won the elections when men like Balraj Sahni, Abbas and Dev Anand supported him whole heartedly, but he was not selected by the Congress Party the second time and he decided to fight as an independent and lost the elections very badly against an almost unknown Congress candidate, S.G Barve. The defeat had a devastating impact on Menon that he went mad and Dev Anand remembered how an old man was knocking at the gate of his bungalow in Juhu and was absolutely shocked to see the condition Menon who was once known as one of the most brilliant minds in the world and who had addressed the United Nations for nine hours without a break, being reduced to such a sorry state. Dev gave him shelter for some time and he then left only to be heard of again when he was dead and was not even given the kind of coverage many felt he deserved. That is the power of politics, it can take you to heights you cannot imagine and even to lower depths you cannot imagine… 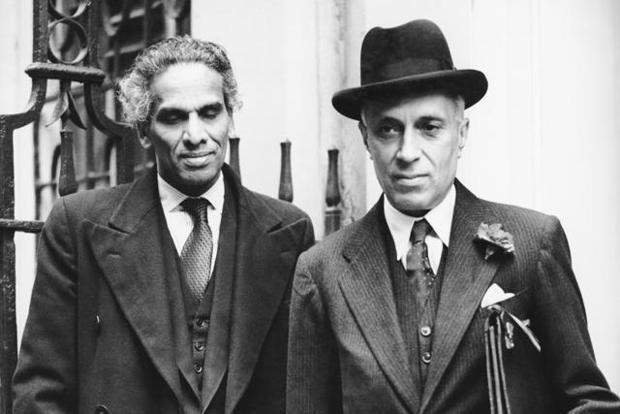 Many men and women are going to see this power at work sometime during the end of May 2019 or certainly in the first week of June 2019. Let the show that has already begun go on…I am a very close observer of the political scene in the country and even outside, but I have never and will never consider myself an authority. I may have missed out on some names in this piece, but as I say, I am no authority, not even on films which have been giving me my daily bread and butter or on life. If I am an authority on any subject, it is love, but then who cares for what someone called “an outdated feeling and a waste of time”.