The poster of the Short film Shameless just is out, the film has been Qualified for Oscar Consideration.

By Team Bollyy Last updated Jan 8, 2021
134
Share
Shameless: This fast-paced dark comedy thriller conveys a sharp and brutal message in just 15 minutes. The film revolves around the life of a work-from-home professional, who constantly uses apps to order consumables, and who wakes up one day to find himself trapped by an exasperated pizza delivery girl.

The film dives deep into the lack of kindness with the emergence of technology, while it also attempts to raise relevant questions on the issues of entitlement, humanity, and lack of empathy toward the disadvantaged. We are becoming distant while we are increasingly social online, where a fake sense of invincibility comes to the fore and frailty or insecurities are masked easily. 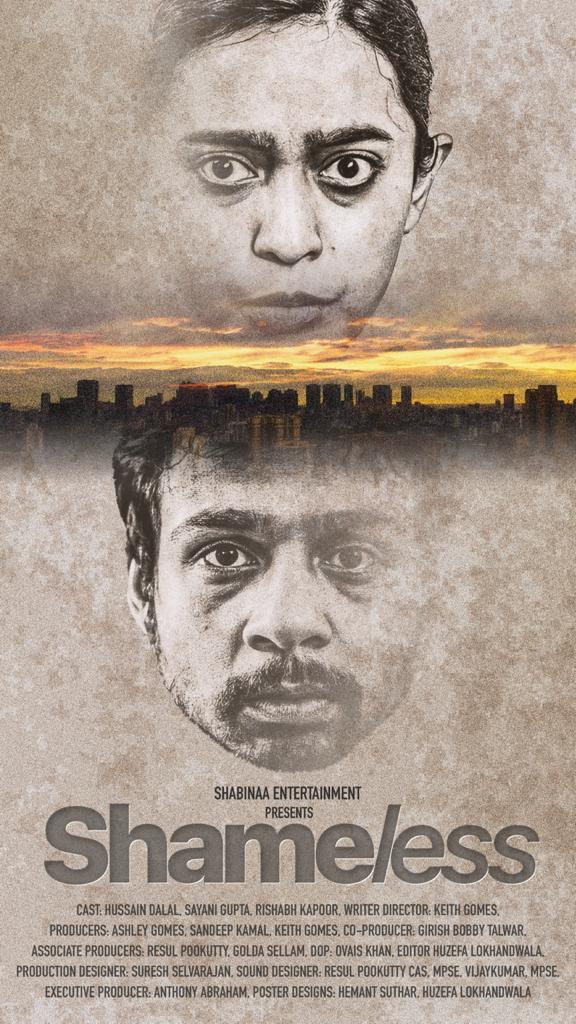 Before being qualified for Oscar consideration, Shameless was a finalist at the recently concluded 3rd edition of the Best of India Short Film Festival 2020 and also it premiered at the New York Indian Film Festival. Hussian Dalal won best actor at the Filmfare Short Film Awards (2019)