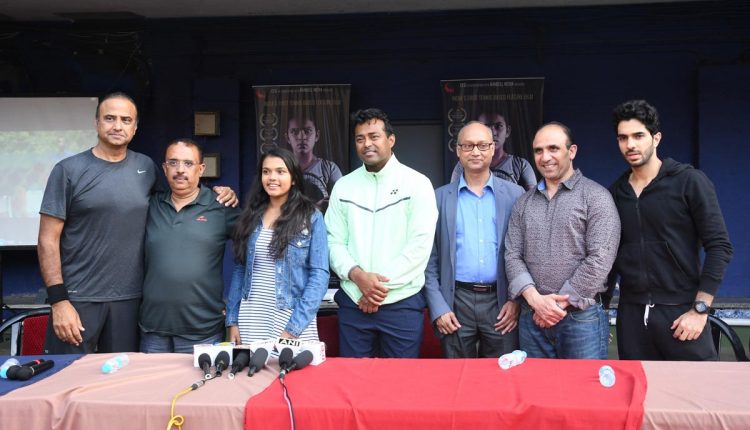 Anoop Wadhwa, writer concept story and Screen Play Executive Producer and release Partner of the Film Tennis Buddies states “This is an unexplored subject. To keep it real, we cast Dakshata Patel, a real tennis player instead of casting an actor. It is about a girl and her hardships to chase her dream to become a tennis player. I am sure the film will inculcate awareness towards sports amongst youth. Tennis Buddies is a tale of a girl tennis player who dares to liberate herself from the shackles of her tennis obsessed Coach cum father, only to get trapped in the Misogynistic society of Haryana. A victim of her father’s long standing animosity with the antagonist, she emerges unscathed, accomplishing her stated goal of fetching redemption for her father. A father daughter relationship in midst of a savage gender disparity and depicted among the settings of the glorious game of tennis”

Says Rajesh Gohil Administrative officer of Children’s Film Society India (CFSI), “Since we believe the sports is but extension of life we, under stewardship of the chair person Mukesh Khanna, we  set out to produce a sports film since we knew that our long time associate Anoop Wadhwa has a fetish for sports and also keen on writing we approached him and in our collaboration the concept of film Tennis Buddies germinated and the rest as a raise is history.” The film also starring Divya Dutta, Ranveer Shorey, Shivani Desai, Major Bikramjeet Singh, Amar Talwar ,Charu, Sharma and Introducing Dakshata Patel has been directed by Suhail Tatari. The film has been slated for release on 29th March 2019.