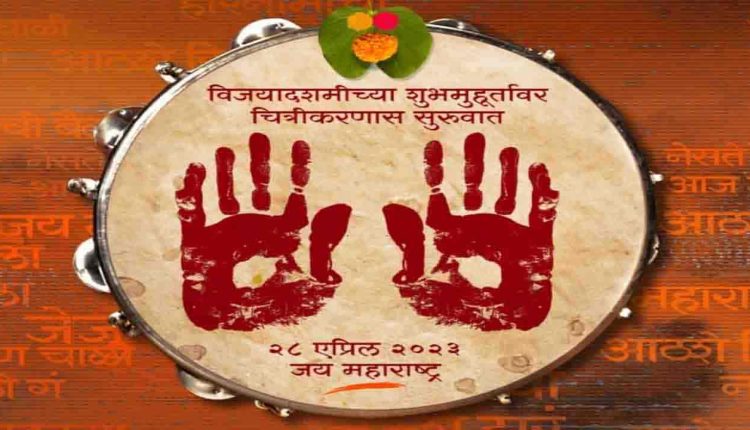 The shooting of the biopic on Shahir Sable who was known as the ‘Shahir of Maharashtra’ took off on the auspicious occasion of Dussehra on Wednesday October 5, 2022. The first take was given on the set erected at picturesque Wai in Satara, the birthplace of Shahir Sable.The film is all set to release on April 28, 2022 across the state. 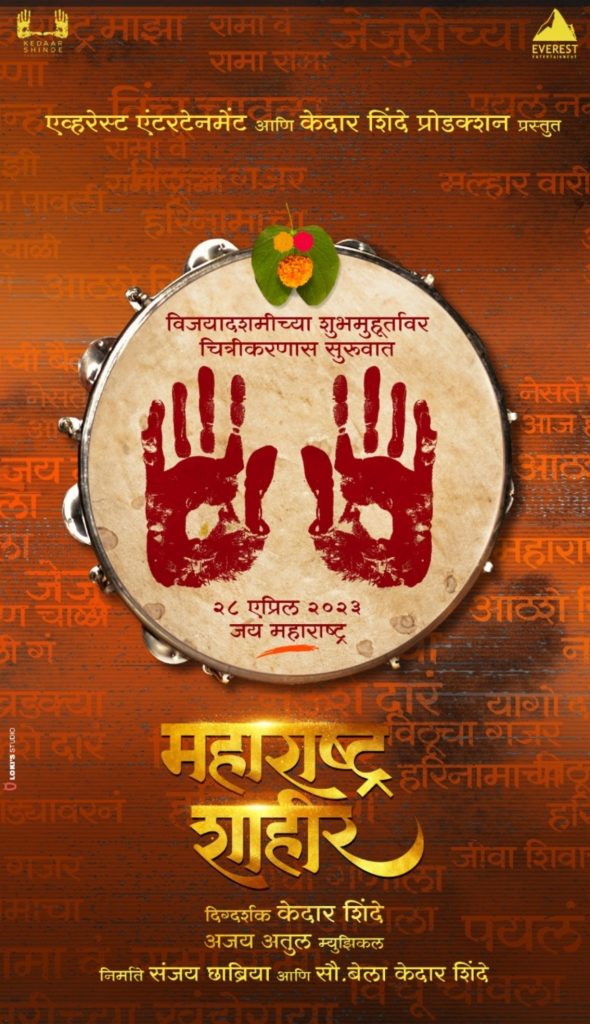 The first shot of Maharashtra Shahir, which has created a buzz in the film industry, was attended by Producers Sanjay Chhabria and Bela Kedar Shinde along with the entire crew and cast of the film. The film is directed by Kedar Shinde, while the music is by leading director duo Ajay-Atul. The film features Ankush Chaudhari, Sana Shinde among other leading artists from the industry. The script of the film has been penned by noted writer and director Pratima Kulkarni. They all were present on the occasion.

Presented by Everest Entertainment and Kedar Shinde Production, Maharashtra Shahir maintains the suspense over the artists who have been playing the roles of the characters of the contemporary personalities in the life of the great artist. After having revealed a few surprises related to the making of the film, the producers will gradually announce the names and personalities related to the film in one or another way.

The producers recently roped in social mediasensation class-VI student Jayesh Khare to sing a song for the childhood character of Shahir. Music director Ajay-Atul came across his YouTube performance in which he has sung a song from latest hit Chandramukhi in his classroom in a village near Shirdi.  Tracing back to his village, the music director brought him to Mumbai and made him sing the song which has been aptly performed by him. Similarly, the audience was taken by surprise by the announcement that the character of Shahir Sable’s wife is being played by Shahir’s granddaughter Sana Shinde, who is Kedar Shinde’s daughter. Perhaps for the first time in the Marathi film industry, a grandson is directing a biopic of his grandfather. Kedar is Shahir’s grandson. The revelations have created a buzz about the film even before the beginning of its shooting.

Speaking about the beginning of the shooting of the film, Kedar Shinde said, “The biopic on my grandfather Shahir Sable is a historic moment for all of us. I am happy that I am playing a role in realizing the dream. I have the great influence of my grandfather on my life. Under his guidance and mentorship, I learned a lot which helped me in doing good work in this field. The day of the beginning of the shooting is a golden moment for all of us.I am happy and feel proud about it. As a grandson, I feel proud about Shahir’s greatness, but he was much greater as an artist. We were working on the film for the last two-and-a-half- years. The film will help youngsters and today’s generation to get many answers to their questions including that about our artists from yesteryears, their struggle to achieve the feat they reached at and the contribution to their motherland through  their art.”