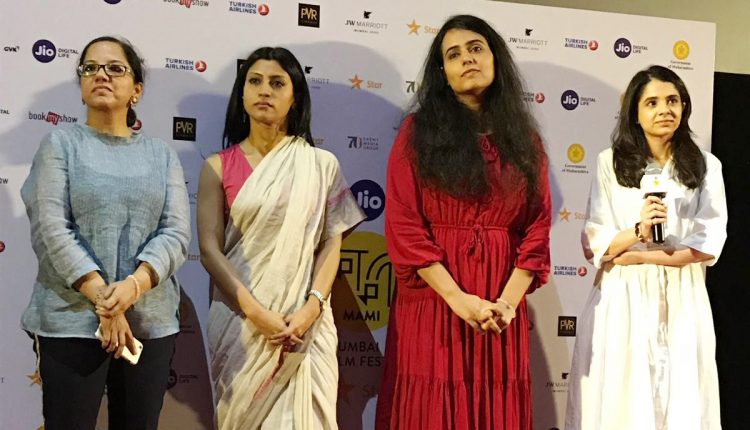 ‘A Monsoon Date’ presented by Eros Now, a premium over-the-top (OTT) by Eros International PLC premiered at MAMI 20th Mumbai Film Festival under the category ‘Anthology Of Shorts’. The bittersweet short film captured the heart of the audiences and received very encouraging response. Written by Gazal Dhaliwal, ‘A Monsoon Date’ is directed by Tanuja Chandra starring Konkona Sen Sharma and chronicles the story of a young woman who is about to reveal a heartbreaking truth about her past to the man she’s dating.The short film was followed by a interesting panel discussion on LGBTQ community hosted by Ritam Bhatnagar, Head of Indian Film Project with panelists Tanuja Chandra, Konkona Sen Sharma, Gazal Dhaliwal and Ridhima Lulla, Chief Content Officer, Eros Group.