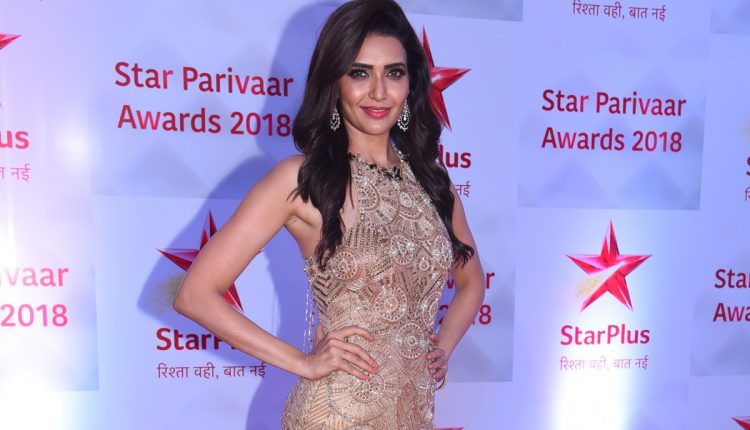 StarPlus’ Star Parivaar Awards 2018 was a visual spectacle which was graced by the who’s and who of the small screen. The annual award show was a mixed bag of emotions and honoured the incredible performances of the Parivaar members.

The glamour queen, Karishma Tanna was one of the big winners of the night and bagged the award ‘Sparkling Diva’ for her character Gauri in StarPlus’ ‘Qayamat Ki Raat’. Karishma gave an earnest speech thanking her first producer and director Ekta Kapoor. She further added, “I thank Ekta maám and Balaji for making me who I am today. Without their support, guidance and encouragement, I would not have been able to grow as an actor and come this far. I owe my success to them for recognising me and giving me a platform to shape as an actor. I am also really grateful to StarPlus’ for honouring me with this award and making me a part of their wonderful Parivaar.”

Karishma Tanna, who rose to prominence, with her portrayal of ‘Indira Virani’ in Ekta Kapoor’s exemplary show StarPlus’ ‘Kyunki Saas Bhi Kabhi Bahu Thi’, went on to become a household name and a style icon who enjoys a huge fan following. Currently, Karishma’s show on StarPlus’ Qayamat Ki Raat, has been widely recognised and appreciated by the viewers for its riveting storytelling and impressive performances by the star cast.