The team of Manmarziyaan brings the house down in Bangalore !

By Team Bollyy On Sep 11, 2018
446
Share
The music of Dev D went on to win composer Amit Trivedi a National award and the maverick now reunites with director Anurag Kashyap for Manmarziyaan.
Anurag Kashyap is back with his rendition of a musical love story, this time around revisiting romance in the bylanes of Amritsar with colours, emotions and music pulsating through his story.
Already touted to be the album of the year , the music of the film came live to audiences across the country with the  “Manmarziyaan concerts”, as the starcast of the film Abhishek Bachchan, Taapsee Pannu & Vicky Kausal,director Anurag Kashyap, music director Amit Trivedi & his band and over 20 singers toured across main metro cities in India.
After touring across Mumbai, Pune, Hyderabad ,Chandigarh and Delhi , the Manmarziyaan concert finally closed with a bang at Bangalore.
Apart from performing to the songs from the Manmarziyaan album, the starcast also danced to London Thumakda from Queen and Kajra Re from Bunty Aur Bubli .While Abhishek played the dhol, Vicky had a group of girls overwhelmed when he called them on stage to dance with him . Junior Bachchan even threw his jacket into the audience, on request of his female fans and performed Garba on stage with Amit Trivedi. 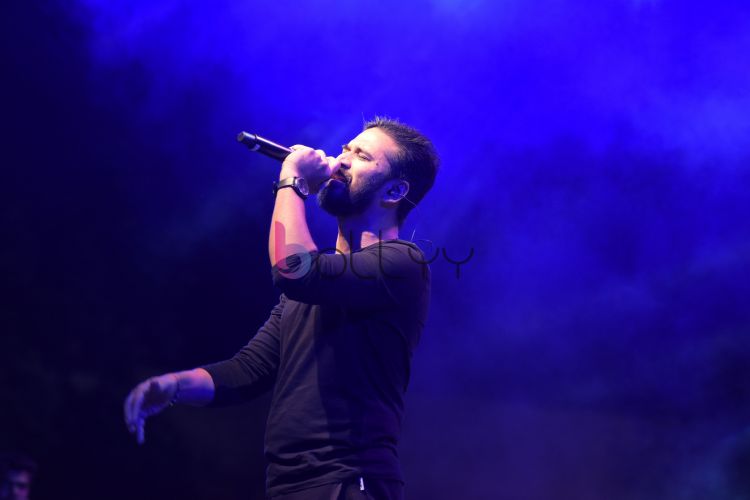