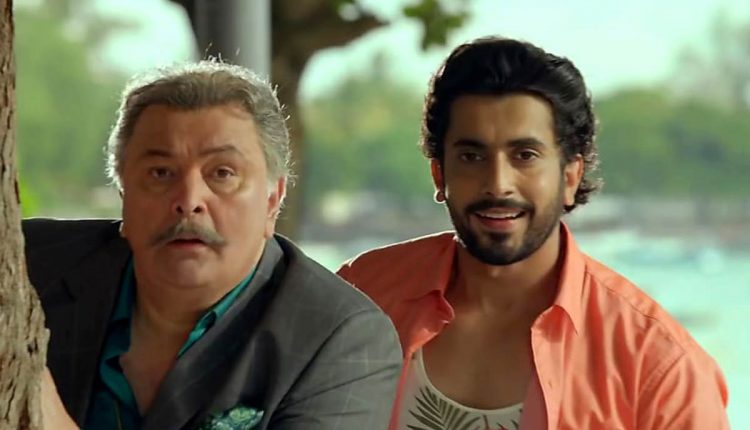 Looking at the tremendous response garnered at the unveiling of the trailer of the  Rishi Kapoor,  Omkar Kapoor, Sunny Singh starrer, Jhootha Kahin Ka , it looks like it aspires to earn audience goodwill for its comic timing, entertaining one liners and will give new direction to situational and witty humour in Bollywood. The trailblazer comic caper which also stars Jimmy Sheirgill, Lillete Dubey, Rajesh Sharma and Manoj Joshi revolves around two students who are reluctant to return to India owing to their fascination for Mauritius and its high living it, prompting one of the boy’s simpleton father to embark on a surprise visit, only to open up a Pandora’s box of fabrications and hoaxes.

Anuj Sharma states, “We were convinced and had faith in our director Smeepji and our writers who have put their heart and soul into the scripting of Jhootha Kahin Ka, and we really feel this film could serve as laughter medicine for our audiences. Rishiji as always has done a commendable job and you will get to see him at his hilarious best”. Deepak Mukut states, “This film promises to be a comical riot and viewers will get to see every character in a never seen before avatar.” Smeep Kang states, “Like in Punjabi films, my ambition has been to provide wholesome entertainment for families. I think we have been able to achieve that and all wishing to laugh their way out of theatres will find their recipe in Jhootha Kahin Ka.”Jhootha Kahin Ka is directed by Smeep Kang, produced by Deepak Mukut and Anuj Sharma, under the banner of Shantketan Entertainments and presented by Soham Rockstar Entertainment. The film releases on 19th July