I sometimes seriously think that God is not as smart as he is made out to be by millions, billions and trillions of those who believe in him. I wonder why he makes only one human being in a particular mould and pattern and then forgets all about them and goes on to mould lesser and less wanted people to occupy this world and that too without any warranty.

Again, some strange thoughts that come to this mind which has always been crazy and is showing all signs of growing more crazy as it grows older with time. I have been thinking about one of my favourite human beings and actresses, Neetu Singh eversince her birthday on July 9 on which they the one-time Baby Sonia turned sixty (oh my god!!)… 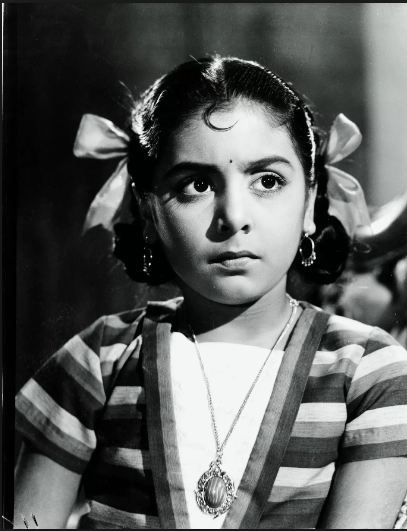 All through the seventies and eighties there was a celebration of a child’s life when Baby Sonia was seen in all places and studios where Hindi films were being shot. She was mostly accompanied by her mother, Mrs Rajee Singh who is said to have been the owner of a Chinese eatery on Hill Road, one of the richest and most popular places in the ‘Queen of the suburbs’, Bandra.

Baby Sonia was all that a child-girl her age should be (but which is something entirely impossible today when babies of her age then are trying to be more smart and worldly wise than their mothers and even their grandmothers).

This Baby Sonia took very little time to make her talent as a child known and she was signed by some of the best filmmakers in Bombay and even the South. She had the rare privalage of being recommended by some of the most well-known actresses and the best of the directors who specialised in making family-oriented films. It was Baby Sonia all the way…. 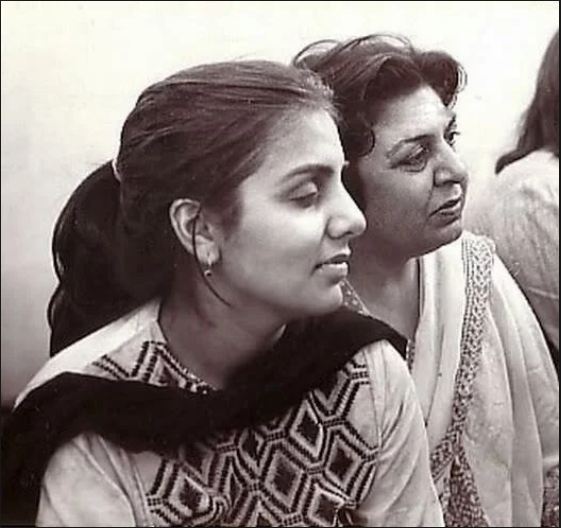 Till a time came when a filmmaker from the South found in her the kind of talent who could even take on a double role and needless to say, Baby Sonia became and still is the only child artist who played a double role in a film called “Do Kaliyaan” which is still remembered by that generation and must be seen by today’s generation to remember what a geniunely good performance is for generations to come…

He continued to be the most popular child artist, but by the time she was fifteen, she was ready to face the camera as the leading lady of a film called “Rickshawala” which was a remake of a Tamil film in which Sivaji Ganesan was the hero, but for the hindi remake, the filmmakers chose a new actor who was slowly making it, Randhir Kapoor. Little did Neetu or Randhir know what time, destiny or call it fate had in store for them…. The film flopped miserably. 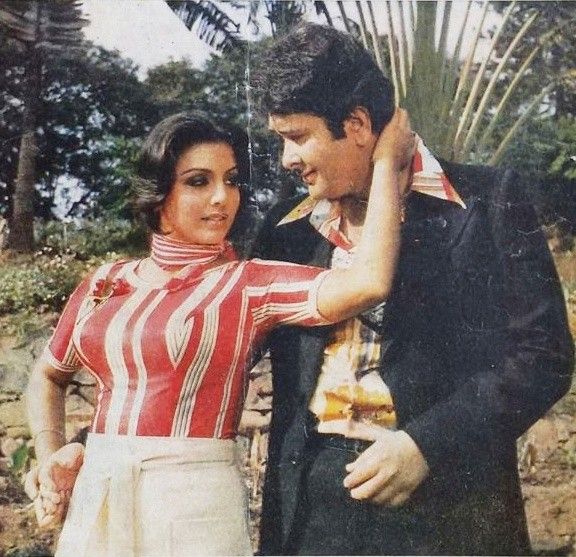 But Neetu Singh was recognised and wanted as an actress and kept doing films off and on with all the big heroes of the time. But her real good times started when she was teamed with Rishi Kapoor who was the new and most romantic hero of the time after Dev Anand. There was something very special about this team, especially if they were lovers in a film which had a number of dances and songs and a lot of youthful mischief. Among some of the twelve films this team did together are“Zinda Dil”,“Khel Khel Mein”,“Kabhie Kabhie”,“Amar Akbar Anthony”,“Doosara Aadmi”,“Jhoota Kahin Ka”and“Duniya Meri Jeb Mein”. 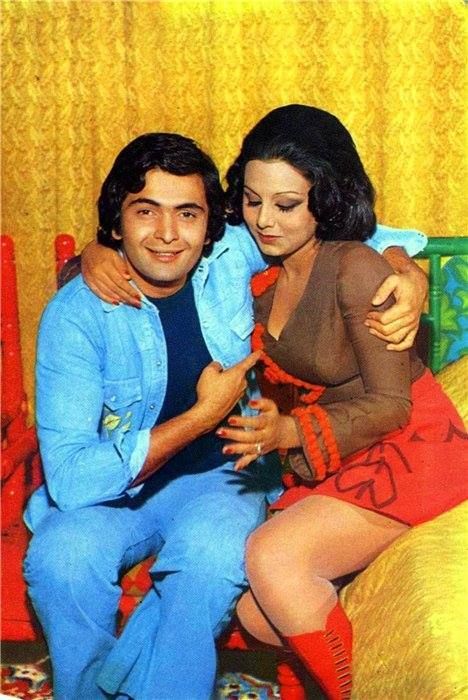 They were professionals and wanted to do more exciting roles, but except for “Doosara Aadmi”and“Kabhie Kabhie”, they only did love stories and so much of being together and in love (so what if it was make believe love?) had to have some personal impact on two young people. What happened to Rishi’s father, Raj Kapoor and Nargis, his heroine of eighteen films also happened with Rishi and Neetu and they had fallen in love deeply. The only difference was that Raj Kapoor couldn’t marry Nargis, but Rishi and Neetu had a grand marriage which was celebrated at the now defunct RK Studios and gate crashers were so many that Rishi’s uncles, Shammi and Shashi made it their jobs to find out gate crashers, beat them up and throw them out of RK Studios. 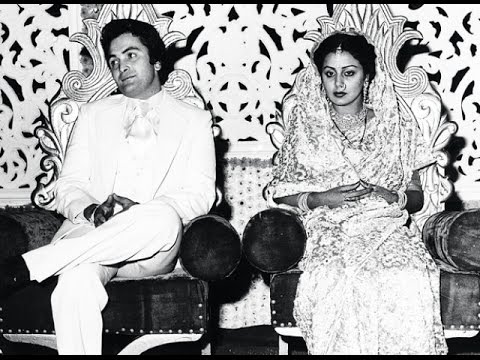 There were many who believed that Neetu like the wives of all the other Kapoors would not be allowed to work in films again. Neetu seemed to follow the RK traditions for twenty-three years during which time she helped her husband in establishing his career and even building his own palatial house on Pali Hill which was named ‘Krishna Raj'(named after Rishi’s mother Krishna and his father Raj). They also had two children, Riddhima and Ranbir. Neetu was the perfect house wife and also knew how to keep her husband who she once called ‘a brat’ under control. Rishi’s biggest weakness was whisky and Neetu tried her best to make him give up drinking, but she couldn’t till he landed in hospital in America last year…. 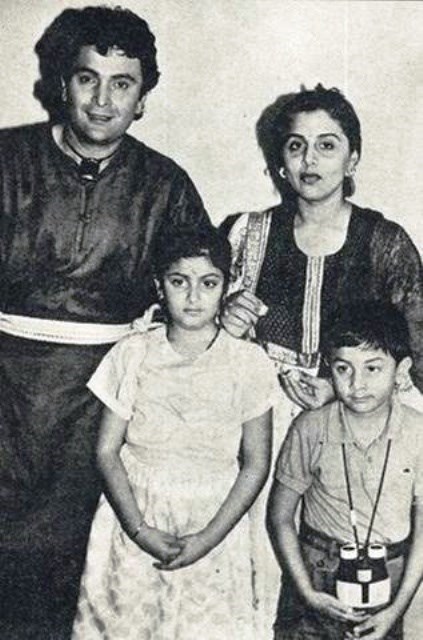 It was only after her long break of twenty-three years that Neetu who still looked young and graceful came back to films and most of the films she again did were her husband who was now one of the most wanted and highest paid character actors. The two again made a good team in films like “Love Aaj Kal”,“Do Dooni Char”,“Jab Tak Hai Jaan” and “Besharam” which was easily the most ‘besharam’ film they did together in all their forty years and have not been seen together again….

The last one year has been a very hectic and tense year for Neetu. She has been spending all her time by the bedside of her ailing husband and now when she knows that her ‘Chintoo’ is well on the road to recovery from she is planning and making preparations to arrange the marriage of their only son with Alia Bhatt who they have already approved of as the daughter-in-law of the house. 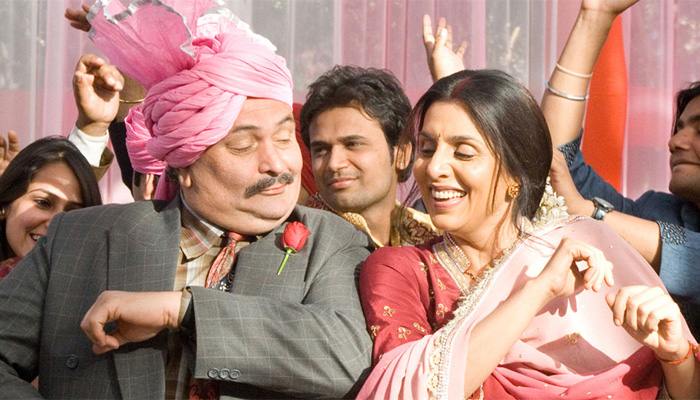 Sixty should and will be only a new beginning for a complete woman like Neetu Singh and I hope my wish for her who I have seen through all the phases of her life believe.