This beauty pageant is going to join the team of Zero

Working with Shah Rukh Khan is the dream of many Bollywood actress. Deepika Padukone and Anushka Sharma are the lucky one’s who has done their debut alongside Shah Rukh Khan in the movie Om Shaanti Om and Rab ne Bana di jodi respectively. And now once again there will be a new face who will be seen in the upcoming Shah Rukh Khan movie Zero.

Sushrii Shreya Mishraa is the name who will be joining the Zero team. She was the third runner up in the 2015 Miss United Continents pageant. The lady has shot for the Kingfisher Calendar 2016, graced the cover Grazia India Magazine and has done commercials for brands like Garnier. 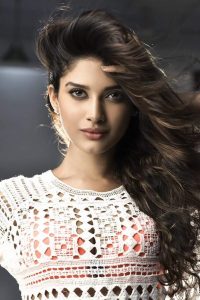 As per the latest buzz, Sushrii has been roped in to play Abhay Deol’s girlfriend in the movie. The beautiful lady has already shot for the movie and is pretty strong and sure about her debut. Talking about her experience, Sushrii went on to praise her co-star Abhay and the movie and how Mukesh Chabbra’s casting company was the sole reason for her to bag this role.

Zero is being helmed by Aanand L. Rai which features Shah Rukh Khan, Katrina Kaif and Anushka Sharma in lead role. The movie is going to hit the theatre on December 21.