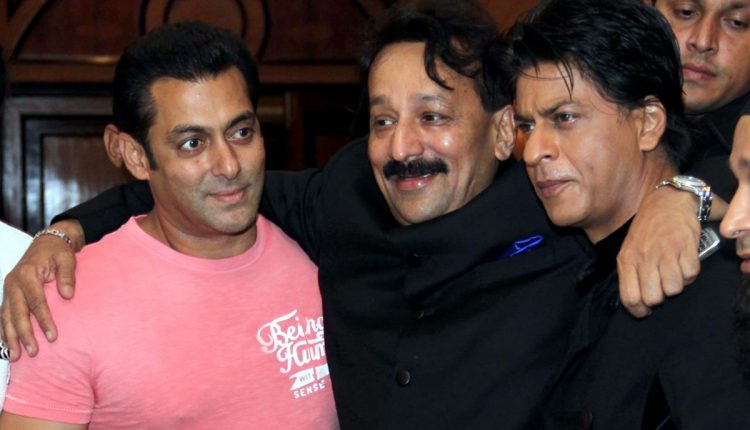 This is How Shah Rukh Khan made Up This Eid

It was Baba Siddique’s Iftar Party that two of the biggest superstar of our nation came up, hugged each other and the rest is history. Shah Rukh Khan and Salman Khan made up and broke their anger with each other with a hug and the Karan-Arjun duo was back.

After that ‘epic’ event Sallu Bhai and King Khan have been seen hugging each other at every Iftaar. In fact, Iftar became synonymous with Sallu and SRK’s hugs and bonhomie.

This year though there was no power hug witnessed! While Race 3 star made his super starry presence felt at the much talked about do, SRK did not turn up to showcase his ever-flourishing camaraderie with Salman. It was later dawned on us that Shah Rukh Khan was busy shooting for his film Zero in US.

Since Anushka Sharma and Katrina Kaif, SRK’s co-star from Zero were back in the city, we were expecting King Khan too be back in Mumbai, and attend the party. The hug was missing and now , let’s see how King Khan will make up to it.

On the work front, Shah Rukh Khan is busy shooting for his next, Zero alongwith Katrina Kaif and Anushka Sharma. The film is slated to release on 21st December, 2018 and is been directed by Aanand L.Rai.