“Though centuries ago, my great grandfathers were maharajas in their kingdom today Rohit Shetty Sir alone is a maharaja in his own right”.

Today is Sara Ali Khan’s 25th birthday. To wish her on her birthday, we reproduce for bollyy.com and Mayapuri, this interview of SARA ALI KHAN who is the daughter of Saif Ali Khan and Amrita Singh taken on the eve of the release of her maiden film Simmba two years ago by JYOTHI VENKATESH, who is a friend of her parents Amrita Singh and Saif Ali Khan

Your role in Simmba is smaller in comparison with your debut role in Kedarnath!

Yes. My role in Simmba is smaller but then I was calmer in the film than I am actually in real life. The film had an ensemble star cast and I play the role of a cop’s daughter in the film. Her life is totally different from that of mine. I had to make it a ‘live-wire’ character by mingling easily with the world of cops and run a catering service for the cops 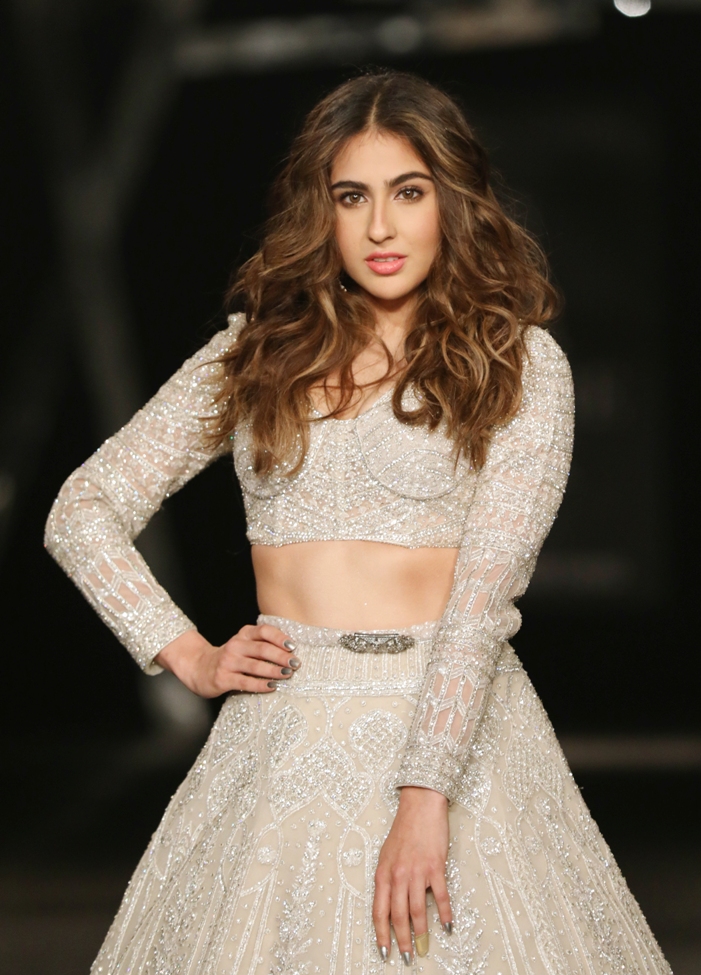 What is tough about your role in Simmba?

Though behavior wise, hers is a calmer character, she is very strong from within. She is a sweet girl capable of giving a tip or two on encounters and shoot- outs to even the tough cops.

In what way was Simmba a different experience from that in Kedarnath?

I feel that every film that one sets out to do as an actor is by itself an entirely different experience. You feel different while doing the promos and the actual shoot of a film on the sets. Even for a minute, I never felt that it was cakewalk for me and instead I felt that there was more pressure on me after Kedarnath in Simmba, though I had become an actor by then. I want to keep for posterity the love and affection that I got from the audiences after Kedarnath. I feel that though I have been given a degree after Kedarnath, the chapter one is not yet over even after Simmba.

How would you describe yourself as an actress?

I consider myself lucky. I did not expect a smooth sailing. I have seen many ups and downs during the shoot of Kedarnath. I remember I had been to Rohit Shetty’s office many times to seek work. He thought that I would visit him with my mother and manager but I flummoxed him totally by visiting him solo all alone with folded hands.

You mean to say that you did not get Simmba on a silver platter easily!

I am grateful to Gattu Sir because he had offered to cast me in Kedarnath but I’d also be thankful and eternally grateful to Rohit Shetty Sir for having given me work even without having seen my performance in Kedarnath. I got my first offer very easily but there was definitely a lot of pressure in delivering the second time.

In what way are Rohit Shetty and Ranveer Singh different?

Rohit Shetty Sir and Ranveer Singh are undoubtedly the biggest stars  in our country today, especially after the phenomenal success of Simmba but I never thought of them as huge stars on the sets because both behaved with each and every one on the sets with a lot of genuine affection. Can you believe that Ranveer used to look at the monitor regularly and was never complacent? He used to serve ice-cream to the whole crew. I do not think anyone would give Rohit Sir or Ranveer baddua.  When I shot for the song Aankh Maare O Ladka which was choreographed by Ganesh Acharya Master, I used to feel that I was going back home after a fun filled party every day after work. 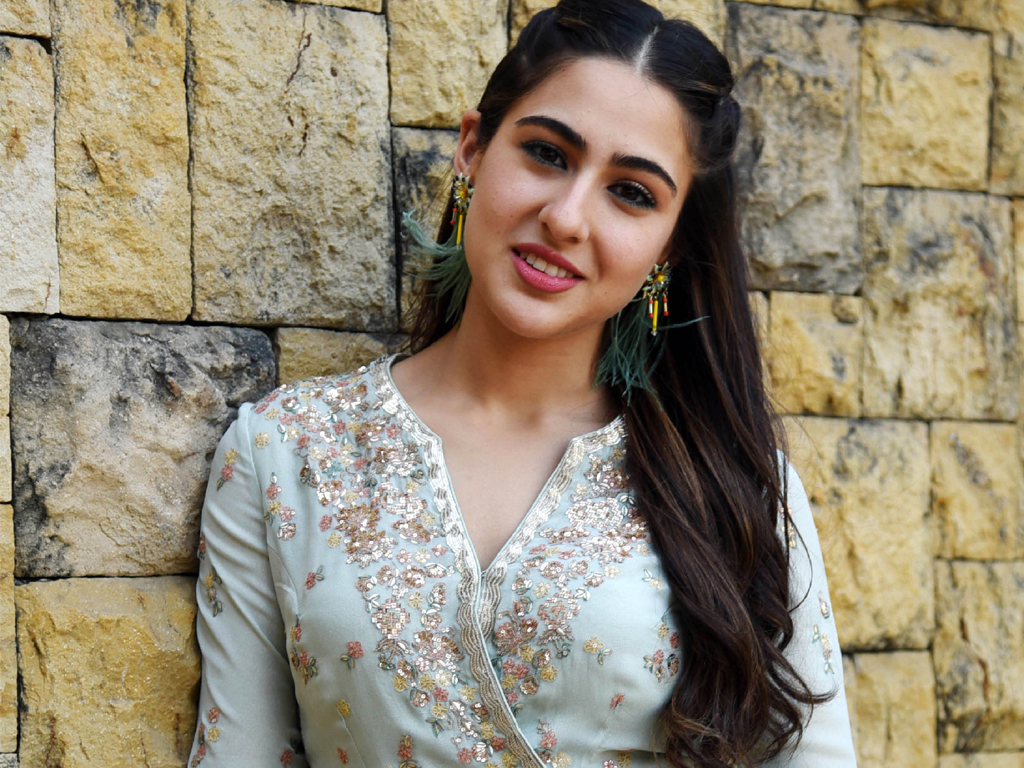 All of us used to work on double shifts on the sets of Simmba but not a single person used to say that he or she is tired at the end of the shift. I remember in Switzerland, it was biting cold and we were shivering while facing the camera on location. It was what I’d say phaadke tandi  but Ranveer was shooting twice the time that I did but never grumbled or said that he was tired. Ranveer does not waste his energy but conserves it. I did not need any other mentor on Rohit Sir’s sets, because I kept on learning from Ranveer just by looking at him working on the sets. The film belongs equally to the light boy and the spotboy as it belongs to Rohit Sir, Ranveer or me. Many centuries ago, my great grandfathers were maharajas in their kingdom but today I am of the opinion that Rohit Shetty Sir alone is a maharaja in his own right.

Is anyone in your family a hardcore critic of yours?
Honestly no one in my family is critical towards me. I am glad no one has given me the pressure. They cannot view my work unbiased as I am a part and parcel of the family.

Is it true that you address your step mother Kareena Kapoor as Poo?

What rubbish! I am her ardent fan and can never bring myself to call her Poo. I call her Kareena, and not Poo.

What is your approach towards your work on the sets?

I feel that I am very new even though I am already two films old as I do not have much experience of work or for that matter a method to perform as I have not done different films with different directors. I just work on my own conviction. If I am not convinced, I won’t be able to work in a film. And as I see all films, I also consider myself an ardent cinegoer. After working in not one but two films consecutively, I have now realized that different films offer the actors different kinds of challenges and it is not at all easy for one to give a full on performance in between Action and Cut.

Name the actors who have inspired you a lot?

I think frankly each and every actor has inspired me till date. I feel scared to say a particular name because I am inspired but just cannot become like them. I have been impressed by Sridevi as she has always done altogether different characters differently like in Sadma and Chaalbaaz. I am also a fan of Shabana Azmi and have seen her films like Arth, Sparsh and Masoom but at the same time I just cannot say that I have been inspired by them because I cannot reach up to their great heights as of now.

Your mother does not accompany you everywhere. What does your mom Amrita Singh say to you about you as a performer?

Every mother’s dream is to see how successful her son or for that matter daughter is in life. My mother helps me a lot. She guides me about the kind of lipsticks that I should select and whether the color I choose is good or not but does not at all interfere in my work. As such she has struggled hard to bring me up in life, why should she accompany me wherever I go? If I were a doctor instead of an actor, do you think my mother would have accompanied me wherever I went?

There is a lot of comparison between you and other newcomers like say Janhvi Kapoor. What do you have to say about this?

Being a debutante, I understand the pressure that is involved with a debutante actress. I have seen Dhadak and I should say that Janhvi Kapoor and Ishaan Khatter were superb. Though the media likes to pit us against each other, the truth is that Jhanvi and I are very comfortable with each other and we understand that people who compare us also are doing their own job at the end of the day. (Laughs)

What did you learn from Sushant Singh Rajput when you acted with him on the sets of Kedarnath?

It was a different experience while working with both Sushant Singh Rajput and Ranveer Singh. Sushant Singh Rajput played more of my mentor as Kedarnath was my very first film whereas while working in Simmba, Ranveer was very helpful by way of being my inspiration. I feel that the media has always behaved warmly with me and also written nice things about me. People used to feel that I am very arrogant and do not at all give them time but that is because there is a lot of difference between being an actor and a joker.

You have already acted with actors like Sushant Singh Rajput and Ranveer Singh. Is there any other actor with whom you would love to work in films?

Frankly speaking, I want to work with every actor in the industry today, be it Salman Khan, Aamir Khan and Shah Rukh Khan or Varun Dhawan, Ranbir Kapoor and Akshay Kumar. I have absolutely no ego at all and would not mind knocking at every one’s doors with folded hands. I feel that though Kedarnath was appreciated and Simmba is a huge hit, I am nobody and hence I know that when I seek work, it does not at all mean that I am begging.

Honestly, I feel that beyond a certain point, it does not matter when two of your films are released one after the other with just a two week gap. The point is that you have to work hard and nothing is there in your hands whether it is your hair, your dialogue or for that matter your film’s release date. To tell you the truth, if I am convinced about my character, I am game to play any kind of a role but I think still I am far too raw to know what my method is. Even if I make a mistake, I want it to be my own mistake because I want to learn from my own mistakes and go on improving my craft.

What is your advice to newcomers today?

Like I said, I consider myself a newcomer even today after having worked in two films but I’d day that English is limiting me now after I studied in the USA. Since I work in Hindi films, my attempt is to think in Hindi and not English. You should work on your language before you go to the sets.