Sony Entertainment Television’s latest show Ishaaron Ishaaron Mein is a show that cannot be called any less than one of its kind. Love-story of Yogi, a hearing-impaired boy is a fresh concept brought to the viewers by SET.  If you ask the stars, how they got discovered in the industry, there will be many unique stories to tell. Similarly, actor Debattama Saha playing the character of Pari in Ishaaron Ishaaron Mein has a story about how she was discovered, which is quite unique.

Debattama Saha who is amused to work on Ishaaron Ishaaron Mein said, “My career started as a Bengali actress. I have worked in many Bengali serials before for over a year and a half. Recently, with the trend of Tik-Tok started everyone’s got a way to explore themselves as actors and performers. Even though the videos were just for fun they blew up on the app. The response to my videos was overwhelming.”  The actress turned Tik-Tok fame added, “I was discovered by the Ishaaron Ishaaron Mein team because of the Tik-Tok popularity. I am very fortunate that the team found me on Tik-Tok and that lead to the role of Pari.” 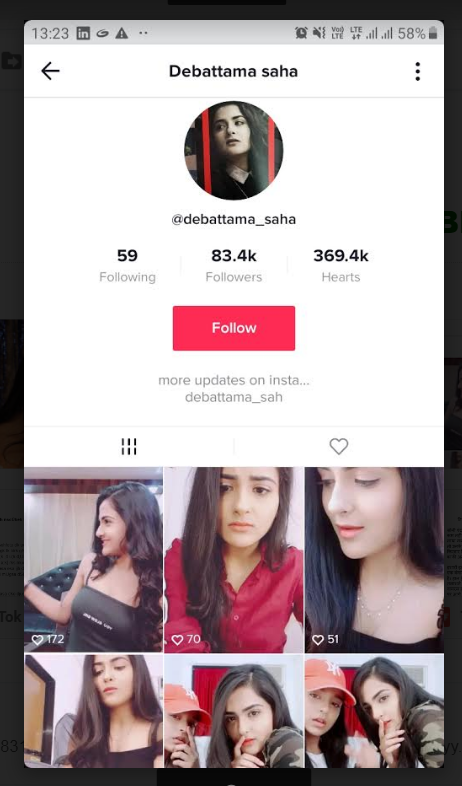 The Tik-Tok fame praised the show by saying, “I feel very grateful for being a part of a show that is as progressive as Ishaaron Ishaaron Mein. The show would raise awareness about sign language and help the hearing-impaired people. To understand the gestures and hand-sign language even we too are taking workshops, which is helping us perform better in the show and also is evolving me as an actor. Looking forward to doing some great work.”

Anusha Dandekar Gets Candid On How She Became A VJ

THE LORD OF THE RINGS: THE RINGS OF POWER ACTRESS MORFYDD CLARK REVEALS SHE PASSED…