After Aamir Khan and Salman Khan, it is Akshay Kumar whose movie will be soon releasing in China

After getting huge appreciation in India, Toilet- Ek Prem Katha is now all set to release in China on June 8. The film is a satirical comedy to improve sanitation conditions in India with an emphasis on the eradication of open defecation, especially in rural areas. The movie which features Akshay Kumar and Bhumi Pednekar with great social message in it was well received in India and in the overseas market and now for China the expectations are again same. 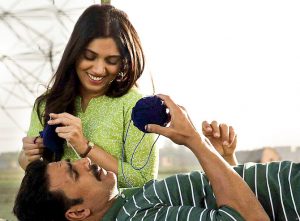 Names like Aamir Khan and Salman Khan is a well-known figure in China because of their movies in China but this will be Akshay’s first release in the country and the makers have targeted a strategy. 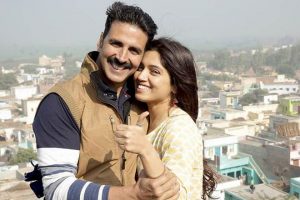 Presently they are releasing the movie Toilet Ek Prem Katha which is titled as Toilet Hero for the Chinese audience in just 4300 screen across China. And if things work out well they might increase the screen space in the coming weeks. But for now, the makers want to maximise profits by releasing in less yet impactful centres.

#ToiletEkPremKatha opens in China this Friday [8 June 2018] across 4300 screens… Titled #ToiletHero for the local audiences… New poster for China: pic.twitter.com/wMTKi2vAf4

In comparison to movies like Bajrangi Bhaijaan, Baahuabli 2 and Dangal, Toilet Ek Prem Katha has got the smallest Indian release in recent times.