Ever since its release, the family drama ‘Tribhanga’ starring Kajol, Tanvi Azmi, and Mithila Palkar has been appreciated for its storyline and received rave reviews from the critics as well as the audiences. Directed by Renuka Sahane, the film has indeed become the first choice for Netflix viewers, taking it to the top of the table in the India Trends of Netflix. We surely hope the film will continue to garner more love around the globe! ‘Tribhanga’ streaming now on Netflix! 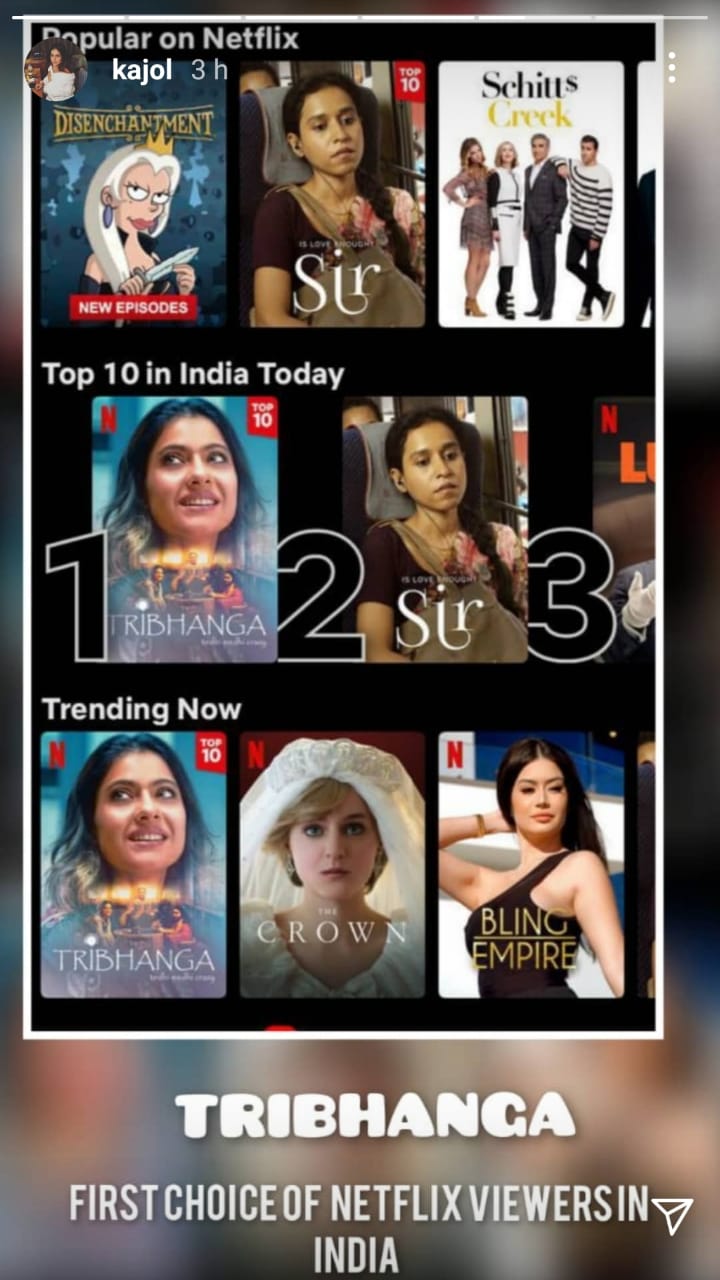 Raghu in Tandav is a character that helped me grow personally, says Paresh Pahuja on playing