Tun Tun “May Be If I Were Not So Fat And Obese, I Could Have Become A Top Singer In Films”

Tun Tun (born on 11 July 1923 and died on 24 November 2003) was the screen name of Indian playback singer and actor-comedienne, Uma Devi Khatri, who is often called the ‘first woman comedienne of Hindi cinema’. Uma Devi Khatri was born in a conservative Punjabi family, in a small village in Uttar Pradesh, where after the death of her parents, while she was still in her teens, she was raised by her uncle. 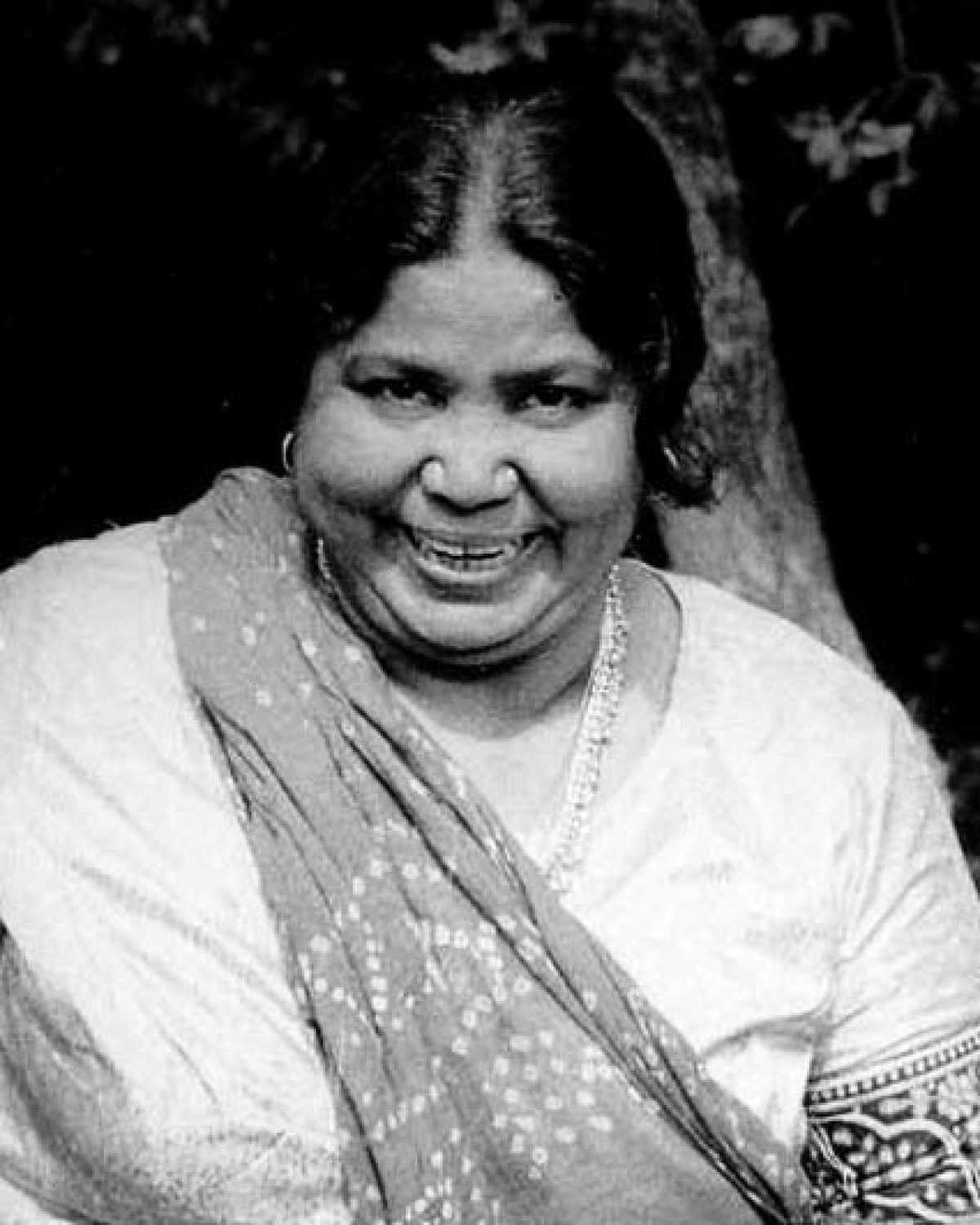 Tun Tun arrived in Mumbai, then known as Bombay at the age of 13, having run away from home, and knocked at the doors of composer Naushad. She told him that she could sing and that she would throw herself in the ocean if he didn’t give her a chance. He auditioned her, and believe it or not, hired her on the spot. She made her debut as a solo playback singer, in Nazir’s Wamiq Azra (1946) and after working with legends like Naushad Ali and soon signed a contract with producer-director A.R. Kardar and went on make a place for herself amidst music stalwarts like Noor Jehan, Rajkumari, Khursheed and Zohrabai Ambalewali.

In 1947, she had huge hits with Afsana likh rahi hoon dil-e-bekrar ka, Yeh Kaun Chala Meri Aankhon Mein Sama Kar and Aaj Machi Hai Dhoom Jhoom Khushi Se Jhoom, which she sang for actress, Munawar Sultana, in A.R. Kardar’s Dard (1947), again under the music direction of Naushad; she also sang a duet, Betaabhai Dil Dard-e-Mohabat Ke Asar So, with Suraiya. A Pakistani gentleman, got so enamored by her song,  Afsana likh rahi hoon, that he never went back, but stayed back in India and even later married her, the couple had two daughters. Her husband, whom she called Mohan, died in 1992. 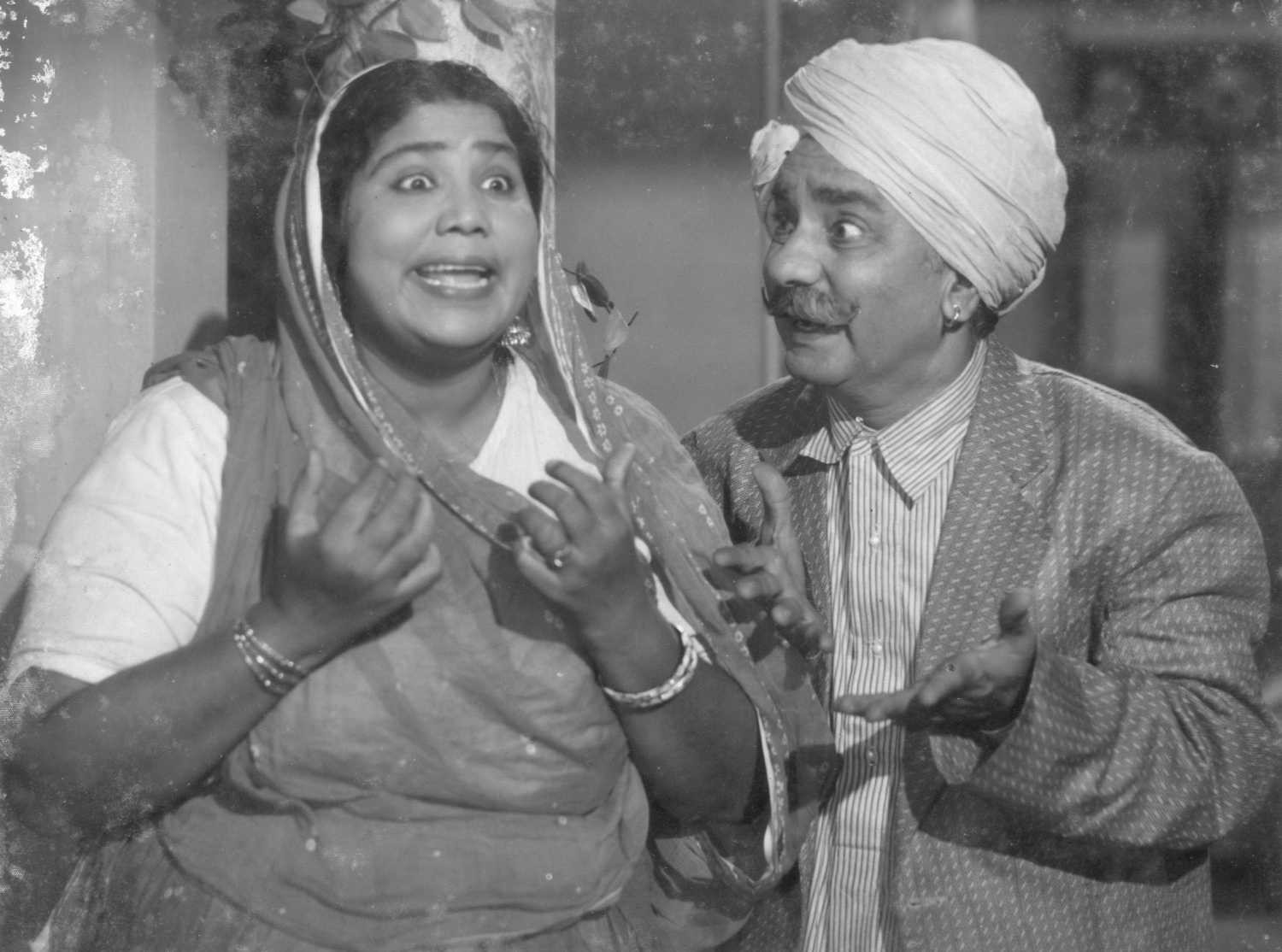 Success of Dard, meant that she next received Mehboob Khan’s, Anokhi Ada (1948), which again had two hit numbers, Kahe jiya dole  and Dil ko lagake humne kuch bhi na paya . This brought her into the league of highly rated playback singers. She reached her peak as a vocalist in, director S.S. Vasan’s Chandralekha (1948), made by Gemini Studio, Chennai, her seven songs, which include hits like, Saanjh ki bela , remain her most accomplish work in her singing career; though signing the film also meant a breach of contract with producer-director, Kardar, which led to her dwindling fortunes in the industry.

Moreover, in coming years, owing to her older style of singing and very limited vocal range, she found it difficult to compete with the rising singing stars, Lata Mangeshkar and Asha Bhosle. Eventually Naushad suggested that she take up acting, because she had a very bubbly personality and wonderful comic timing. He asked his friend actor Dilip Kumar to cast her in one of his films and she appeared in Babul (1950) with him , which had Nargis as the lead actress; it is he who renamed her as ‘Tun Tun’ to suit her comic persona, and name stayed with her, and a comedic legend was born. Since then, Tun Tun never looked back at all. 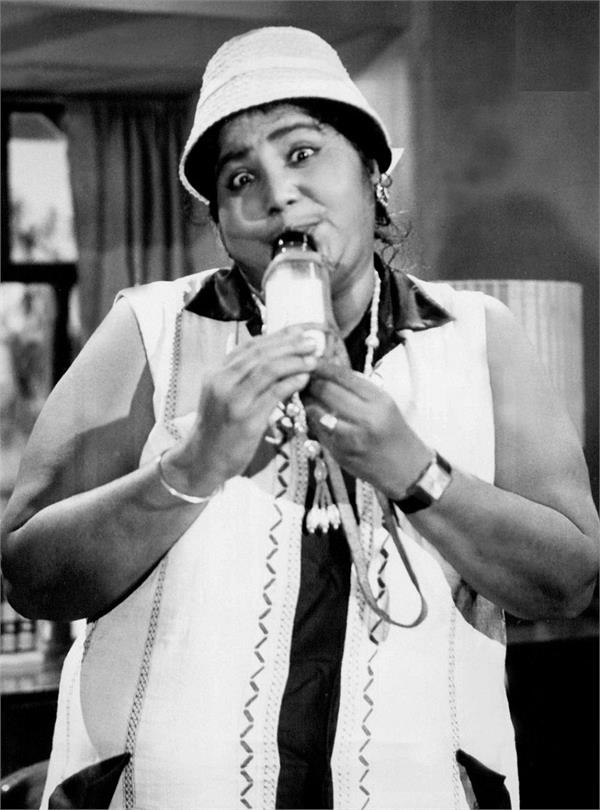 Tun Tun went to act in Guru Dutt’s classics like Aar Paar, (1954), Mr & Mrs 55 (1955) and Pyaasa (1957). In the 1960s and 1970s, she remained as a permanent comic relief in numerous films including the Amitabh Bachchan starrer, Namak Halaal (1982), Prakash Mehra’s blockbuster. In her career spanning five decades, Tun Tun  acted in around 198 films, pairing with top renowned comedy actors of her times like, Bhagwan Dada, Agha, Sunder, Mukri, Dhumal, Johnny Walker to Keshto Mukherjee, and was last seen in Hindi film in Kasam Dhande Ki almost 30 years ago in 1990. She died on 24 November 2003 in Andheri, Mumbai, after a prolonged illness, at the age of 80, and is survived two daughters.

To the avid cinegoer, the name of Tun Tun is synonymous with slapstick comedy. Hers is a household name by now for many are the films in which she has played the run of the mill comedienne. Since her debut in Babul as a sidekick to Dilip Kumar in the 50’s, she continued to tickle the funny bone of the audience with her hip-swinging comic acrobatics- that too with her 50-50-50 vital statistics. 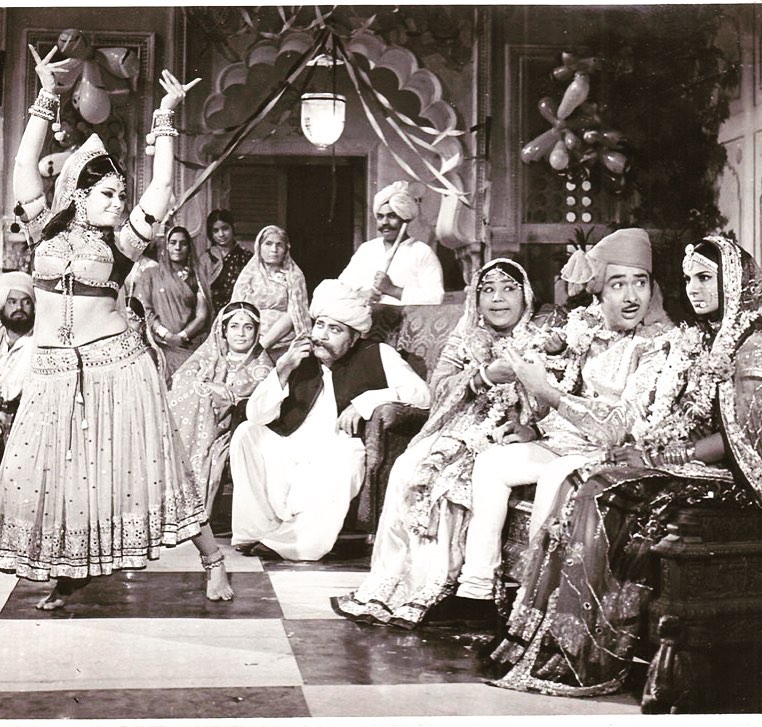 Perhaps very few are aware that Tun Tun had made her inroad into filmdom not as an actress in Babul but as a playback singer in Afsana. As Uma Devi, -that’s her real name- she has rendered some of the evergreen hits in films like Dilwale, Dard, Filmnatak and Chandralekha. “For Chandralekha I sang as many as seven songs- a feat which even Shamshad begum or Suraiya did not achieve in those days. I had to camp almost a whole month at Madras for that. Most of the numbers I sang were solo songs. Those were the days when Lata had not yet made the scene. And naturally I had a field day. Yet I had a tough competitor in Suraiya. Shamshad Begum had almost left the scene then. My duet with Suraiya in Dard was the craze of the audience.”

What led her to stop singing and take to acting? I asked her. “I knew my limitations as a singer. I’d never undergone any training like Lata or Asha. My method was based on intuition and improvisation. As a result I couldn’t sing on a high scale. Naushad who is my raakhi brother knew this defect of mine pretty well and kept on telling me that he saw more of a mischievous comedienne in me. I decided to fall in line and on the spur of the moment told him that I would act as a funster only if Dilip Kumar were to act opposite me. Naushadbhai immediately consulted Yusufbhai and I was baffled and could not believe my own ears when he created a character especially for me in Babul.” 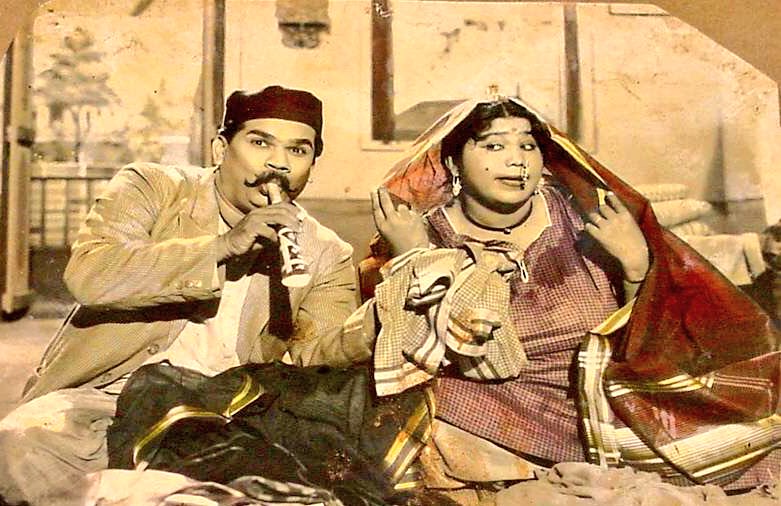 To illustrate her flair for comedy, Tun Tun pauses and asks me what I would like to have- coffee or tea and I replied that I wanted to have something cold and promptly Tun Tun called out to her maid and asked her to bring a glass of cold water, telling me aapne mera kharcha bacha diya hai chai bananeka and winked at the maid and asked her to fetch a bottle of Coca Cola.

“As Uma Devi in real life, I played the character of Tun Tun in Babul. I clicked with the masses after the release of Babul as the fabulous fatso Tun Tun. Both Naushadbhai and Yusufbhai advised me to continue to cash in on the name Tun Tun. I have regaled my fans as Tun Tun in Kohinoor, Deedar, Uran Ka Tola in those days and Humrahi and Benaam recently. Comedy in our films has also improved these days. The masses have become more intelligent and there is also the danger of freaks like me being retrenched from films. That is the reason why I am slowly switching over to character roles. 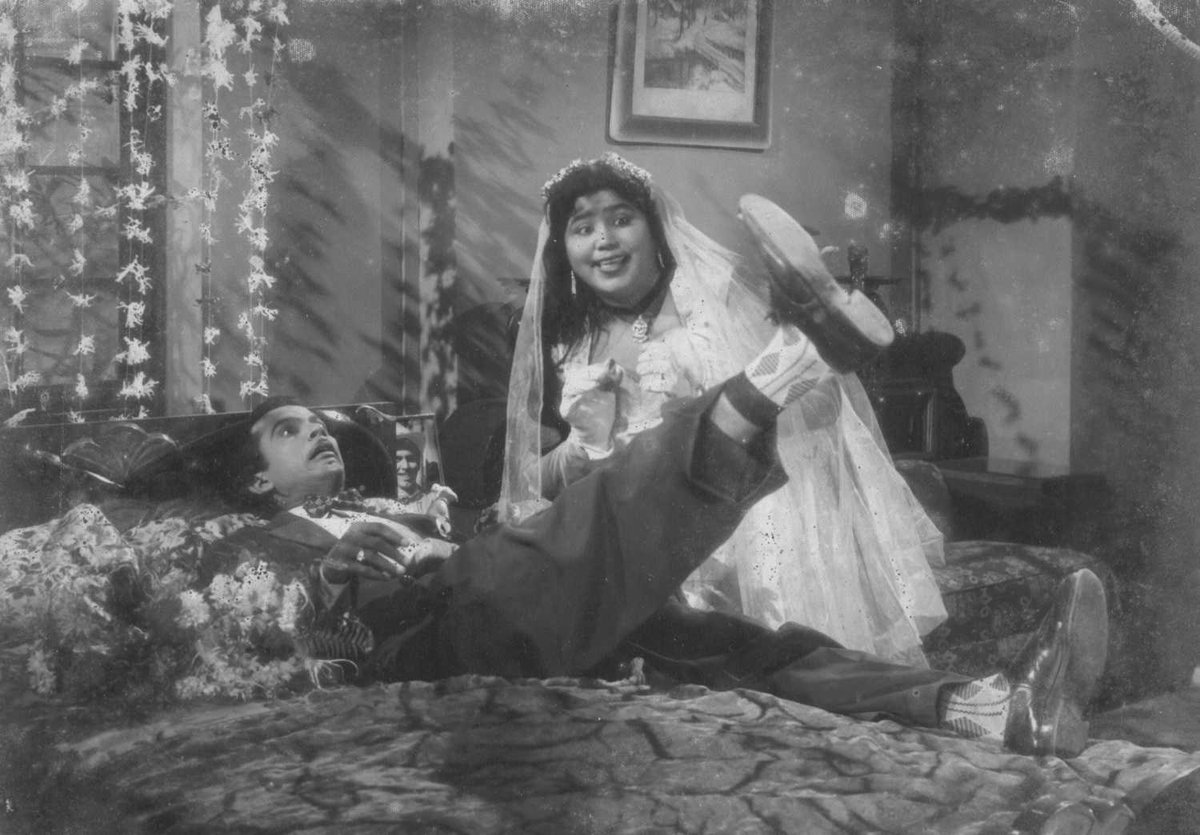 “In a forthcoming film, I am playing mother to Asrani, a top comedian in his own right. But the trouble with our audience is that they will not accept me in a sober, sincere role. They expect me to make outrageous advances to the poor hero all the time or henpeck the comedian husband. Mehmood is lucky because his caliber as a serious actor has at last been recognized by the masses with his Kunwara Baap”

“I am perhaps the only artiste in this profession who has not been rivaled by any one bulk-wise. My bulk is my trump card. I don’t regret that I am fat. I’m lucky I was born this way. However that does not mean that I am not in favor of dieting. I agree dieting is very essential to maintain a slim and healthy body. But where is the need for me to be slim and ravishingly beautiful? I’ve two sons and two daughters. My eldest son is twenty- five years old. It is he who should be on the lookout for a slim and gorgeous bride. My days are gone. The only handicap that my obesity has caused me is bad health. Often I fall ill. It can affect my career. I also have the added responsibility to see that I don’t put on more weight. I have reduced my daily intake of food by 30%. 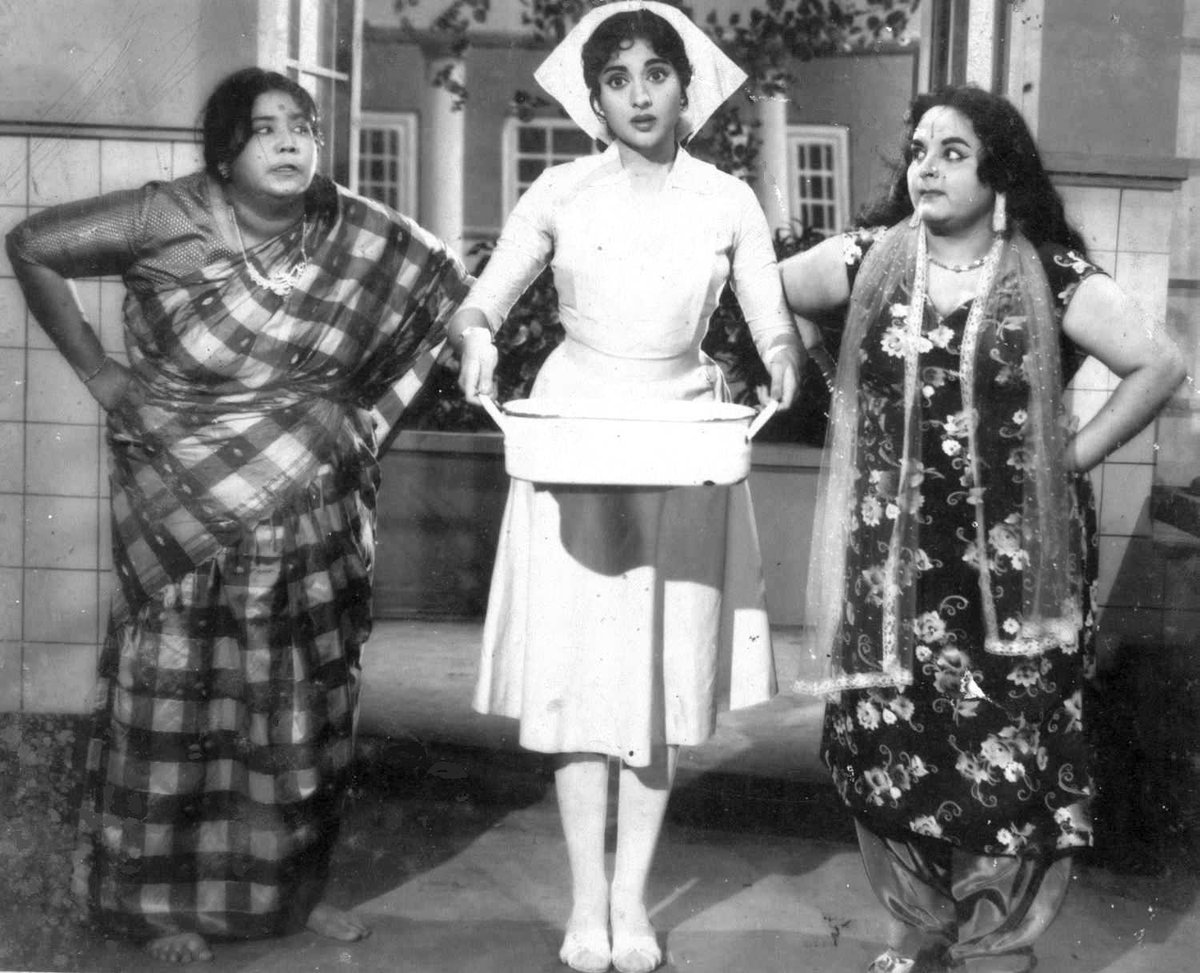 “I should admit I have very few assignments on hand. I used to choose my offers in my peak period. But as far as singing on the stage goes, I am very much in demand, if not in cities at least in the mofussil areas. My name itself lures the people towards my programmes. May be if I were not so fat and obese, I could have emerged as one of the finest singers in our country.”

Bar Hopping On The Cards, Indian Television Set To Witness The Biggest Launch With Nach Baliye 9

“I Think Age Is Surely A Number”- Kunal Thakur

“I don’t belong to an illustrious musical…