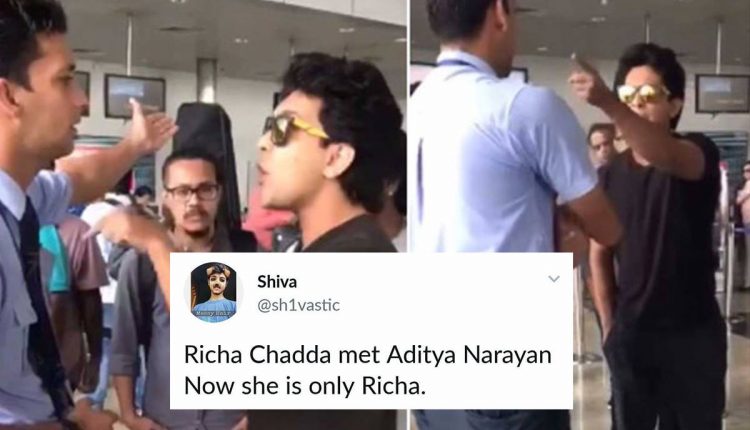 Needless to say, within hours of the video being posted online, it turned into a subject of memes and jokes for Twitter users. Here are some of the best:

1. This is more horrifying than IT itself

2. All the Chadda’s out there, you better be careful

Now she is only Richa.

So next time you want to remove your chaddi, you need to call #AdityaNarayan 😂😂

4. Maybe not even him

Only #Superman is safe with #AdityaNarayan, wo Chaddi Upar se pehenta hai. #Chaddi

6. Even he wasn’t spared

7. What has the world come to

A Failed Actor & Singer Who Can't Even Afford To Buy A Piece Of Cloth If It Weren't For Nepotism, Is Threatening To Strip. 🙏#AdityaNarayan

8. We told you, even Superman isn’t safe

9. If anyone’s in need of a brand ambassador

11. This one’s simply our favourite

Here’s the video of what happened at the airport, in case you’re interested:

What do you think about this story? Let us know in the comments section below!